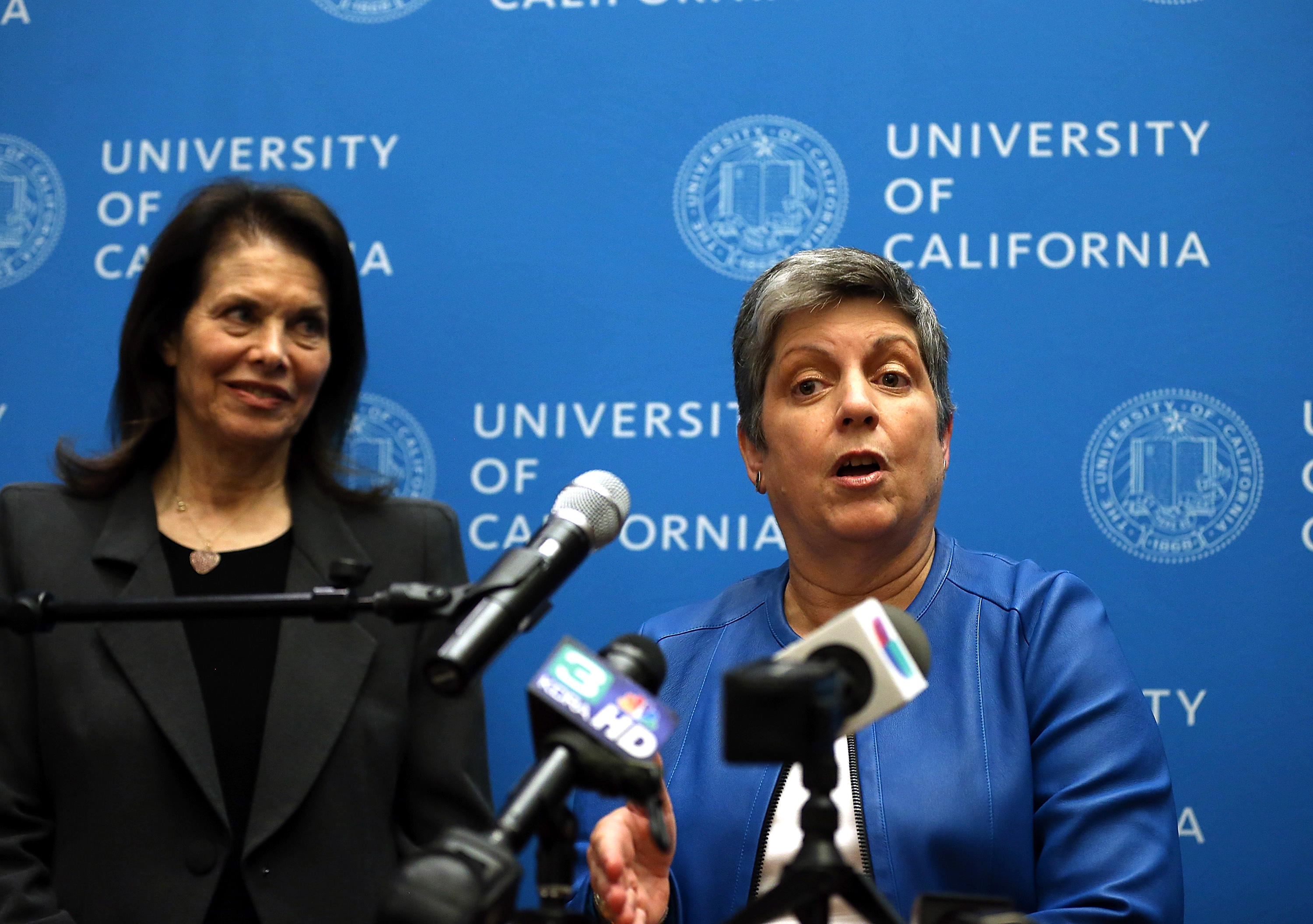 SAN FRANCISCO -- The University of California Board of Regents spent tens of thousands of dollars on parties, including a $17,600 banquet the night before they voted in January to raise student tuition, according to a newspaper report Sunday.

"I will be regrettably supporting the tuition increase, and I think that every single one of us in this room doesn't want to raise tuition for our students," Regent Charlene Zettel said at the January meeting, according to CBS San Francisco station KPIX-TV. "It's very painful for all of us."

The office of UC President Janet Napolitano has reimbursed the regents for more than $225,000 in dinner parties since 2012, the San Francisco Chronicle reported. During that period, the regents held four to six gatherings a year for themselves, their spouses and other guests.

Two weeks ago, on May 17, the regents threw a $15,199 party at San Francisco's elegant Palace Hotel for 59 people - a $258-a-head event also billed to the university. Hours earlier, angry students shut down the regents meeting, shouting "greedy" in protest of the tuition increase and revelations by State Auditor Elaine Howle that the university president's office kept $175 million in secret funds.

"The office of the president is not doing a good job," Howle told the regents, according to KPIX-TV.

The day after the party, regents defended Napolitano after Howle presented her audit.

"There aren't many people of her quality, lifetime of public service and integrity and resume that are even willing to put themselves forward to come and run a public institution like UC," Regent Bonnie Reiss said, according to KPIX-TV.

"We're not talking about malfeasance," Regent Norman Pattiz said. "We're talking about lack of clarity in the process of saying where it's all going."

But the regents agreed to Howle's recommendations.

Regents' dinners are a tradition going back decades using private funds bequeathed to the university, UC spokeswoman Dianne Klein said. But even some regents say the cost should be borne by those attending, not by a university system that demands more money from students and the state.

"These things are unnecessary," said Lt. Gov. Gavin Newsom, a regent who did not attend the January or May dinners. When told the January dinner cost $17,600, Newsom said it was "inappropriate."

Gov. Jerry Brown, also a regent, did not attend the January or May dinners, according to his office, which said he was unavailable for comment.

Among the dinners documented by the Chronicle was a $8,800 party in November 2014 as the regents considered raising tuition by up to 28 percent over five years. The regents approved the tuition increase, which was later rescinded following negotiations between Napolitano and the governor.

A $15,600 feast in March 2013 came as former UC President Mark Yudof said at that month's meeting that UC was "working to weather the financial crisis."

One government watchdog said the Jan. 25, 2017, party on the eve of the tuition increase creates the impression of a conflict of interest.

"These types of dinner events look really, really bad, and they give the appearance that (Napolitano) is buying the support of the regents," said Jamie Court, president of the good-government advocacy group Consumer Watchdog. He called the dinner parties outrageous.

These parties also raise questions about the effectiveness of the regents' spending policy, the newspaper said. UC policy prohibits reimbursements for "entertainment expenses that are lavish or extravagant" and limits dinners to $81 a person.

The Chronicle first identified the high-priced regents dinners in documents obtained from the state auditor after Napolitano's office came under fire last month for keeping secret funds and paying executives salaries much higher than similar positions at other universities or in government work.

That audit questioned how well the 22 regents were doing their job overseeing Napolitano's $686 million office, headquarters for the university system. Howle recommended that the Legislature take over the job, suggesting that would increase accountability.