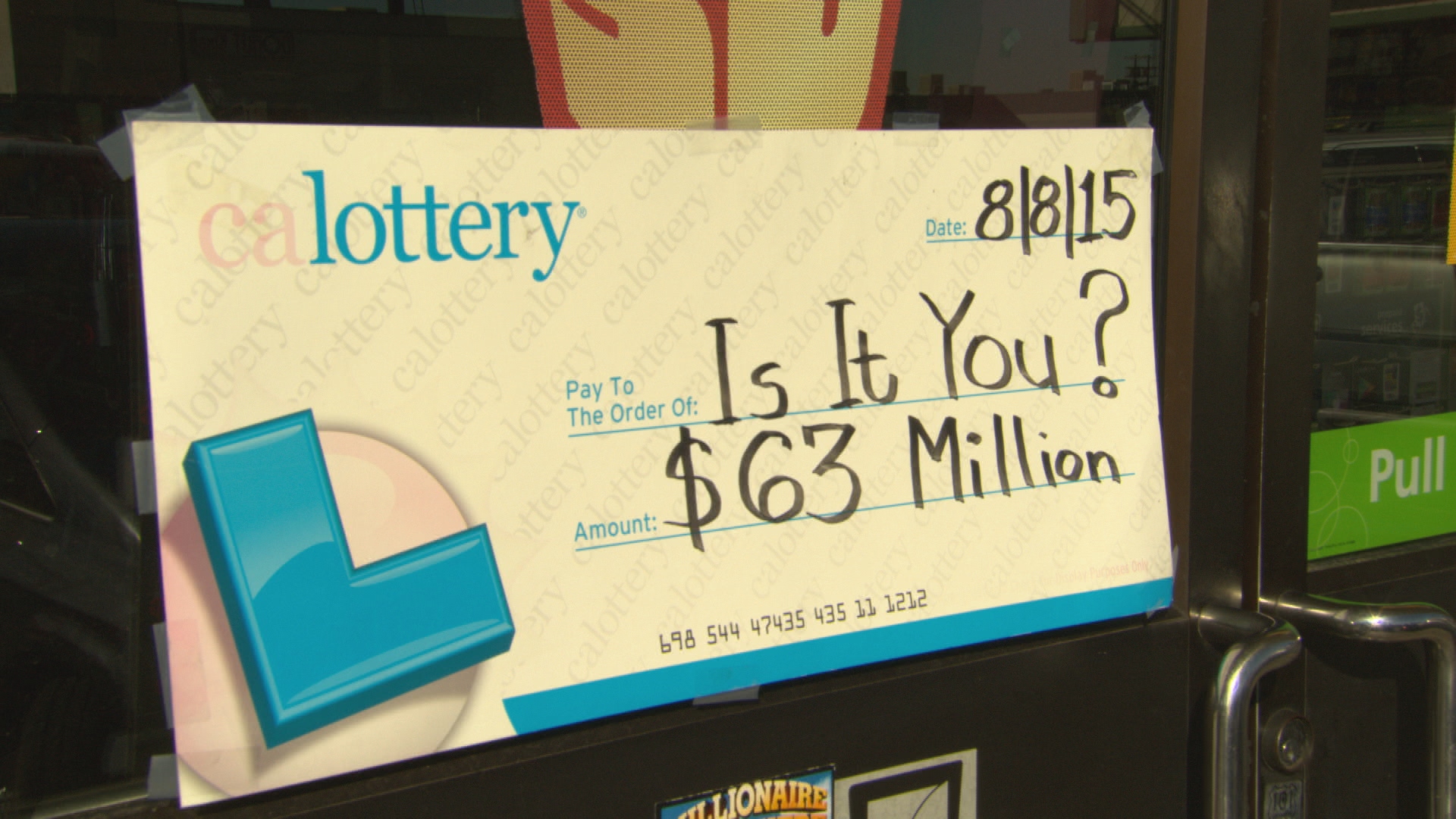 Today will either be one of the best days of someone's life or the one they regret for a very long time. Whoever bought the lucky ticket for the $63 million jackpot in California has to come to a lottery office by the end of the day -- or that piece of paper goes from being worth $63 million to $0.

The winner of the SuperLotto Plus ticket bought it at a Chatsworth 7-Eleven in August, reports CBS News correspondent Ben Tracy. It matched all the winning numbers, 46-1-33-30-16 mega number 24, and hit the jackpot.

The odds of winning? One in 42 million.

Lottery winners have 180 days to claim their prize and lottery, officials say, but so far, nobody has turned in the winning ticket.

"In this case, I don't think there's any reason why anyone would wait, other than the fact that they're trying to locate this ticket, or they're none the wiser that they've won this prize," California Lottery spokesperson Alex Traverso said.

But on Wednesday a California man sued the lottery and the state of California saying he was the winner. Brandy Milliner said he turned in the ticket but the lottery sent him a letter saying it was "too damaged to be reconstructed" and that "the lottery is unable to process your claim."

Last month's frenzy surrounding the nearly $1.6 billion dollar Powerball jackpot overshadowed the story of this unclaimed prize. But lottery winnings are routinely left on the table.

"When you get to that half-way point of the six-month period, then you start to worry that potentially this ticket's lost," Traverso said.

The man behind the Lotto Lotto app says about $2 billion of lottery prizes go unclaimed every year. Roughly 114 prizes worth $1 million or more were never collected in 2015.

"Everyday, I getsomebody coming in saying, 'Oh, I wish it was me, oh, I think it is me.' So I say, 'Go home and check your ticket,'" 7-Eleven employee Arsel Nazir said.

So if nobody has a valid winning ticket, where does all the money go? The winner will be public schools in California who get all unclaimed lottery prizes. The owner of the convenience store that sold the winning ticket still gets paid. He already got his $315,000 check.