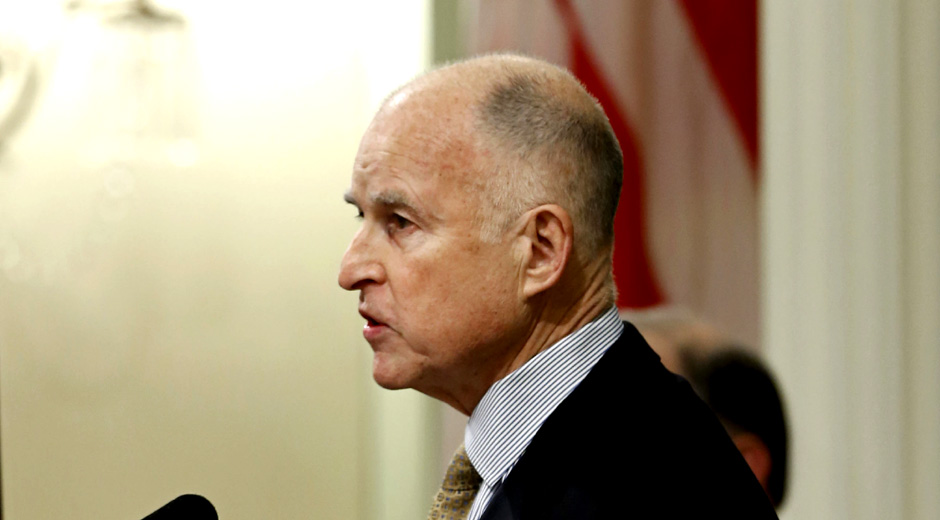 Democratic Gov. Jerry Brown announced that he had signed AB1266, which also will allow transgender students to choose whether they want to play boys' or girls' sports. The new law gives students the right "to participate in sex-segregated programs, activities and facilities" based on their self-perception and regardless of their birth gender.

Supporters said it will help reduce bullying and discrimination against transgender students. It comes as the families of transgender students have been waging local battles with school districts across the country over what restrooms and locker rooms their children can use, disagreements that have sometimes landed in court.

The National Center for Lesbian Rights and the ACLU of California were among the bill's supporters. Detractors, including some Republican lawmakers, said allowing students of one gender to use facilities intended for the other could invade the other students' privacy.

Such fears are overblown, said Carlos Alcala, spokesman for the bill's author, Democratic Assemblyman Tom Ammiano of San Francisco. In general, he said, transgender students are trying to blend in and are not trying to call attention to themselves.

"They're not interested in going into bathrooms and flaunting their physiology," Alcala said.

He also noted that the state's largest school district, Los Angeles Unified, has had such a policy for nearly a decade and reported no problems. San Francisco schools also have had a policy similar to the new law, and numerous other districts signed on in support of the legislation.

"Clearly, there are some parents who are not going to like it," Alcala said. "We are hopeful school districts will work with them so no students are put in an uncomfortable position."

The Gay-Straight Alliance Network said two states, Massachusetts and Connecticut, have statewide policies granting the same protections, but California is the first to put them into statute and require them in all school districts.

The governor's action was criticized by a Sacramento-based conservative organization, which said previous state law was sufficient to address the concerns of transgender students and their families. Before Brown signed AB1266, state law already prohibited schools from discriminating against students based on their gender identity.

"The answer is not to force something this radical on every single grade in California," she said.

She said the new law does not require students to prove they have a gender-identity issue, but rather requires school administrators to rely on students' opinions of themselves. England also noted that there is no accurate way to gauge the effect of such policies because no uniform data on student or parent complaints is being collected.

She predicted school districts will face lawsuits from parents of other children who feel their rights have been violated by the new law.

Supporters of the bill say it will help students, not harm them. "In reality, this is about the safety of our trans students," Ben Hudson ofthe Gender Health Center told CBS Sacramento affiliate KOVR in May. He said transgender students must have the same opportunities all boys and girls to succeed in school.

"These students are often in fear of their own safety, and their own protection. They're concerned about being bullied in school," he said.

Hours after the governor's signing was announced, a conservative legal group based in Sacramento issued a news release soliciting plaintiffs for a future lawsuit against the law, which will take effect Jan. 1. The Pacific Justice Institute says AB1266 has the potential to raise privacy questions and lead to a type of reverse discrimination if it prevents students from making a sports team "because someone from the opposite gender took their place."