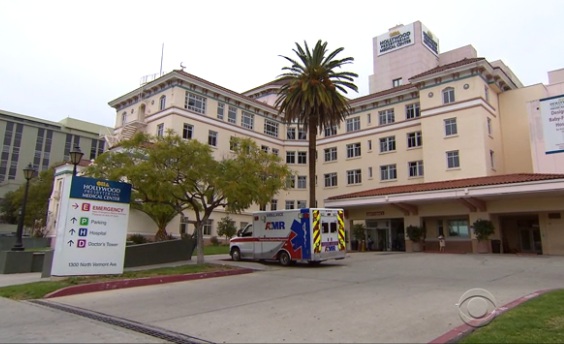 LOS ANGELES -- The FBI is leading the investigation of a hostage situation at a California hospital -- but it's not people who were being held, it was the hospital's computer system.

Inside Hollywood Presbyterian Hospital, computer screens were dark since hackers took over the data network almost two weeks ago.

Calls to the hospital's media line were met with a voicemail recording.

"We want to assure you that patient care at CHA Hollywood Presbyterian has not been compromised, as we continue to address this incident," the voice recording said.

The attack used what's known as "ransom-ware" -- malicious software that encrypts files which can only be unlocked with a software "key" after a ransom is paid.

In this case, hackers demanded, and the hospital paid an $17,000 in the digital currency bitcoin -- which is nearly impossible to trace.

The hospital released a statement Wednesday evening saying, "The amount of ransom requested was 40 Bitcoins, equivalent to approximately $17,000. The malware locks systems by encrypting files and demanding ransom to obtain the decryption key. The quickest and most efficient way to restore our systems and administrative functions was to pay the ransom and obtain the decryption key. In the best interest of restoring normal operations, we did this."

Since the attack, the medical center staff had resorted to pen and paper and even fax machines for communications.

In the statement, the hospital said the system is back up and running.

"HPMC has restored its electronic medical record system (EMR) on Monday, February 15th. All clinical operations are utilizing the EMR system. All systems currently in use were cleared of the malware and thoroughly tested. We continue to work with our team of experts to understand more about this event," the statement read.

The FBI confirmed the attack but declined to comment on its investigation. Hollywood Presbyterian has not responded to CBS News' requests for comment.