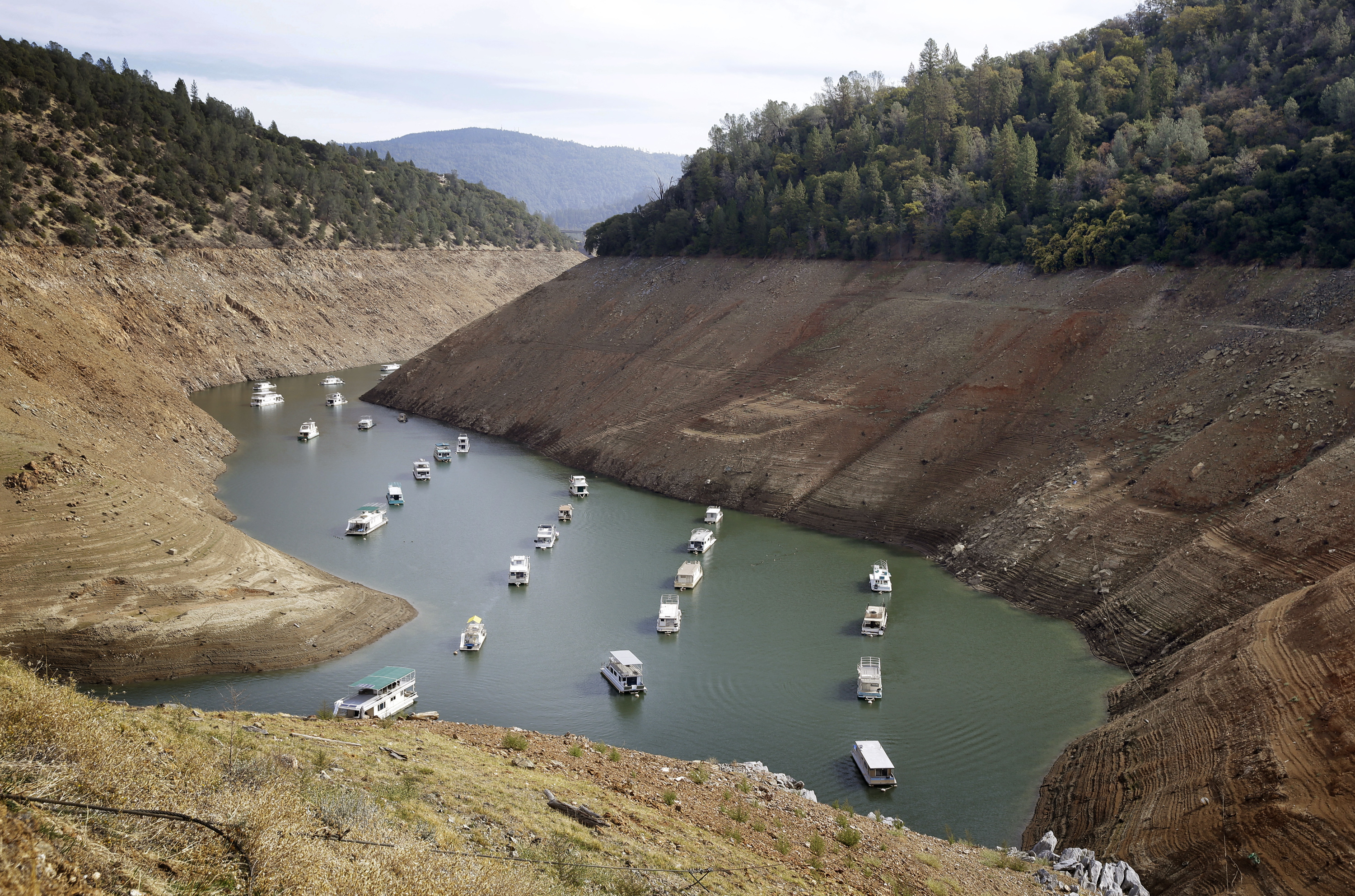 SACRAMENTO, Calif. -- Gov. Jerry Brown on Tuesday called for $10,000 fines for residents and businesses that waste the most water as California cities try to meet mandatory conservation targets during the drought.

The recommendation was part of a legislative proposal Brown said he would make to expand enforcement of water restrictions.

His announcement came as his administration faces skepticism about his sweeping plan to save water and just hours before regulators were scheduled to release an updated plan assigning each community a water use reduction target.

"We've done a lot. We have a long way to go," Brown said after meeting with the mayors of 14 cities, including San Diego and Oakland. "So maybe you want to think of this as just another installment on a long enterprise to live with a changing climate and with a drought of uncertain duration."

The governor also said he is directing state agencies to speed environmental review of projects that increase local water supplies. Mayors have complained that such projects have been delayed by red tape.

Brown's action will not extend to the construction of dams and reservoirs. A legislative panel on Monday rejected a bill supported by Republicans to expedite construction of water storage projects near Fresno and north of Sacramento.

Last summer, state regulators authorized $500 fines for outdoor water waste, but few cities have levied such high amounts. Many agencies have said they would rather educate customers than penalize them.

The mayors who gathered Tuesday with Brown did not indicate they were seeking higher fines.

Brown said steep fines should still be a last resort and "only the worst offenders" that continually violated water rules would be subject to $10,000 penalties. It was unclear what kind of violations those would be.

California is in its fourth year of drought, and state officials fear it may last as long as a decade. State water officials on Tuesday toured the High Sierra by helicopter, finding snow at only one of four sites that normally would be covered, said Frank Gehrke, chief of snow surveys for the California Department of Water Resources.

"We'd be flying along at 10,000 feet, where there should be an abundant snowpack this time of year, and it's dry, dusty ground," he said by telephone.

Brown previously ordered a mandatory 25 percent reduction in statewide water use in cities and towns after voluntary conservation wasn't enough to meet his goals.

The state's most recent proposal, released last week, calls for water use to plummet by as much as 36 percent in some communities. Some cities say the targets are unrealistic and possibly illegal. And some Northern California communities say their longstanding legal rights to water protect them from having to make cuts to help other parched towns.

The current conservation plan is based on per-capita residential water use last summer. Some agencies have offered alternatives that reflect greater demand for water in more arid parts of the state and give credit for conservation efforts before the drought began.

Fresno Mayor Ashley Swearengin said she was pleased that the governor intended to streamline regulations for such things as her city's planned surface water treatment plant and a water recycling facility.

Earlier this month, an appeals court struck down tiered water rates designed to encourage conservation in the Orange County city of San Juan Capistrano, saying rates must be linked to the cost of service.

Brown, however, said the ruling does not eliminate using tiered water rates but added "it's not as easy as it was before the decision."

Brown did not release any specific language related to his proposed legislation, and it was unclear whether the Democratic governor had asked any lawmakers to carry it.

In a prepared statement, Assembly Speaker Toni Atkins, D-San Diego, said she was reviewing the proposal but "it's clear that local governments need additional enforcement tools to help them to further increase conservation."