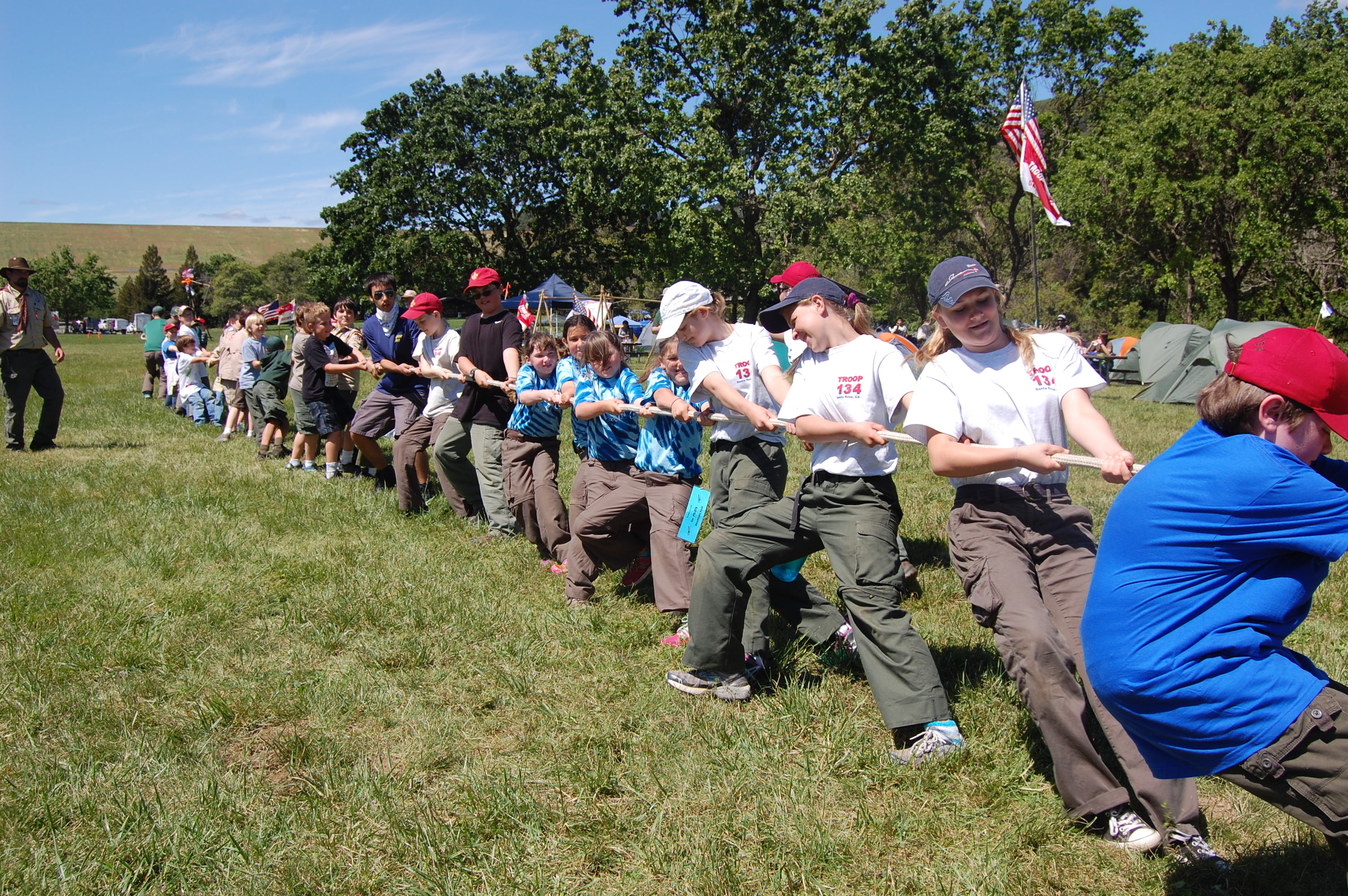 Four months after the Boy Scouts of America made history by allowing gay adults to become leaders, its local chapter in Northern California is facing new pressure from girls, asking to become full members.

They call their group "The Unicorns." The six young girls teach themselves things they didn't learn in the Girl Scouts, like building a campfire.

"I got jealous of what my brother got to do because he's a Boy Scout ...," said 10-year-old Ella Jacobs.

Jacobs and her friend, Allie Westover, decided they were more interested in what the boys were doing. So last fall, they started participating in activities alongside a local Boy Scout troop.

They got so good at competing with the boys, this past spring they won second place in a major scouting competition with other Boy Scouts groups.

"I think they were all a little surprised that we could do the same things that they could," said Jacobs.

News of the girls' participation reached the local Boy Scout council, which last month, barred them from further scouting activities.

"They're just being discriminatory and not nice," said Jacobs. "Because we're girls, they're saying because we're a different gender we shouldn't be allowed to do the same things boys can."

"I don't think that having girls join and having a co-ed program necessarily destroys that tradition," Danielle said.

In a statement to "CBS This Morning" the Boy Scouts of America said, "We understand that the values and the lessons of scouting are attractive to the entire family. However, Cub Scouts and Boy Scouts are year-round programs for boys and young men."

The girls claim the local scout council is breaking its own policy that bars discrimination based on gender. Yet, the federal Title IX law that prohibits such prejudice contains a specific exemption for the Boy Scouts.

"It's understandable because they've been doing this for 100 years," said Westover.

"But I think they should at least try to accept some change," added Jacobs.

"Emotional terrorists": The financial and psychological toll of catfishing scams