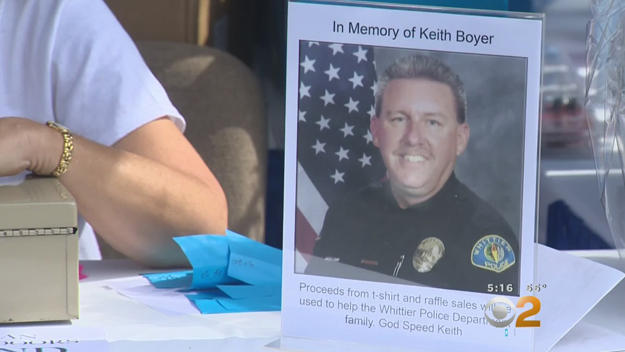 LOS ANGELES -- A California gang member who had recently been released from jail has been charged with killing a police officer and his own cousin.

Michael Mejia, 26, was charged Wednesday with murder with special circumstances, making him eligible for the death penalty. He’s also charged with attempted murder, carjacking and possession of a firearm by a felon.

It’s unclear whether he has a lawyer.

Prosecutors say Mejia shot and killed his cousin in East Los Angeles on Feb. 20, took his car and later crashed it into two other vehicles in neighboring Whittier.

Whittier Officer Keith Boyer was killed, and Officer Patrick Hazell and Mejia were wounded in the shootout.

Mejia, a convicted robber, had been jailed for probation violations but freed about a week earlier.