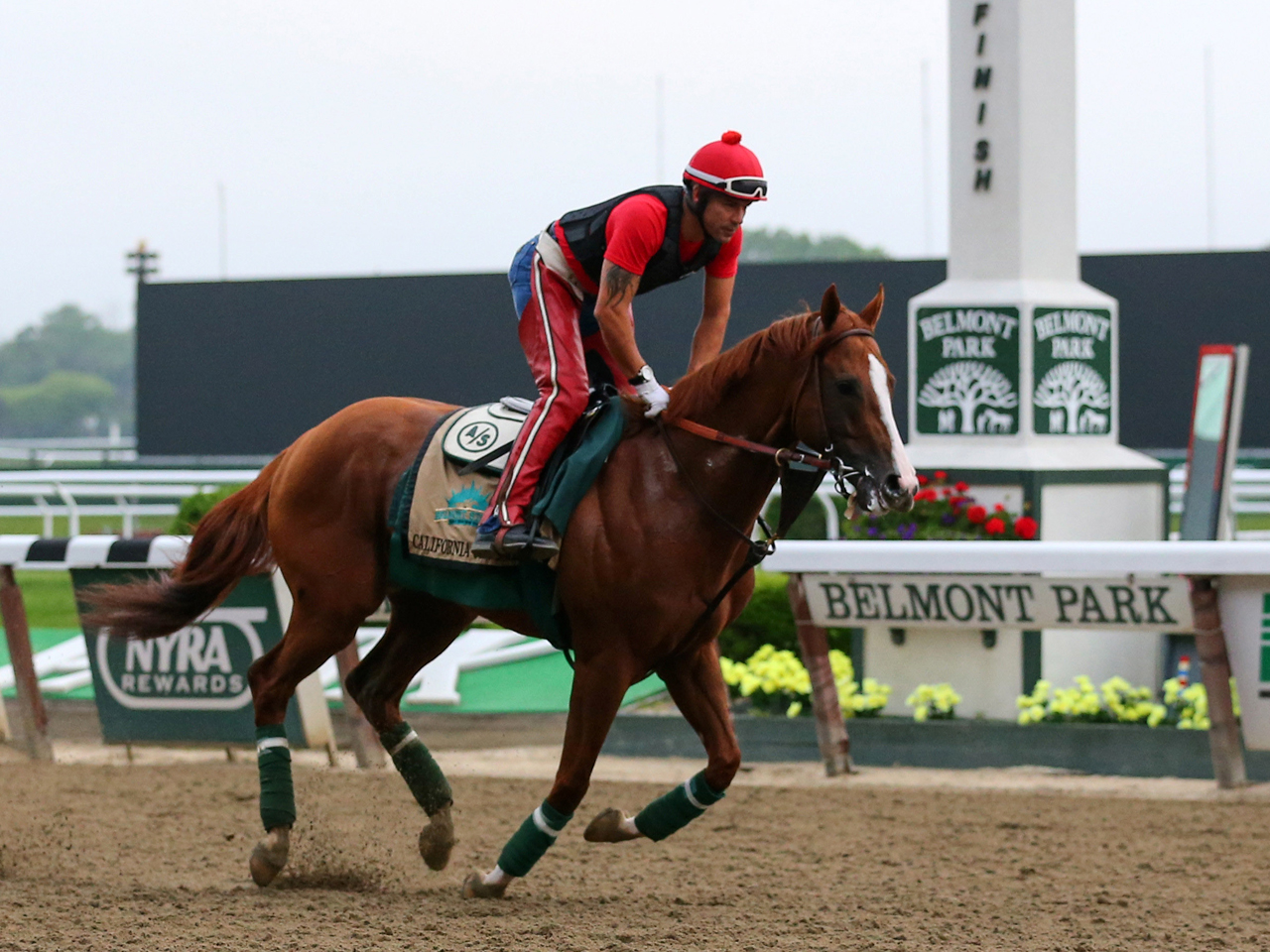 The Kentucky Derby and Preakness winner will break from the No. 2 post under Victor Espinoza on Saturday at Belmont Park. Eleven Belmont winners have come out of that post, the last being Tabasco Cat in 1994.

California Chrome will be listed No. 2 in the betting program, the same number as 1973 Triple Crown winner Secretariat, who won the Belmont by a record 31 lengths while setting a track record for the 1 1/2-mile race that still stands.

"I feel better about this race than I have any other race, to be honest with you, just looking at the horse and saying, 'Wow,'" trainer Art Sherman said. "I see how far he's advanced. I know it'll be tougher going a mile and a half, but this horse is a good horse. I think he's the real McCoy. They better worry about me, I can tell you that."

Wicked Strong was the 6-1 second choice and drew post No. 9. The colt finished fourth after an unlucky trip in the Derby, sat out the Preakness and comes into the Belmont off a five-week rest.

Tonalist was made the third betting choice at 8-1 odds and will break from the No. 11 post. The colt has experience on the track, having won the Peter Pan Stakes, although he is new to the Triple Crown trail.

Ride On Curlin, the 12-1 fourth choice, and 20-1 shot General a Rod are the only other horses besides California Chrome who will have run in all three legs of the Triple Crown.

Eleven horses were entered to take on California Chrome in his bid to win the Triple Crown for the first time since Affirmed swept the Derby, Preakness and Belmont in 1978.

Matterhorn and Matuszak, both new to the Triple Crown series, were listed at 30-1.