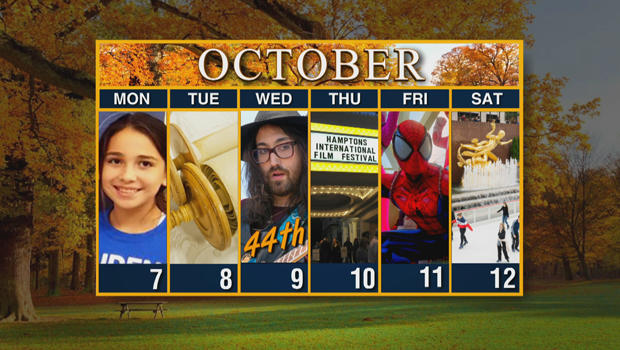 On Monday, Americans of all ages are urged to wear blue in support of the World Day of Bullying Prevention.

Tuesday at sunset marks the beginning of Yom Kippur, the Day of Atonement – the holiest day on the Jewish calendar.

To hear The Ghost of a Saber Tooth Tiger (a.k.a. Sean Ono Lennon and Charlotte Kemp Muhl) perform "Midnight Sun," click on the video player below:

And Saturday sees the scheduled opening of the Ice Rink at Rockefeller Center in New York City.

Abraham Lincoln's coat, and its hidden, bloody stories
Thanks for reading CBS NEWS.
Create your free account or log in
for more features.
View CBS News In
CBS News App Open
Chrome Safari Continue
Be the first to know
Get browser notifications for breaking news, live events, and exclusive reporting.