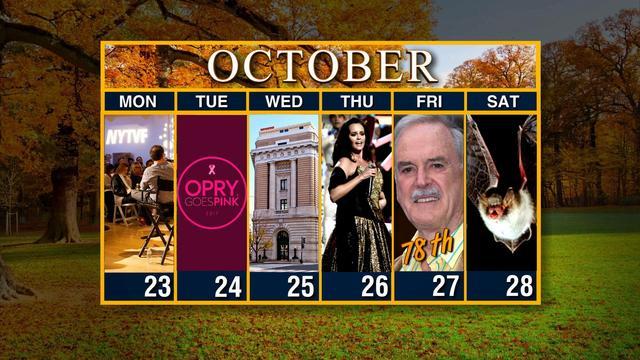 Monday is Day One for the New York Television Festival, featuring screenings and discussions of new shows and series.

Wednesday sees "Now Be Here #Four," the latest in a series of group photos of female artists around the country, this one at the National Museum of Women in the Arts in Washington.

To watch the Ministry of Silly Walks sketch from "Monty Python's Flying Circus," click on the video player below:

And Saturday kicks off the annual Boo at the Zoo weekend at Brooklyn's Prospect Park Zoo, featuring ... bats!

What are the prospects for pursuing Vladimir Putin for war crimes?

The return of Tears for Fears