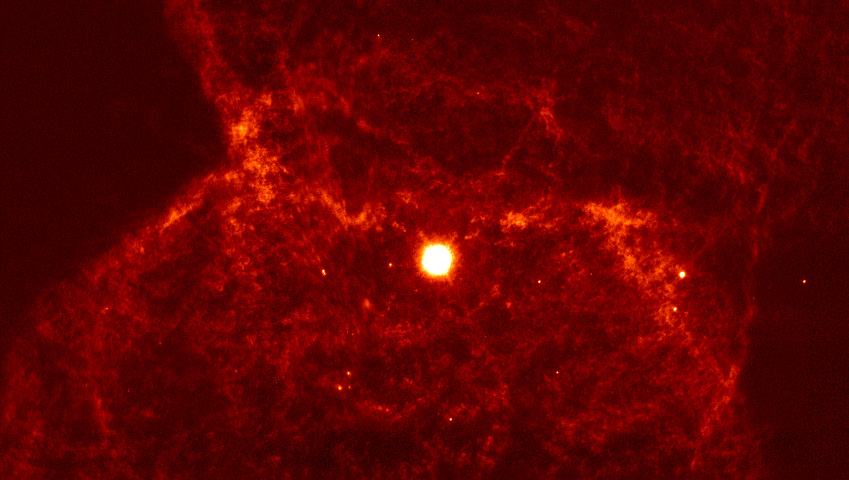 The butterfly shaped nebula NGC 2346 started as two neighboring stars, each about twice as massive as the sun. Now, scientists have predicted how it will evolve over the next several millennia.

Using the Gemini Observatory 8-meter telescope in Chile, scientists from the National Optical Astronomy Observatory have captured the highest resolution image ever obtained of the so-called bipolar planetary nebula. No other telescope on the ground or in space -- not even the Hubble Space Telescope -- has been about to get such a clear picture of the gaseous nebula floating 2,300 light years away from our sun.

The image (above) shows a knotted, streaky swath of hydrogen gas as big as our solar system. The authors of a forthcoming study in the Astrophysical Journal believe the patten is the result of a hot bubble of gas around the central star breaking out and shattering the shell of surrounding gas. They liken it to the way oil spreads and beads in a glass of water.

The authors created a computer model of how the gasses are expected to interact over the next 9,000 years. Lead author Arturo Manchado explained that the animation (below) shows an initial toroid, or donut-shaped, mass of cool hydrogen gas (represented in blue) that expands from the central line. "Once the swept-up shell is highly fragmented, the toroid is no longer visible and only the large clumps will be seen."