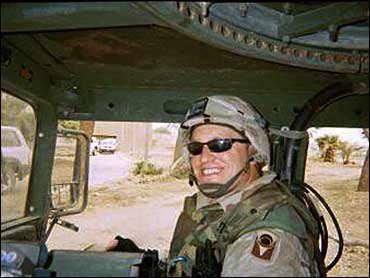 President Bush says the United States will successfully pursue its work in Iraq in the face of a violent insurgency that seeks to undermine a peaceful transfer of power to Iraqis on June 30.

"Despite many challenges, life for the Iraqi people is a world away from the cruelty and corruption of Saddam's regime" and "we will finish our work," Mr. Bush said Saturday in his weekly radio address.

His comments come exactly a year after his declaration that major combat operations in Iraq had ended, a point he noted.

A year ago to the day, the president stood on the deck of the aircraft carrier the U.S.S. Abraham Lincoln beneath a banner proclaiming "Mission Accomplished'' and the end of major combat.

Critics have derided the banner's declaration as U.S. casualties mounted over the past year, with fighting particularly deadly in recent weeks.

The Iraqi resistance has become a major issue in the presidential campaign, with public doubts growing about Mr. Bush's handling of the war, according to the latest polling data. Americans are split evenly on whether taking military action in Iraq was the right thing to do, a CBS News-New York Times poll found this week.

Rieckhoff called his comrades in Iraq "men and women of extraordinary courage and incredible capability. But it's time we had leadership in Washington to match that courage and match that capability." Democratic Sen. John Kerry's presidential campaign distributed Rieckhoff's comments.

Reickhoff now says he couldn't speak freely while on duty, but is bow ready to joing cricits of the administration.

Two more deaths on the final day of April raised the U.S. death toll to at least 136, making it the deadliest month for American forces since Mr. Bush launched the war in March 2003.

Militias, remnants of the regime and foreign terrorists "have found little support among the Iraqi people," the president said.

Mr. Bush is pursuing twin goals on Iraq's future, trying to ensure an atmosphere of security as Iraqis move toward self-government and returning sovereignty to the people of Iraq on June 30.

He addressed the two biggest problems facing coalition forces, saying he is prepared to let local Iraqis negotiate the disarmament of "radicals" in the city of Fallujah while insisting that militias in the city of Najaf and elsewhere "must disarm or face grave consequences."

On Friday in Fallujah, Iraqi troops replaced U.S. Marines and raised the Iraqi flag at the entrance to the city under a plan to end the monthlong siege there.

"American and coalition forces are in place, and we are prepared to enforce order in Iraq," Mr. Bush said a day after a suicide car bomb on the outskirts of Fallujah killed two American troops and wounded six, and two American sailors were killed in the province containing Fallujah.

Their words foreshadow the possibility of a strong fight to gain control of the city, if joint Iraqi-American efforts fail to halt the violence.

The United Nations' envoy to Iraq, Lakhdar Brahimi, has said that ordering American troops into Fallujah and Najaf "is not the right thing to do" and would anger the Iraqi people. Coalition soldiers surround both cities.

Electricity is now more widely available than before the war, he said, and Iraq has a stable currency with thriving banks, renovated schools and clinics and rebuilt power plants, hospitals, water and sanitation facilities and bridges.

"The stakes for our country and the world are high," the president said. "The failure of Iraqi democracy would embolden terrorists around the globe, increase dangers to the American people, and extinguish the hopes of millions in the Middle East."

The president on Friday defended the speech of a year ago proclaiming the end of major combat in Iraq and said, "We're making progress, you bet" in bringing stability to the war-torn country.

"A year ago I did give the speech from the carrier saying we had achieved an important objective, accomplished a mission, which was the removal of Saddam Hussein," Mr. Bush told reporters in the White House Rose Garden.

"As a result, there are no longer torture chambers or mass graves or rape rooms in Iraq,'' the president said.

Democrat John Kerry said Friday that a year after Mr. Bush's speech, the United States has still not accomplished the mission of stabilizing Iraq.

"We need to put pride aside to build a stable Iraq," Kerry said in a speech prepared for delivery Friday. "We must reclaim our country's standing in the world by doing what has kept America safe and made it more secure before — leading in a way that brings others to us so that we are respected, not simply feared, around the globe."

Kerry was speaking Friday at Westminster College in Fulton, Mo., four days after Vice President Dick Cheney denounced the Democrat's leadership on the same campus and one day before the anniversary of Mr. Bush's speech.

"I don't think there's anyone in this room today or 6,000 miles away who doesn't wish that those words had been true," Kerry said. "But we've seen the news. We've seen the pictures. And we know we are living through days of great danger."

Kerry has chastised the president for failing to get more international assistance. He has said that other nations have an interest in a peaceful Iraq, so the United States should reach out to them to share the cost.

Kerry said that attempting to achieve a stable Iraq with a representative government secure in its borders will be difficult and there will be no guarantee of success. But he said the anniversary of Mr. Bush's speech "is a moment of truth."

"This may be our last chance to get this right," he said.

Westminster College President Fletcher Lamkin invited Kerry to speak on the campus this week, saying Cheney's speech there Monday amounted to "Kerry-bashing" and the Massachusetts senator has a right to respond.

In Congress, Democrats said the stark realities of war, with its rising death toll, make it clear the administration's post-war plans were woefully inadequate.

They say the mission, contrary to the banner that overlooked the president's carrier landing a year ago, is far from being accomplished.

Sen. Robert Byrd of West Virginia ridiculed the president's carrier landing as a "flight of fancy."

Even Majority Leader Bill Frist (R, Tenn.) said it has been a long year, adding, "Is the total mission accomplished? Obviously, no."