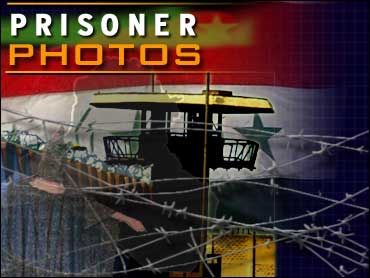 In Iraq, the new head of U.S.-run prisons in Iraq, Maj. Gen. Geoffrey Miller, said everything is being done to prevent a repeat of the prisoner abuse, CBS News Correspondent Cami McCormick reported.

Asked about closing down Abu Ghraib prison in Baghdad, Miller would only say interrogations will continue there until ordered moved elsewhere.

Thus far, no videos of abusive treatment have reached the public. But still photographs, first aired last week on CBS News' "60 Minutes II" have spawned a worldwide wave of revulsion that has damaged America's image overseas and sparked a political storm at home.

He said the Iraqis who were mistreated will receive compensation.

One week after shocking photos appeared showing prisoners subjected to sexual humiliation, Rumsfeld said the treatment was "inconsistent with the values of our nation. It was inconsistent with the teachings of the military ... and it was certainly fundamentally un-American."

During a total of six hours of testimony in the Senate and House, Rumsfeld sought to repair the damage done to American prestige aboard, to ease the anger of lawmakers caught off guard by the uproar and to shore up support for his own job among key members of Congress.

He said bluntly, "These events occurred on my watch. As secretary of defense, I am accountable for them. I take full responsibility."

Rumsfeld said he "would resign in a minute" if he thought he could not be effective. But he brushed aside Democratic calls to step down, saying, "I would not resign simply because people try to make a political issue out of it."