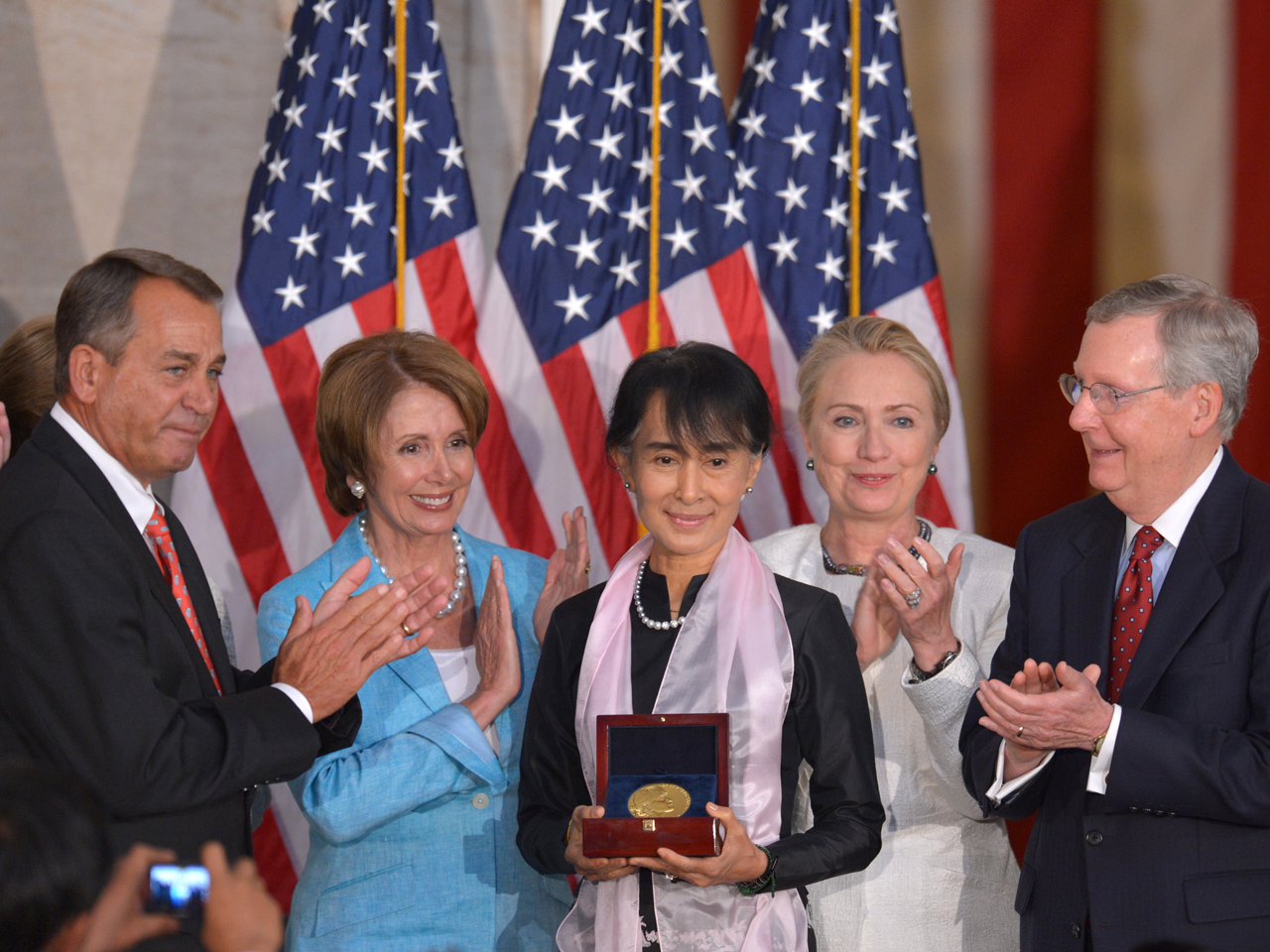 (AP) WASHINGTON - Lawmakers united by their respect of Burma democracy leader Aung San Suu Kyi have presented her with Congress' highest civilian honor in a ceremony in the Capitol Rotunda.

Suu Kyi described it as one of the most moving days of her life.

She was awarded the Congressional Gold Medal in 2008 while under house arrest for her peaceful struggle against military rule.

Her long-awaited visit to America finally provided an opportunity for her to receive the honor Wednesday in person in Congress' most majestic setting, beneath the dome of the Capitol and ringed by marble statues of former U.S. presidents.