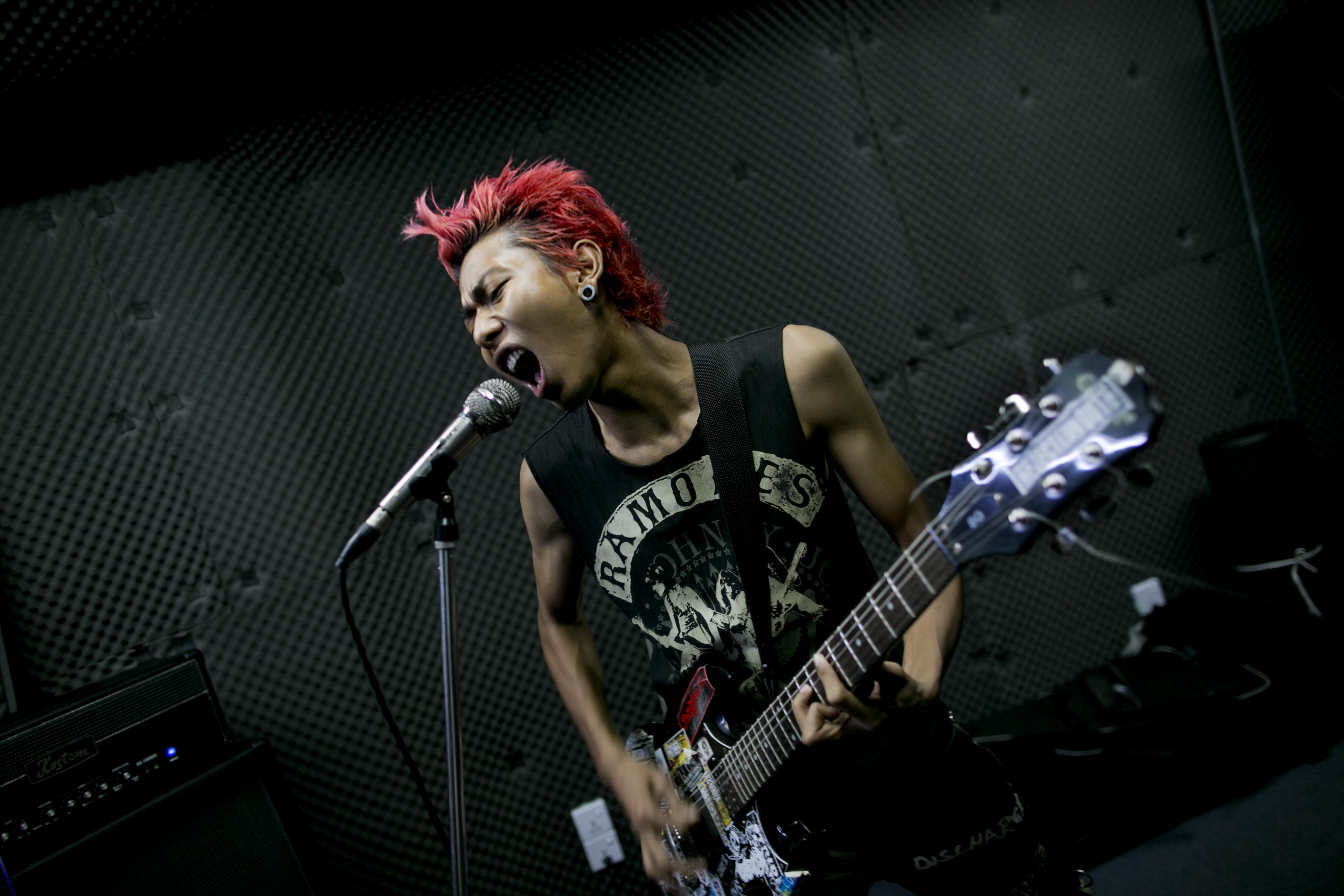 YANGON, Burma Punk rockers draw double-takes as they dart through traffic, but it's not just the pink hair, leather jackets or skull tattoos that make these 20-somethings rebels: It's their willingness to speak out against Buddhist monks instigating violence against Muslims while others in Burma (also known as Myanmar) are silent.

"If they were real monks, I'd be quiet, but they aren't," says Kyaw Kyaw, lead singer of Rebel Riot, as his drummer knocks out the beat for a new song slamming religious hypocrisy and an anti-Muslim movement known as "969." ''They are nationalists, fascists. No one wants to hear it, but it's true."

Radical monks are at the forefront of a bloody campaign against Muslims, and few in this predominantly Buddhist nation of 60 million people are willing to speak against them. For many, being Buddhist is an important part of being Burmese, and monks, the most venerable members of society, are beyond reproach. Others are simply in denial, or buy into claims the Muslim "outsiders" pose a threat to their culture and traditions.

The silence is as dangerous as the mobs razing mosques and cheering as Muslims are hunted down and beaten to death with chains and metal pipes, says Michael Salberg, director of international affairs at the U.S.-based Anti-Defamation League.

"It's not perpetrators that are the problem here," he says, pointing to conditions that paved the way for the Holocaust in Germany and the genocide in Rwanda. "It's the bystanders."

The same freedoms have also given voice to monks like Wirathu, a charismatic speaker and supporter of 969. His following is growing as he crisscrosses the country calling for boycotts of Muslim-owned shops and a ban on marriages between Buddhist women and Muslim men, and warning that a higher birthrate could one day bring Muslims from 4 percent of the population to a majority.

"All I can really say is, people should look at the teachings of Buddha and ask themselves, is this what he meant?" says Ye Ngwe Soe, the 27-year-old frontman of No U Turn, the country's most popular punk rock band. He wrote the song "Human Wars" after violence against Rohingya Muslims in Rakhine state started spilling into other regions.

Hate speech experts say the best way to counter people like Wirathu is to seek the voice of moderate Buddhists.

But outside of a handful of monks and civil activists who have gotten together for interfaith dialogues, few are stepping up. Westerners working in Burma are often surprised when their otherwise progressive Burmese subordinates softly defend the monks or say nothing when discussions turn to religious violence.

"I'm sure a lot of them think this is total madness, but they don't dare to say that openly," says Bertil Lintner, a Swedish journalist who has written several books about Burma. "If they do they will be attacked by these new nationalists, religious bigots, accused of being friends with Muslims ... It's a very difficult situation."

Arker Kyaw, a 20-year-old graffiti artist bursting with an electric creativity, has several friends - mostly musicians and DJs - who are Muslims and was very upset about the violence that has wracked their communities in the last year.

He and others of varying religious backgrounds put together a music video expressing solidarity, saying basically, "Don't worry, at least between us, everything will be OK."

But when asked if he isn't tempted to answer to 969 when he sees their stickers and signs on the walls of Yangon, he says: "No. It's very complicated. On this one, I think it's better to be the audience, not the show."

President Thein Sein, embraced by the U.S. and others for his reform-minded agenda, banned an issue of Time magazine that splashed Wirathu on the cover and called him "the face of Buddhist terror," and issued a statement saying he supports 969 and considers the extremist monk a "son of Lord Buddha."

With national elections scheduled for 2015, opposition leader Suu Kyi has said nothing, worried, analysts say, there will be a backlash at the polls if she is perceived as anti-Buddhist.

That leaves the punk rockers, who know what it's like to be outsiders.

During military rule, the tiny punk community practiced and performed in secret, often in abandoned buildings, by the railroad tracks or in private, before a small group of close friends. While others were cowed by the constant threat of arrest and imprisonment, they screamed out about abuses at the hands of the army and asked why politically-connected businessmen were getting rich while everyone else suffered.

Today they have a new battleground, religious intolerance. And they aren't about to shy away.

Kyaw Kyaw of Rebel Riot likes to say that while he can't change the world, or Burma, or even Yangon, he can at least influence those around him.

"They can arrest us, we don't care," says this 26-year-old son of a police officer. "Or we can be attacked by certain groups. We don't care, we've prepared ourselves for this mentally. But we want to speak our minds."