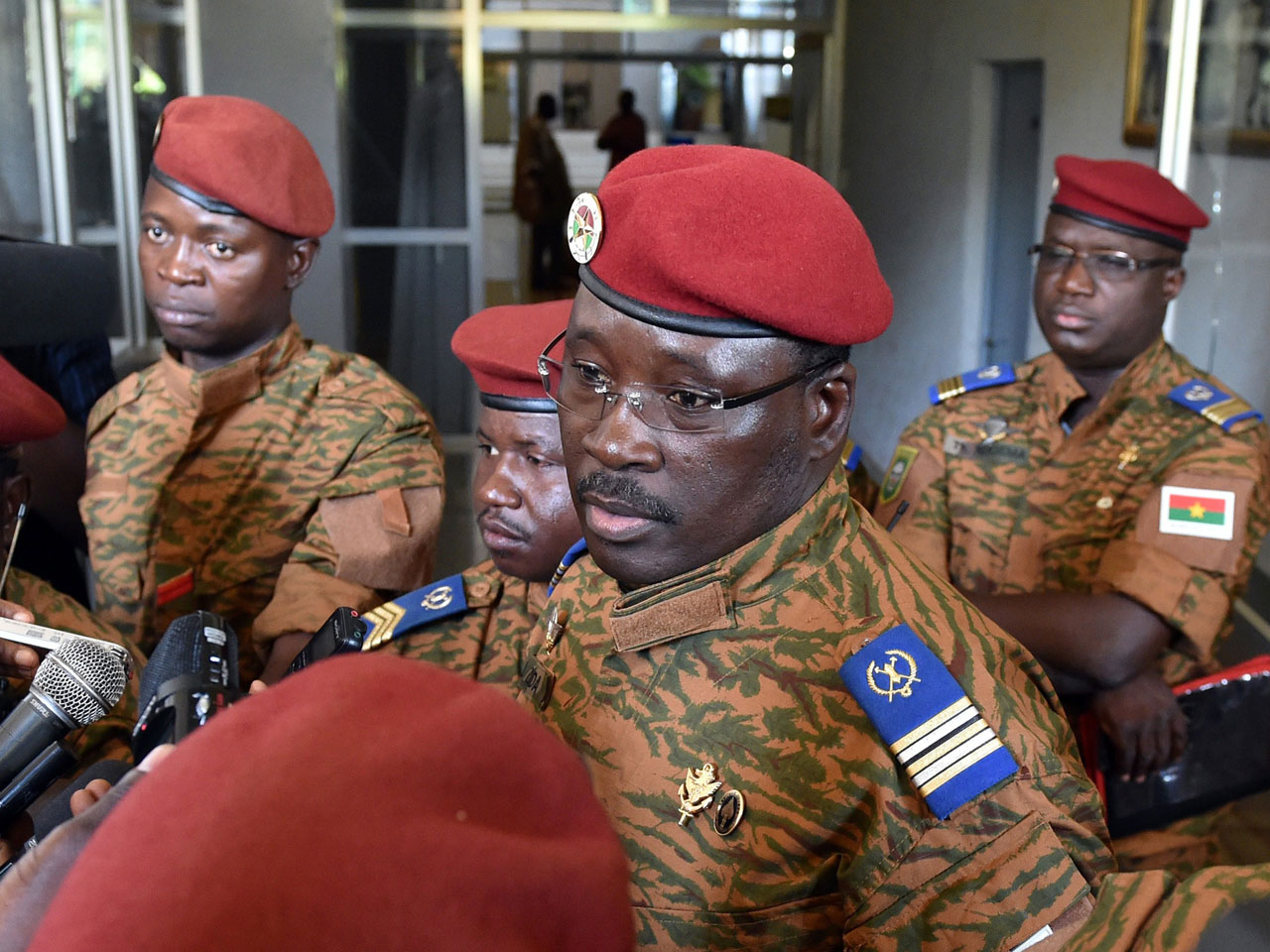 OUAGADOUGOU, Burkina Faso - Burkina Faso's military says it will hand over power to a transitional government under a leader chosen by all sectors of society, to fill the power vacuum since long-time president Blaise Compaore resigned and fled.

Lt. Col. Isaac Yacouba Zida met with diplomats Monday and announced the country will be led by "a transitional body within the constitutional framework."

Ouagadougou, the capital, was calm and soldiers were off the streets Monday following days of unrest. Demonstrators set the legislature ablaze Thursday to prevent a vote to allow Compaore to seek another term of office. Compaore had been in power 27 years. On Sunday, protesters demanded the military cede power after soldiers named Zida head of a transitional government.

The United Nations and African Union have condemned the military's power grab.

On Monday, U.S. State Department spokesperson Jen Psaki said the U.S. was still evaluating the situation. If it was determined to be a coup, U.S. aid would have to be cut off from the country.

"Right now the precise makeup of Burkina Faso's transitional government is an outstanding issue," Psaki said, according to Reuters.

"We are certainly encouraging movement to a civilian-ledtransition and then of course elections," she added. "At this point we're still gathering facts, we're not going to make a policy or legal determination at this point in time."

Gunfire erupted outside the headquarters of state television on Sunday as an opposition politician tried to announce she was in control of the West African country.

At least one person was killed in the melee, according to witnesses who spoke on condition of anonymity for fear of reprisals.

The developments underscored the uncertainty about who was in charge of Burkina Faso after president Blaise Compaore resigned Friday after 27 years in power and fled with his family to Ivory Coast amid violent protests seeking his ouster.

About 1,000 people had gathered Sunday afternoon at the Place de Nation in Burkina Faso's capital to demand a civilian and democratic transition a day after the military announced that a lieutenant colonel would serve as interim leader until elections could be held.

Opposition politician Saran Sereme and her supporters then went to the headquarters of state television, where witnesses said she planned to declare herself the interim president.

Her efforts were blocked, however, when army Gen. Kwame Lougue showed up at the studios and entered without speaking to journalists who were waiting for the announcement.

In the aftermath of the gunfire, the military made a show of force by deploying armored vehicles along all of the avenues leading to the national television and radio station offices, witnesses said.

The bid for power already has caused confusion and chaos: Two different military officials had declared themselves in charge before the army confirmed Saturday that Lt. Col. Isaac Yacouba Zida was the transitional leader.

Even within the opposition, divisions were emerging. Some activists on Sunday called for an inclusive transition while others questioned the legitimacy of Zida's rule.

Stanislas Benewinde Sankara, the leader of one opposition party, called for the dismissal of Zida's government.

"The army cannot lead us. They have disqualified themselves," said Sankara, who is of no relation to the late slain Burkinabe leader with the same name. "This is the result of a popular insurrection."

Burkina Faso, though mired in poverty, had long been a country of stability in politically violatile West Africa. Compaore had served as a political mediator in a bloody post-election dispute in Ivory Coast.

However, frustration mounted as he sought legislative approval for a bill that would have enabled him to seek yet another term in office. Compaore, who first took power in 1987 after a coup that left visionary leader Thomas Sankara slain, had subsequently won four elections - all disputed by the political opposition.