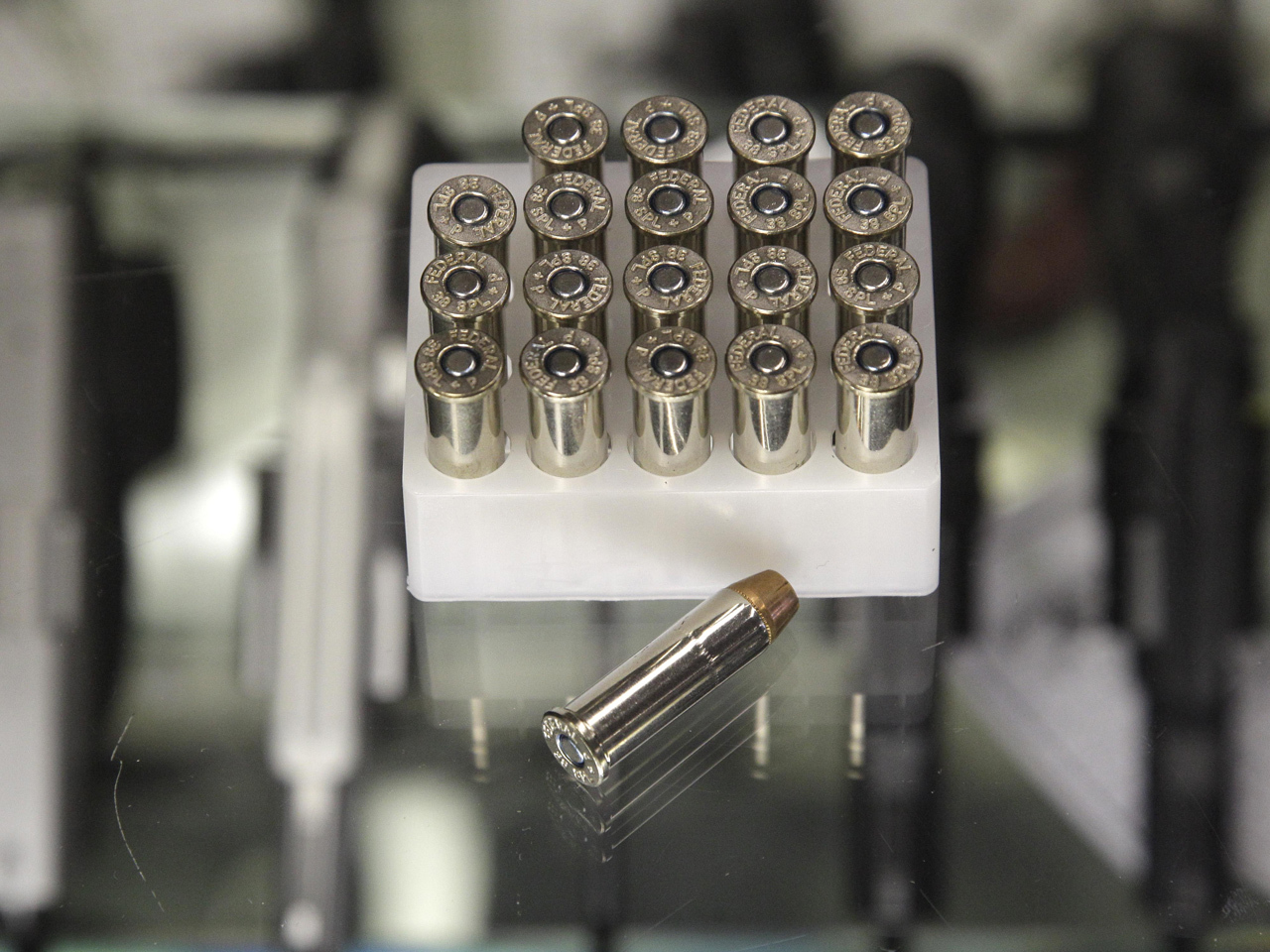 CHICAGO As Chicago struggles to quell gang violence that has contributed to a jump in homicides, a top elected official wants to tax the sale of every bullet and firearm — an effort even she acknowledges could spark a legal challenge.

Cook County Board President Toni Preckwinkle will submit a budget proposal Thursday that calls for a tax of a nickel for each bullet and $25 for each firearm sold in the nation's second-largest county, which encompasses Chicago.

Preckwinkle's office estimates the tax will generate about $1 million a year, money that would be used for various county services, including medical care for gunshot victims. Law enforcement officials would not have to pay the tax, but the office said it would apply to 40 federally licensed gun dealers in the county.

Through last week, the city reported 409 homicides this year compared to 324 during the same period in 2011. Although the violence still doesn't approach the nearly 900 homicides a year Chicago averaged in the 1990s, officials say gang violence was largely to blame for a rash of shootings earlier this year.

Preckwinkle insists the ordinance is far more about addressing gun violence than raising money for a county that faces a deficit of more than $100 million next year.

"We think that's an appropriate thing to do, especially in the light of the gun violence we struggle to deal with in our criminal justice system and our public health system," she told a local newspaper editorial board this week, according to a transcript of the meeting provided by her office. "The legal gun shops in suburban Cook County are a conduit for crimes in Chicago. There's no way around it."

Preckwinkle declined to speak with The Associated Press ahead of the announcement Thursday, but her spokeswoman Kristen Mack confirmed the details of the plan.

Mack said the office has found no other jurisdiction in the nation that has imposed a tax on bullets, even though several have considered it. Legislation on such a tax was previously introduced by state lawmakers in Springfield, but has never been voted on, she said.

Richard Pearson, the executive director of the Illinois State Rifle Association, scoffs at such talk, saying the tax wouldn't do anything to address gang violence but would harm local businesses and law-abiding citizens.

"If she wants to get to the people causing all the problems she ought to put a tax on street gangs," he said. "All this is going to do is drive business out of Cook County, into other counties, Indiana and Wisconsin."

One suburban gun shop owner agreed, saying that his customers, many of whom are hunters and police officers, will simply go elsewhere.

"Who's going to come to Tinley Park to buy ammunition?" asked Fred Lutger, the owner of Freddie Bear Sport in that suburban Chicago community.

And, said Lutger of that money going toward treating gunshot victims, "Why should be paying for gang bangers shooting each other? You're taxing law-abiding citizens for what criminals are doing."

Lutger said a lawsuit was certain. Pearson said he and others started talking about a legal challenge as soon as they heard Preckwinkle was considering the tax.

Even Preckwinkle seemed resigned to a legal challenge in her comments to the newspaper board.

"You can't make decisions based on the basis of whether or not somebody's going to sue you or then you'll never do anything," she said.