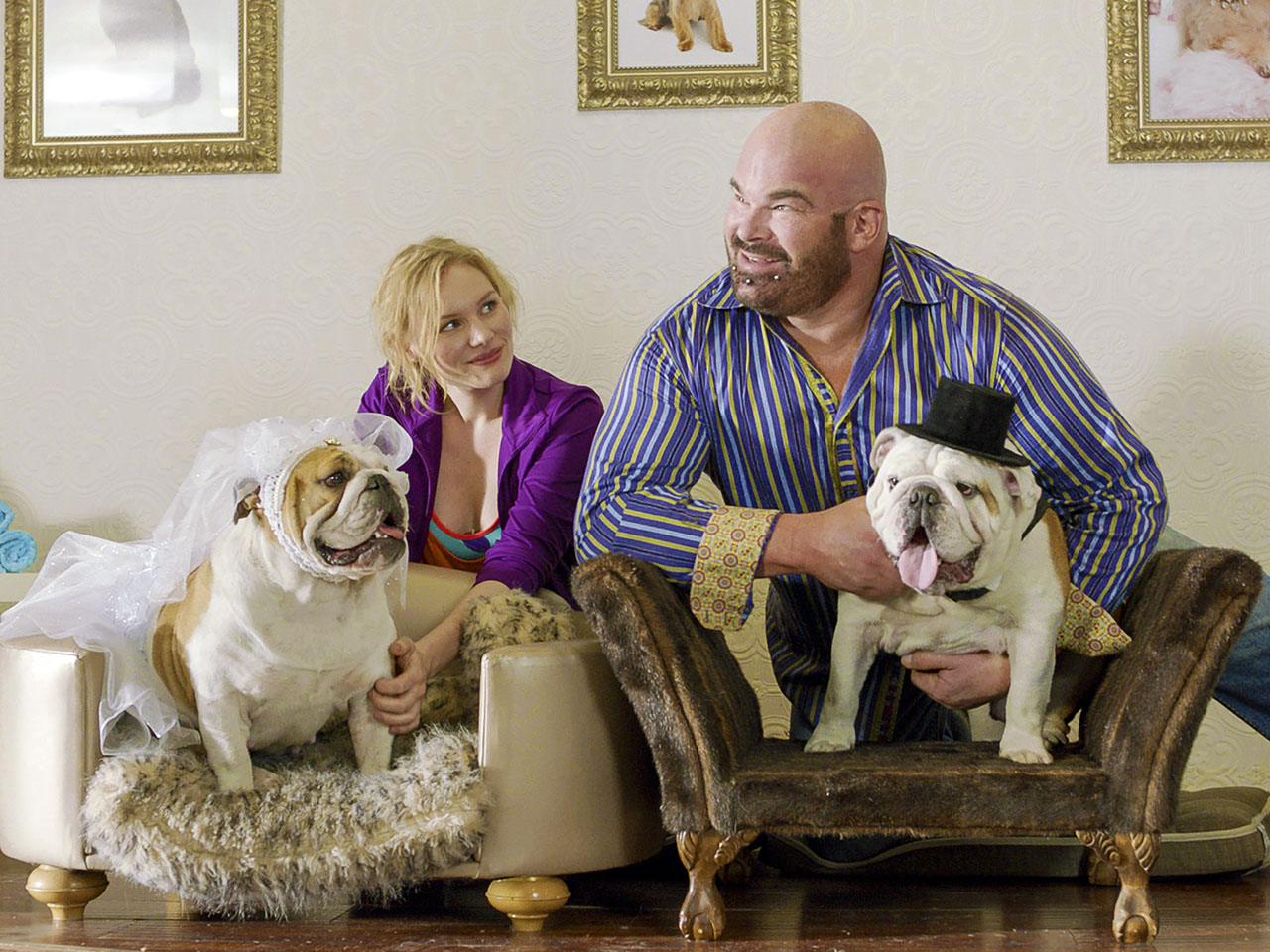 LOS ANGELES -- Fifty dog couples that won a photo contest will get their big-screen debut in a new movie about the wedding of two bulldogs.

"The Dog Wedding" tells the story of Price and Queenie, bulldogs that meet and bond in a dog park. Their owners plan the doggie nuptials while fighting to save a pickle factory from being closed.

Hundreds of dog extras also took part in the film.

Proceeds from tickets for the Nov. 21 premiere at The Auditorium On Broadway in New York go to two charities: Canine Companions for Independence, headquartered in Santa Clara, California, and Long Island (New York) Bulldog Rescue, according to the film's writer and producer Jason B. Hurwitz.

The comedy stars Matthew Bloom playing wrestler Matthew "The Manimal" Pierce. He connects with German businesswoman Ulrika Schmidt, played by German actress Rosalie Thomass, who is sent to the U.S. by her father to close a family-owned pickle factory.

It took Thomass awhile to get used to the bulldog snort. "They sound like a huge person snoring," she said. Bloom teased her between scenes with loud snorts "that sounded just like Prince."

Since the movie, she says she has "developed a passion for pickles."

It's Bloom's first movie, but director James Lefkowitz told the bald, lip-studded, tattooed, 6-foot-7-plus, 360-pound Bloom not to bother with acting lessons. There are those who believe he got plenty of acting experience during 15 years in the WWE and New Japan Pro Wrestling. Today, Bloom is head coach at WWE's NXT training center in Orlando, Florida.

"A lot of the heart of this film is the mismatch of personalities, cultures, people and animals. I tried to bring out the fun, the real life moments," said Lefkowitz.

Bloom has owned bulldogs, St. Bernards, mastiffs and an Akita, "but bulldogs were the most like me," he said. "They are strong-willed, stubborn, loving, protecting and gassy, but an all-around great breed."

Veteran New York wedding planner Harriette Rose Katz says pet weddings have been around for 15 years, but "it's all for show," she said. "The dogs don't live together. It's just a gimmick. Sometimes it's terrific." Most of the time, they are fundraisers.

The film will then be distributed to theaters across the country.