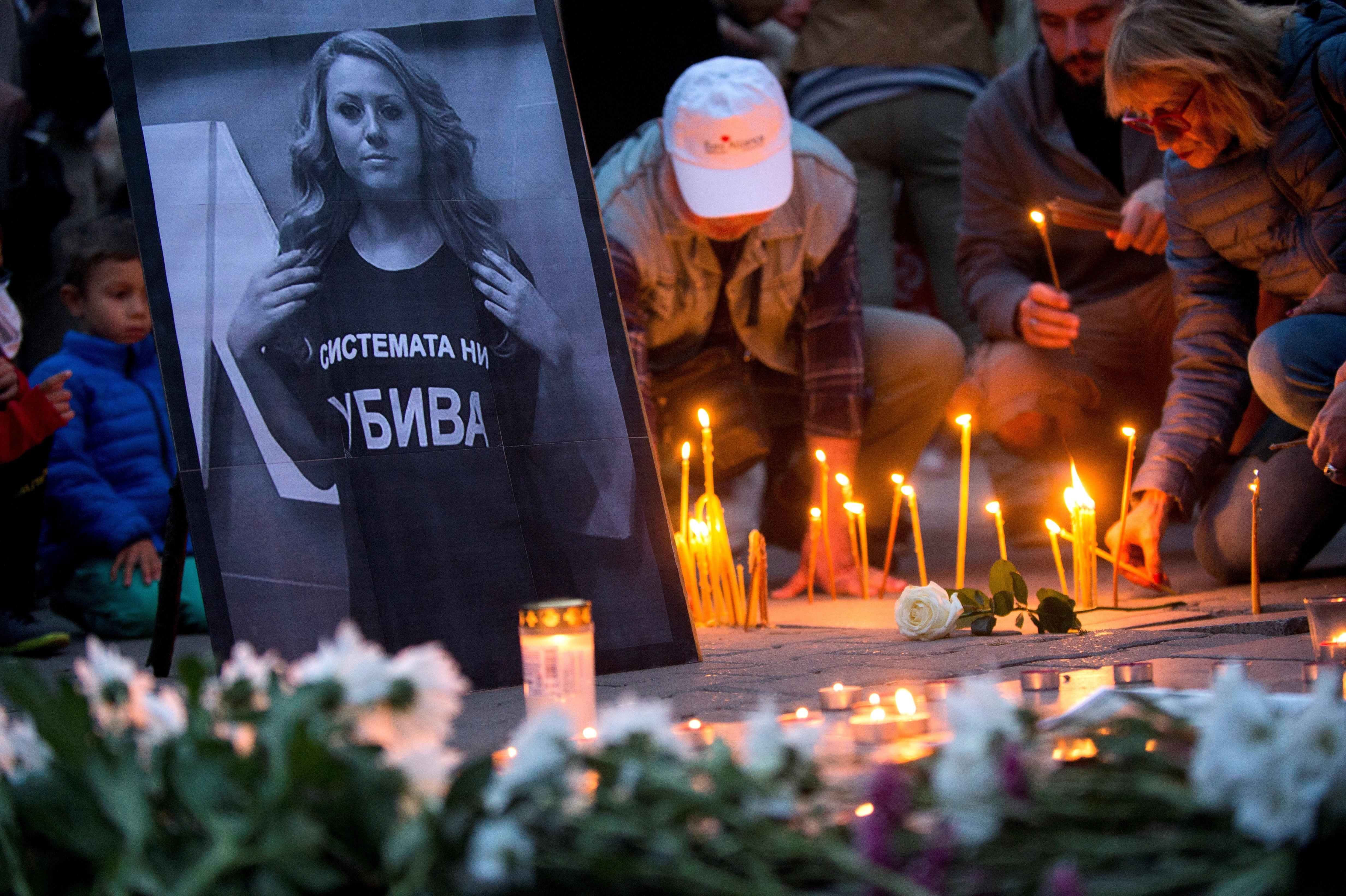 RUSE, Bulgaria -- Bulgarian national radio reported Tuesday that a suspect has been arrested in connection with the rape and murder of television reporter Viktoria Marinova, whose body was found dumped after she highlighted possible government corruption. Tuesday's report said that according to unconfirmed information from the interior ministry, the suspect is "a Romanian citizen with a passport from Moldova." No other information was immediately available.

Police are investigating the rape and slaying of Marinova, 30, whose strangled body was found Saturday near the Danube River. Marinova hosted a show last month featuring two investigative journalists who were detained for their work on suspected fraud involving EU funds.

The interior ministry said late Monday that prosecutors had opened an investigation into GP Group, a large private Bulgarian building company alleged to have misused the EU money, and froze 14 million euros ($16 million) of its assets.

While Marinova did not appear to have been closely involved in the fraud investigation, her show touched on a sensitive subject in Bulgaria, where corruption is endemic. The Balkan nation joined the EU in 2007 and was ranked 71st on Transparency International's corruption list last year. Joining the bloc opened an enormous spigot of possible new EU funding for Bulgarian infrastructure projects or other programs designed to bring the nation up to EU standards.

Journalists' groups and European leaders expressed shock at Marinova's murder. Margaritis Schinas, spokesman for European Commission President Jean-Claude Juncker, said Monday the commission expected "a swift and thorough investigation .... that will bring those responsible to justice and clarify whether this attack was linked to her work."

He quoted Juncker as saying previously that "too many" journalists are being intimidated, attacked or murdered and "there is no democracy without a free press."

The German government also sharply condemned the slaying, with the Foreign Ministry saying it was imperative "that there's a fast investigation and that this horrible event will be illuminated as comprehensively as possible."

Bulgarian Interior Minister Mladen Marinov insisted Monday there was no evidence to suggest the killing was linked to Marinova's work.

Marinova was a director of TVN, a TV station in Ruse, and a TV presenter for two investigative programs.

Her final show on Sept. 30 was a program about Attila Biro, an investigative journalist with the Rise Project Romania, and Dimitar Stoyanov from the Bulgarian investigative site Bivol.bg. The two men were briefly detained Sept. 13 south of Sofia as they investigated a tip that documents connected to suspected fraud involving EU funds were being destroyed.

Bivol.bg owner Assen Yordanov said he couldn't directly link Marinova's slaying to her work, but noted her show tackled "our very sensitive investigation into the misuse of EU funds."

"This is a topic on which no other Bulgarian national media dared to report on," he told The Associated Press.

Biro told the AP he had never met Marinova - he said one of her colleagues had interviewed him and Stoyanov about their work.

"They are on the right path, but let's see how the investigation proceeds," he said.