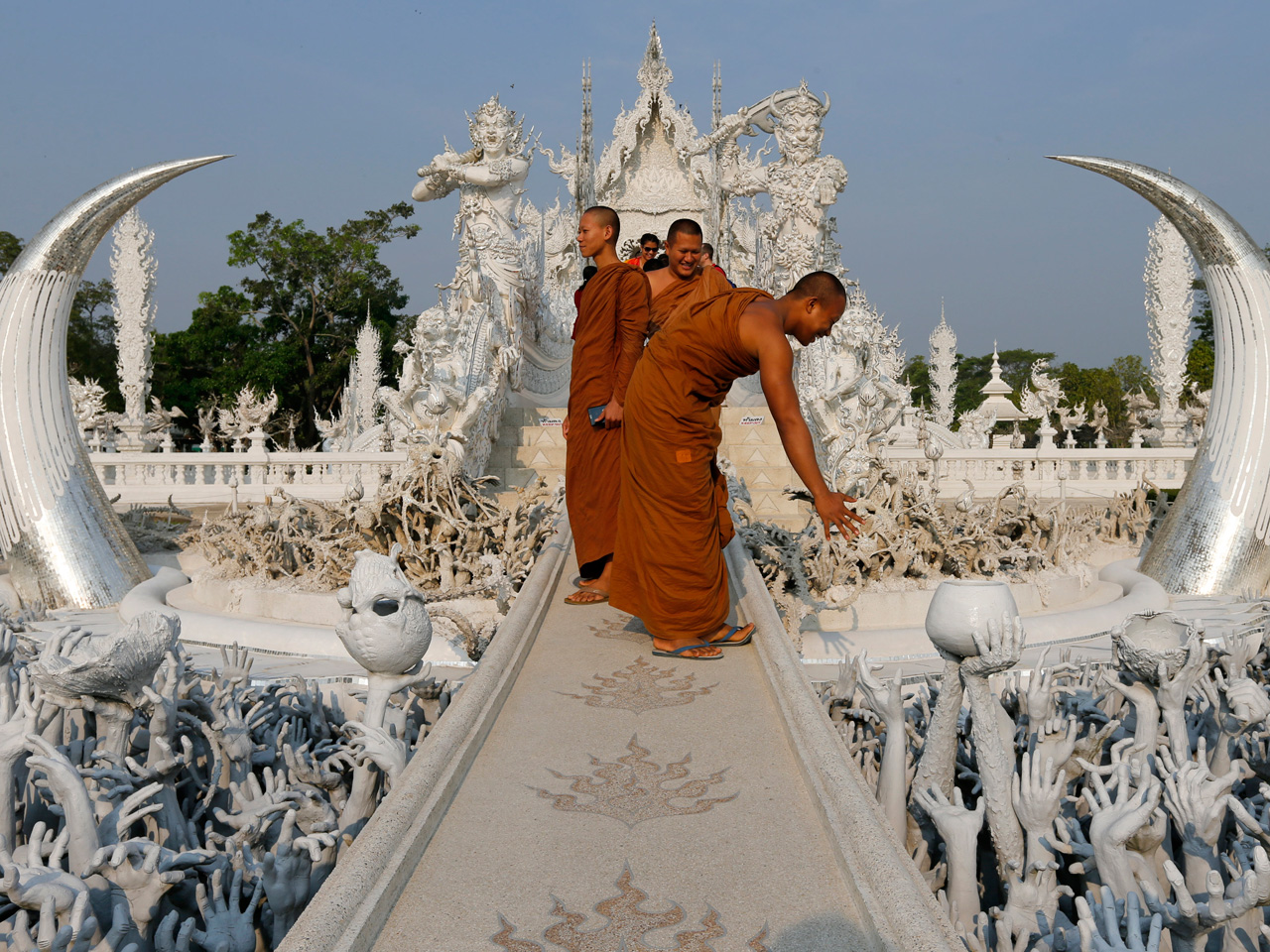 The Buddha is sometimes portrayed as a smiling, sitting chubby man, with a giant belly protruding from the middle. According to a new study, Thailand's large Buddhist monk community may be striving to look like that iconic a bit too much.

Nearly half of all monks in the country are obese, according to the study first reported by the Bangkok Post.

Additionally "about 42% of monks had high levels of cholesterol, 23% had high blood pressure levels and about 10.4% were diabetic," the Post reports.

Because the government is responsible for health care among the country's Buddhist clergy, the cost to the public is enormous, Jongjit said. In 2012, the cost of dealing with obesity-related issues for the Bangkok government was 300 million baht, or a little more than $8.5 million. As a result, officials are now urging healthier eating habits among the monks.

The monks often eat via the offerings of the faithful, and between traditional drinks loaded with sugar and famous dishes laden with fats and starches, Jongjit said it's no wonder there is a weight issue.

The obesity problem is just the latest in a string of scandals affecting Thailand's Buddhist monks.

The Telegraph newspaper reports they are supposed to have "opted for lives of austerity, meditation and asceticism, eschewing materialism and excess," but often project a different image.

In November of last year, some of the country's monks were caught up in a bust of a teenage prostitution ring.

Additionally, The Telegraph reports "several financial, sexual and jet-set lifestyle scandals and have embroiled senior clerics in recent years in a country that is 90 percent Buddhist."