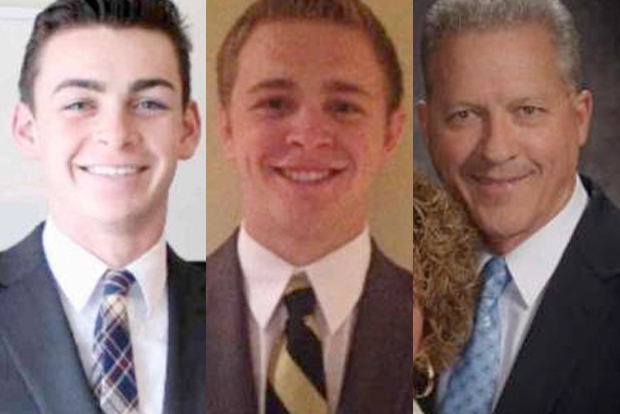 SALT LAKE CITY-- Two Mormon missionaries wounded in last week'ssuicide bombings at the Brussels airport have returned to Utah to receive treatment in their home state.

Mason Wells, 19, and Joseph Empey, 20, were in fair condition at the University of Utah Hospital in Salt Lake City, church and hospital officials said Tuesday.

Wells is at the University of Utah burn center, his father Chad Wells confirmed to CBS affiliate KUTV. The families are asking for privacy while the young men begin the recovery process, but expressed gratitude for the outpouring of support from around the world.

Two other missionaries injured in the blast, Richard Norby, 66, of Utah and Fanny Clain, 20, of France, remain in Brussels.

Wells, Empey and Norby won't be able to finish their missions for The Church of Jesus Christ of Latter-day Saints, but Clain, 20, is expected to resume her service in the U.S, church officials said. She was less seriously hurt.

The Utahans were at the airport March 22 to accompany Clain, who was set to fly to the United States for a missionary assignment in Cleveland. Clain had passed through security to a different part of the airport at the time of the explosion.

Wells suffered burns and severed his Achilles tendon. He also was present during the Boston Marathon bombing but wasn't hurt.

Wells told CBS News last week from a Belgian hospital that he felt lucky to be alive after the blast lifted him off his feet. The former high school football player from Sandy, Utah, said he was at the back of the check-in line when the first bomb exploded and said he was running out of the airport when the second blast hit.

He spoke last week from behind a mask of bandages, with only his eyes, mouth and left ear uncovered by the gauze dressings and mesh netting that held them in place.

"The first step is him, his care, his well-being, is he okay? What's his medical care? And then how do we get him home?" said his father, Chad Wells, previously said.

"We know Mason will want to get back to a regular life and not want to sit and dwell on this," said his mother, Kymberly Wells.

Empey suffered burns to his hands, face and head and had surgery for shrapnel injuries to his legs.

"I wondered if I'd feel anger when I saw the pictures of the suspects, and I truly didn't," Empey's father, Court Empey, said in an interview with CBS News last week. "I felt complete gratitude that my son was alive, and then the aftermath of the support that's been shown to us just confirms to me that people are good to their core."

Amber Empey said it was a dramatic sight when she saw her son "all bandaged up" after the attacks but that she was thankful he was alive.

"It was amazing and just peace of mind," she said. "You know, there's this anxiety, like you've just got to get to him quick, and to be able to be there and feel him and see him and hear him was really amazing."

Norby was still in a medically induced coma when his wife, Pam Norby, spoke with CBS News Saturday. She wasn't able to accompany her husband Tuesday in driving three other missionaries to the airport because of the size of their car.

Richard Norby called his wife after the bombs went off.

"As soon as he said, 'Pam,' I instantly knew that something had happened; I could just tell in his voice," Pam Norby said.

Their call was soon disconnected, and she didn't find out where anyone was until hours later. She said her husband's prognosis was good with long-term difficulties expected.

She hasn't been alone since the attacks. The Norbys' son, Jason, traveled from the U.S. to be with his mother.

"It was difficult; it was hard to be that far away, that far removed and to not know how to help, to not know what to do," Jason Norby said.

His mother said she's received prayers and best wishes from people all over the world, not just from her immediate family.

"There has been good that's come out of this, and we're grateful for that," Norby said. "People have been absolutely marvelous. People in Belgium are warm people. I think it has something to do with everyone coming from a different culture and coming together."