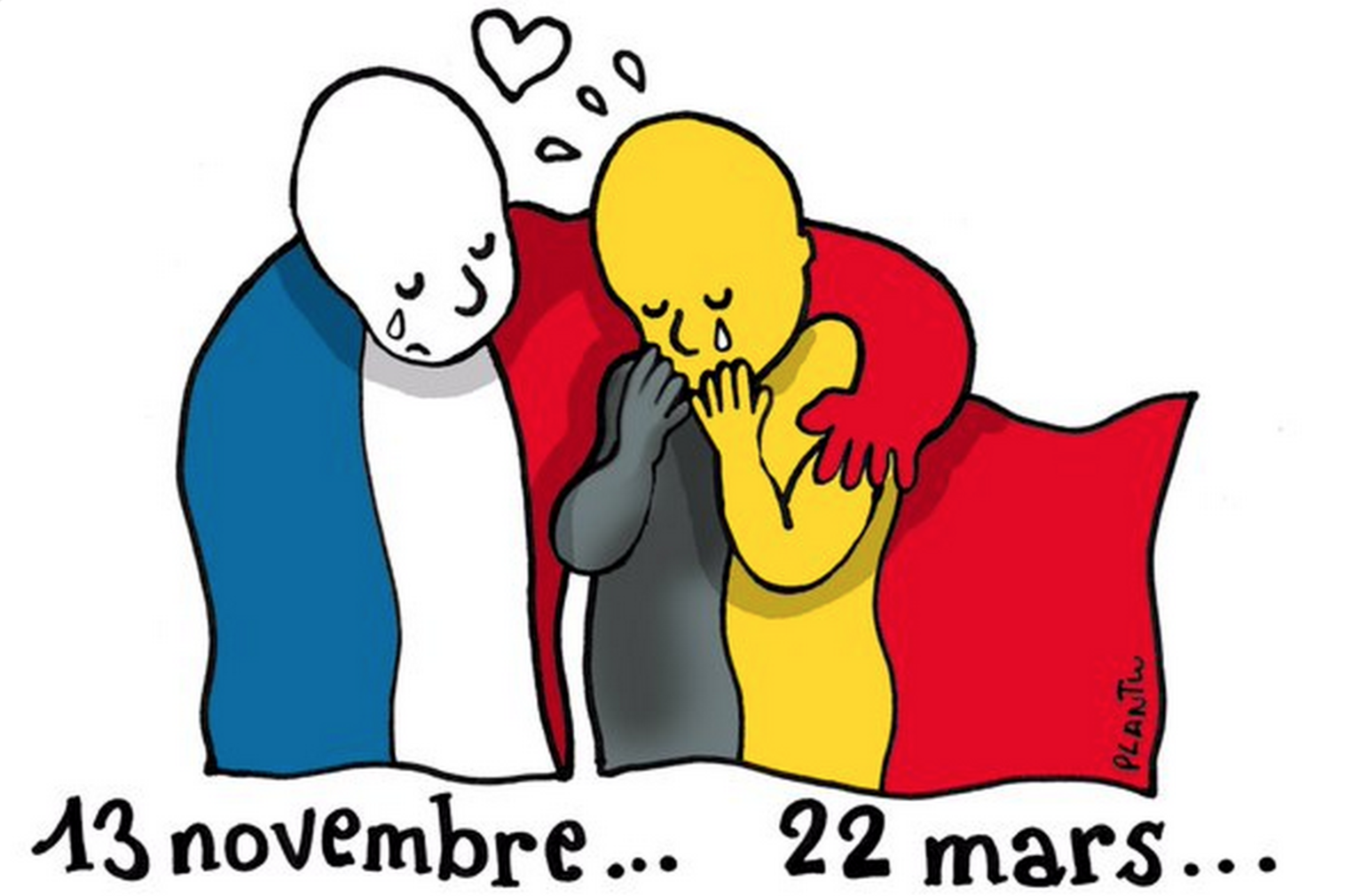 Months after Paris was shaken by deadly terror attacks, French residents -- and people from around the world -- are reaching out to lend support to victims of the Brussels terror attacks.

French President Francois Hollande said on Tuesday that France and Belgium are joined by a shared "horror" and social media users echoed that sentiment, saying the countries are together in "sadness and solidarity."

To demonstrate this solidarity, Twitter users shared illustrations, cartoons and thoughtful words with the hashtag #JeSuisBruxelles, which has been used more than 82,000 times.

While pleas for peace and messages of love flooded Twitter, another image also seemed to resonate with social media users -- the national flag of France comforting a sobbing Belgium flag.

Underneath the teary-eyed flags, read the words: "13 novembre...22 mars..." -- a reference in French to the dates of the Brussels and Paris attacks.

Plantureux called it the "drawing of the world."

"This cartoon by @plantu is fast becoming the image of the #Brussels attacks," one Twitter user said.

To expand their reach beyond Brussels, Twitter users began to use the hashtag #prayforpeace.

"My heart is with the victims of this horrific attack, their families & the people of #Brussels. We will work for justice & #PrayForPeace," Rep. Barbara Lee (D-CA) tweeted.

"What is wrong with the world? #prayforpeace #prayersforBrussels," another Twitter user asked.