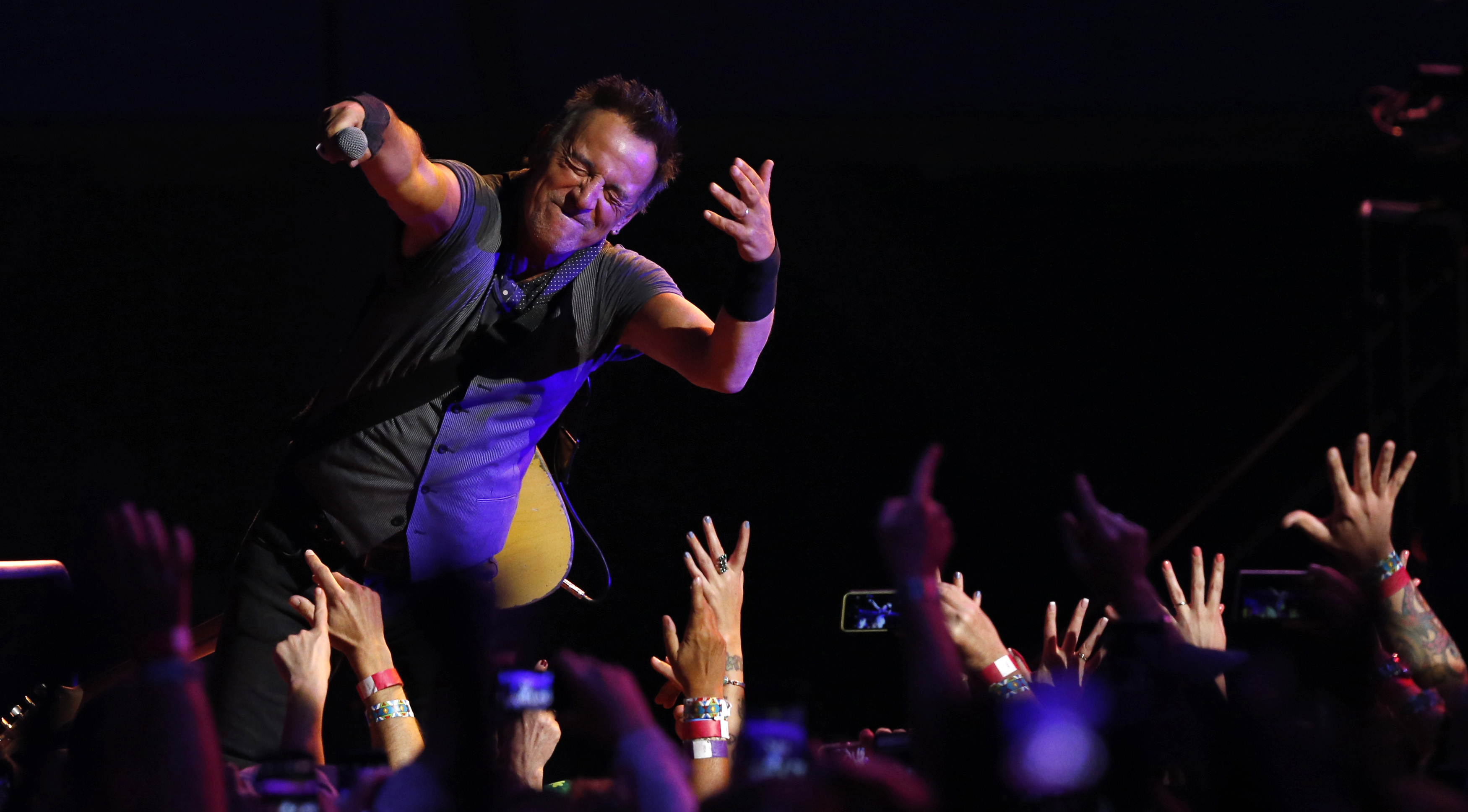 Bruce Springsteen set a new record on Monday as The E Street Band wrapped up its for "The River" by packing in quite a crowd at Brooklyn's Barclays Center.

For Monday's show, Springsteen played to more than 18,000, a feat the venue itself wouldn't let pass without mention.

The concert wrapped up a three-month U.S. stint by the "Born to Run" rocker in support of his latest album. "Tonight this is going to be our last official performance of 'The River'from start to finish," Springsteen said at the show, according to Billboard. "We're going to open up our set list overseas."

Springsteen lit up social media days earlier when he opened his first Barclays show on Saturday with a cover of Prince's "Purple Rain." For the closing night concert, he included it in the encores, sandwiching it between "Thunder Road" and "Born to Run."

Springsteen has also made his rendition of "Purple Rain" from Saturday's show available for free download via his website.