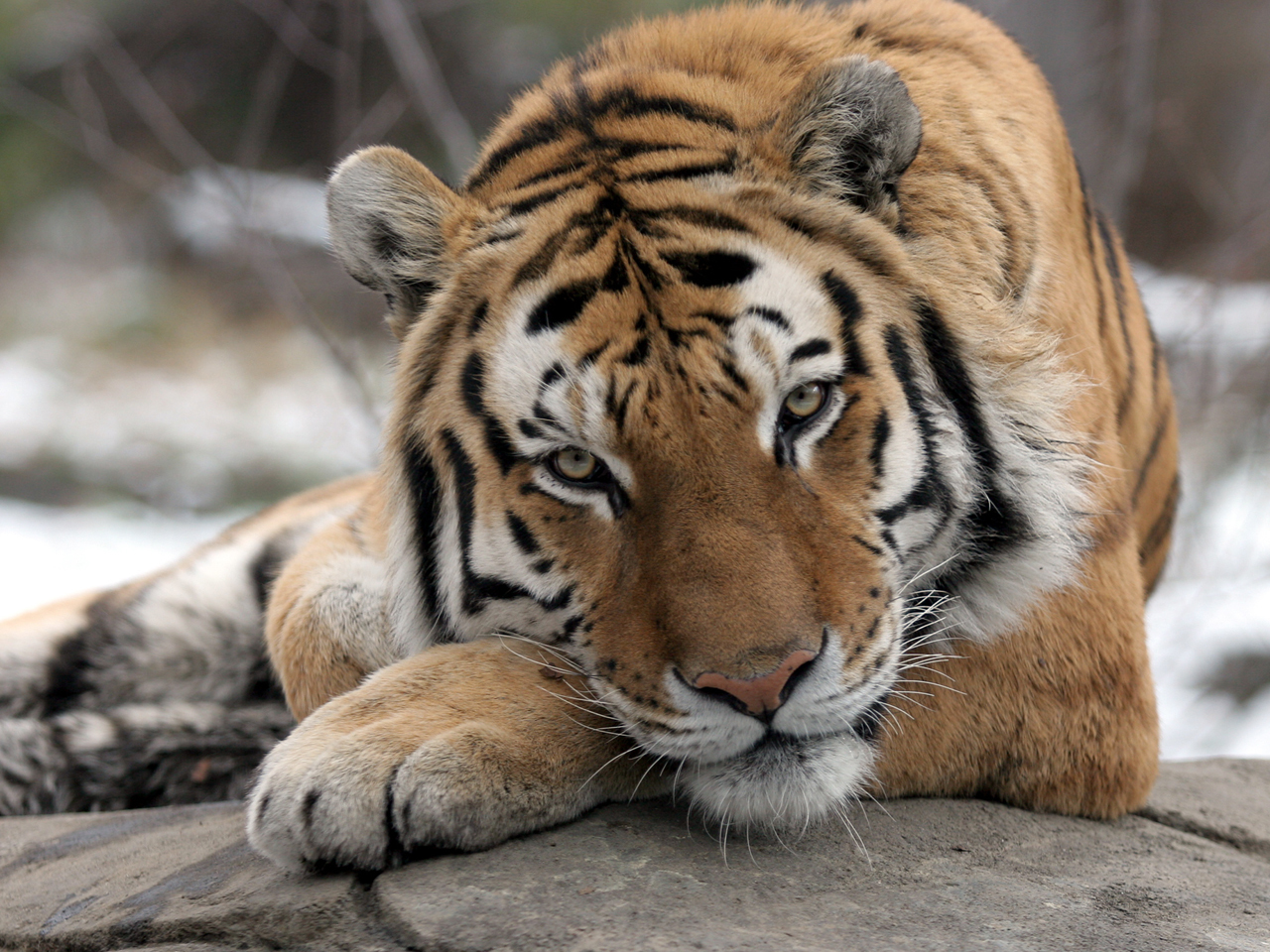 (AP) NEW YORK - A 400-pound tiger that mauled a man who jumped from a moving monorail train and plummeted over a protective fence at the Bronx Zoo will not be euthanized and "did nothing wrong," the zoo director said.

The mauling happened Friday afternoon in the Wild Asia exhibit, where a train with open sides takes visitors over the Bronx River and through a forest, where they glide along the top edge of a fence past elephants, deer and a tiger enclosure.

Passengers aren't strapped in on the ride, and 25-year-old David Villalobos apparently jumped out of his train car with a leap powerful enough to clear the 16-foot-high perimeter fence.

Villalobos was alone with a male Siberian tiger named Bashuta for about 10 minutes before he was rescued by zoo officials, who used a fire extinguisher to chase the animal away, said zoo director Jim Breheny. He suffered bites and punctures on his arms, legs, shoulders and back and broke an arm and a leg.

"When someone is determined to do something harmful to themselves," Breheny said, "it's very hard to stop that."

Man mauled by tiger after jumping into Bronx Zoo enclosure

Bashuta was returned to a holding area where the tiger usually sleeps at night and will not be euthanized, zoo officials said.

"The tiger did nothing wrong in this episode," Breheny said.

A hospital spokeswoman said Villalobos was in stable condition Saturday but his family has requested that no further information be released.

"If not for the quick response by our staff and their ability to perform well in emergency situations, the outcome would have been very different," Breheny said.

After zoo staff chased the tiger off, Villalobos was instructed to roll under an electrified wire to get to safety, Breheny said. Zookeepers then called the tiger into a holding area, he said.

Bashuta is 11 years old and has been at the zoo for three years.

The Bronx Zoo, one of the largest zoos in the U.S., sprawls over 265 acres (107 hectares) and contains hundreds of animals, many in habitats meant to resemble natural settings. Its exhibits include Tiger Mountain, Congo Gorilla Forest and World of Reptiles.

There are 10 tigers at the Wild Asia exhibit, but Bashuta was the only one on display at the time. There are no surveillance cameras in that area of the exhibit.

Zoo officials said they would review safety procedures but stressed that the situation was unusual.

"We review everything, but we honestly think we provide a safe experience," Breheny said. "And this is just an extraordinary occurrence ... somebody was deliberately trying to endanger themselves."