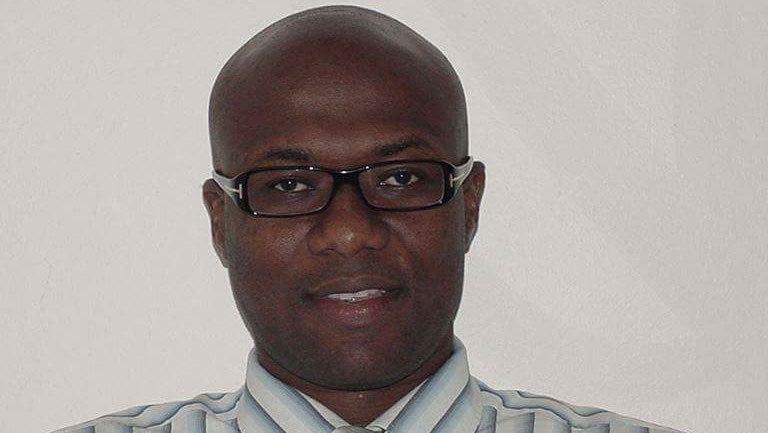 NEW YORK -- A doctor who appears to have been the target of a former physician who started shooting at a hospital Friday, killing one person and wounding six, said he has no idea why he would have been singled out.

Dr. Kamran Ahmed told the New York Post he wasn't the only one Dr. Henry Bello had a problem with.

Bello "had a problem with almost everybody, so I'm not the only one. That's why they fired him, because so many people complained," said Ahmed, who specializes in the early detection and treatment of dementia.

However, "he never argued with me," Ahmed said. "I don't know why he put my name."

Police said Bello was armed with an AM-15 rifle.

A law enforcement official told The Associated Press that Bello arrived at Bronx-Lebanon Hospital Center in the Bronx on Friday with the weapon, which he had bought in upstate New York about a week earlier, hidden under his lab coat and asked for a doctor he blamed for his having to resign, but the doctor wasn't there at the time. The law enforcement official wasn't authorized to discuss an ongoing investigation and spoke on the condition of anonymity.

Authorities said Bello went to the 16th and 17th floors and started shooting anyway, killing Dr. Tracy Sin-Yee Tam, who, like him, was a family medicine doctor. Hospital officials said that Tam normally worked in one of the hospital's satellite clinics and was covering a shift in the main hospital as a favor to someone else.

Tam had graduated from residency exactly one year before her death, reports CBS New York.

"It makes you think that anything can happen to anybody," said Tam's neighbor Alena Khaim, who saw Tam's sister outside the home Friday night overcome with grief, shaking and unable to walk. "She was such a sweet girl. You would never think something like that would happen, but it happened."

Before the shooting, Bello sent an email to the Daily News, blaming colleagues he said forced him to resign two years earlier.

"This hospital terminated my road to a licensure to practice medicine," the email said. "First, I was told it was because I always kept to myself. Then it was because of an altercation with a nurse."

When Bello was forced out in 2015, he sent Dr. David Lazala an email blaming him for the dismissal.

"All the time he was a problem," said Lazala, who trained Bello.

Bello's former co-workers described a man who was aggressive, loud and threatening. Bello had warned his former colleagues when he was forced out in 2015 that he would return someday to kill them.

The hospital told CBS New York it was never notified about those threats.

"We're not aware of any such reports," hospital spokesman Errol Schneer told the station.

Bello died from a self-inflicted gunshot. The six injured people were hospitalized.

Detectives searched the Bronx home where Bello was most recently living and found the box where the gun came from. They later determined it was bought at a gun shop in Schenectady on June 20.

He had also previously worked for the city Health and Hospitals Corporation, Rothenberg said.

Bello was subjected to a criminal background check, but a prior 2004 arrest did not appear in the check because he had pleaded guilty to a lower charge that didn't show up as a disqualifying offense, Rothenberg said.

Sources told CBS New York that Bello had been arrested several times, including the 2004 arrest for sexual abuse.