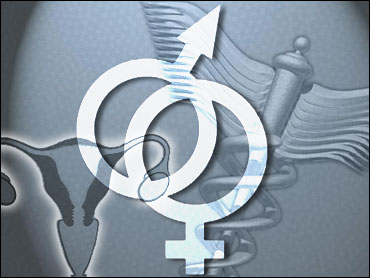 After considering the issue for more than a year, Britain's regulator of fertility services recommended that new techniques making it possible to select the sex of a baby in advance should only be used to avoid serious gender-linked disorders, such as hemophilia.

The Human Fertilization and Embryology Authority, which regulates fertility clinics and research centers, said in a report published Wednesday it had rejected the idea of allowing couples to choose the sex of their child for social reasons, such as balancing the number of boys and girls in their families.

The agency's review was prompted by a request from the government for an opinion on how new technologies allowing gender selection should be used. The regulator said its review included a public consultation, which indicated that 80 percent of people in Britain oppose gender selection for non-medical reasons.

After natural conception, the chance of any child being a particular sex is about 50 percent, but there are always slightly more boys than girls. However, medical concerns aside, some parents may have social or economic reasons for preferring a child of one sex rather than the other, or may want to "balance" their families.

Various methods of gender selection have been used -- with different degrees of reliability -- ranging from timing of intercourse to favor the conception of a child of a particular sex to the abortion of fetuses that are shown on ultrasound to be of the undesired sex.

More modern techniques in fertility clinics have been primarily used to prevent couples passing on one of several inherited diseases that affect children of one sex, such as Duchenne's muscular dystrophy, which only affects boys.

The two main technologies involve sperm sorting and genetic testing of embryos before they are implanted in the womb.

Sperm sorting where the sperm are sorted in a lab into male and female sperm is not regulated in Britain, but the embryo authority said Tuesday such techniques should now be regulated and that sperm sorting should be allowed only to avoid inherited medical disorders.

Genetic sex-testing of embryos is allowed only to avoid medical problems in the children. Parents wanting to select the sex of their babies for other reasons have normally been traveling to countries where gender selection is not restricted, such as the United States.

The British Medical Association, the British Fertility Society and other groups welcomed the recommendation to allow sex selection, whether by sperm sorting or embryo testing, only to avoid known diseases.

"The creation of a new life is the most morally serious thing you can do," said Dr. David King, director of the watchdog group Human Genetics Alert. "We must not let it become just another consumer choice."