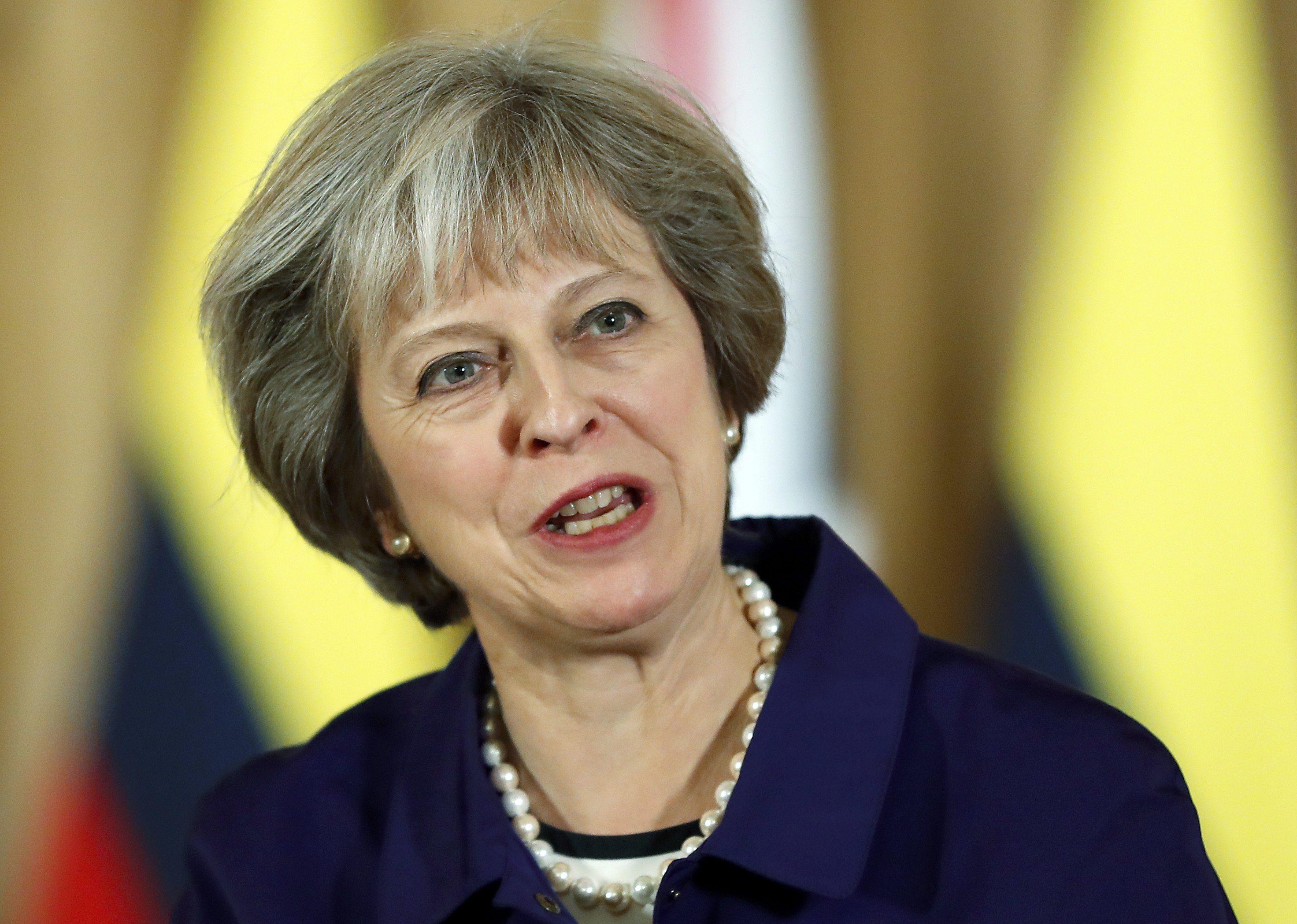 LONDON - British Prime Minister Theresa May has shrugged off an adverse court ruling on her government’s plans to leave the European Union and maintains that Brexit will be carried out in full.

She used a Sunday Telegraph column to say her government will “get on with the job” despite a High Court ruling requiring her to seek parliamentary approval before triggering the exit process. May says the government hopes to win a reversal of that decision before the Supreme Court because an important principle is at stake.

She says Parliament voted to put the decision on EU membership “in the hands of the people” in the June 23 referendum. May says the vote was decisive in favor of leaving the 28-nation bloc and that choice must be respected.

Brexit offers a “great national opportunity” to “forge a bold, confident global future for Britain,” said May, who spoke out in favor of staying within the EU during the hard-fought referendum campaign.

She was travelling to India on Sunday with a delegation of business leaders to conduct her first trade mission as prime minister in order to emphasize the importance of “the relationships we have with our friends and allies overseas.”

Despite May’s optimism, the High Court ruling risks delaying the Brexit process that May has pledged to formally begin by the end of March. Some in Parliament are pressuring her to spell out Britain’s negotiating position before Parliament, which she refuses to do.

U.K. Independence Party acting leader Nigel Farage said Sunday there’s a risk of unrest in Britain if voters feel their will is being thwarted.

“Believe you me, if the people in this country think they’re going to be cheated, they’re going to be betrayed, then we will see political anger the likes of which none of us in our lifetimes have ever witnessed,” he told BBC interviewer Andrew Marr.