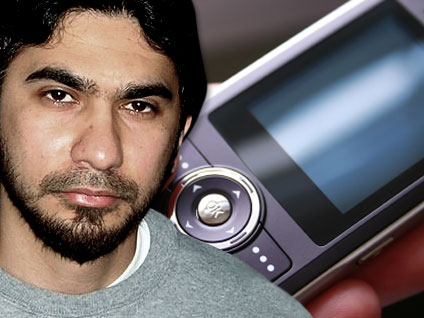 Margaret Hassan, a kidnapped aid worker who spent decades bringing food and medicine to Iraqis, was believed murdered after Al-Jazeera television said Tuesday it received a video showing a hooded militant shooting a blindfolded woman in the head.

Hassan's family in London said the longtime director of CARE in Iraq was likely the victim, and British Foreign Secretary Jack Straw said analysis of the video showed Hassan has "probably been murdered, although we cannot conclude this with complete certainty."

CARE said it was in mourning for the 59-year-old Briton, a veteran humanitarian worker known around the Mideast for her concern for Iraqis — particularly during the years of U.N. sanctions, whose effects on children she vocally denounced.

"To kidnap and kill anyone is inexcusable," Straw said. "But it is repugnant to commit such a crime against a woman who has spent most of her life working for the good of the people of Iraq."

In an emotional appeal on Al-Jazeera, Hassan's Iraqi husband, Tahseen Ali Hassan, said he had heard of the video but did not know whether it was authentic.

"I appeal to those who took my wife (to tell me) what they did with her. ... I want my wife, dead or alive. If she is dead, please let me know of her whereabouts so I can bury her in peace," he said, his voice choked with tears.

Hassan would be the first foreign female hostage killed in Iraq's wave of kidnappings. More than 170 foreigners have been abducted this year, and at least 34 killed. One woman — a Polish-Iraqi citizen — remains captive.

The video shows a hooded militant firing a pistol into the head of a blindfolded woman wearing an orange jumpsuit, said Al-Jazeera spokesman Jihad Ballout. The station received the tape a few days ago but had not been sure of its authenticity until recently, he said.

"We invited British diplomatic officials to come and view it," he told The Associated Press. "It's now likely that the image depicts Mrs. Hassan."

Ballout said the station would not air the video and would not broadcast any acts of killing, outside war. Al-Jazeera has been under pressure not to show videos of kidnapped foreigners.

Hassan was abducted in Baghdad on Oct. 19 on her way to work, the most prominent of more than 170 foreigners kidnapped in Iraq this year. Her captors issued a series of videos showing her weeping and pleading for Britons to act to save her. In one video, she fainted and a bucket of water was thrown on her to revive her.

In one video, she begged British Prime Minister Tony Blair to withdraw troops from Iraq and calling for the release of female Iraqi prisoners.

On Sunday, U.S. Marines found the mutilated body of what they believe was a Western woman on a street in a Fallujah during the U.S. assault on the insurgent stronghold. Officials have not said if the body has been identified.

Besides Hassan, the only Western woman known to be held was Teresa Borcz Khalifa, 54, a Polish-born longtime resident of Iraq seized last month.

A Blair spokesman said the prime minister "sends his sympathy to the family of Margaret Hassan and shares their abhorrence at the cruel treatment of someone who devoted so many years of their life to helping the people of Iraq."

CARE said it was "with profound sadness" that it learned of the video. "The whole of CARE is in mourning," said the group, which closed its Iraq operations after the kidnapping.

Hassan's four brothers and sisters also said they believe she is dead, although their statement did not mention the video.

"Our hearts are broken," they said in a statement released by the British Foreign Office. "We have kept hoping for as long as we could, but we now have to accept that Margaret has probably gone and at last her suffering has ended."

The family said, "Those who are guilty of this atrocious act, and those who support them, have no excuses."

Al-Jazeera reported on Nov. 2 that Hassan's captors threatened to turn her over to followers of Jordanian militant Abu Musab al-Zarqawi.

Three days later, al-Zarqawi's al Qaeda in Iraq group called for Hassan's release and promised to free her if she fell into their hands, according to a message posted on a Web site known for publishing messages from Islamic militant groups.

Al-Zarqawi and his men have been blamed for numerous deadly car bombings and the slayings of foreign hostages, including three Americans and a Briton.

Born in Ireland, Hassan also held British and Iraqi citizenship. She met her husband at the university and moved with him to Baghdad. Friends said she converted to Islam.

She was a vocal opponent of sanctions and remained in Iraq through the Gulf War and the recent invasion, risking her life to bring help to the people of Iraq, reports CBS News Correspondent Charles D'Agata.

Before the war, Hassan mostly worked on projects to provide clean water and improve education, said Carel de Rooy, a UNICEF representative who once worked with her there. Hassan was an outspoken opponent of the U.S.-led invasion that toppled Saddam Hussein.