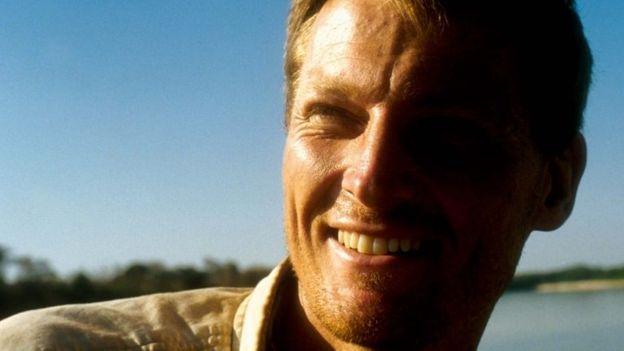 LONDON -- The family of British explorer Benedict Allen says he has gone missing during an expedition in Papua New Guinea.

The 57-year-old adventurer was attempting to make contact with a remote tribe, the Yaifo, whom he first visited 30 years ago.

He wrote in September that the Yaifo were "the remotest people in Papua New Guinea, and one of the last people on the entire planet who are out-of-contact with our interconnected world."

She told the Daily Mail Wednesday that his family was "very worried."

Allen has presented television series and written books about his journeys through New Guinea, the Amazon basin, the Gobi desert and elsewhere.

CBS News partner network BBC News reports that a search has been mounted for the missing explorer. The helicopter pilot who dropped him off several weeks ago is actively trying to find him.

According to BBC security correspondent Frank Gardner, who recently travelled through Papua New Guinea with Allen for a BBC documentary, the pilot is tracking Benedict's route from his starting point in Bisoria.

Allen's family members are highly concerned as it is "out of character" for him to miss his flights, his sister Katie Pestille told the BBC.