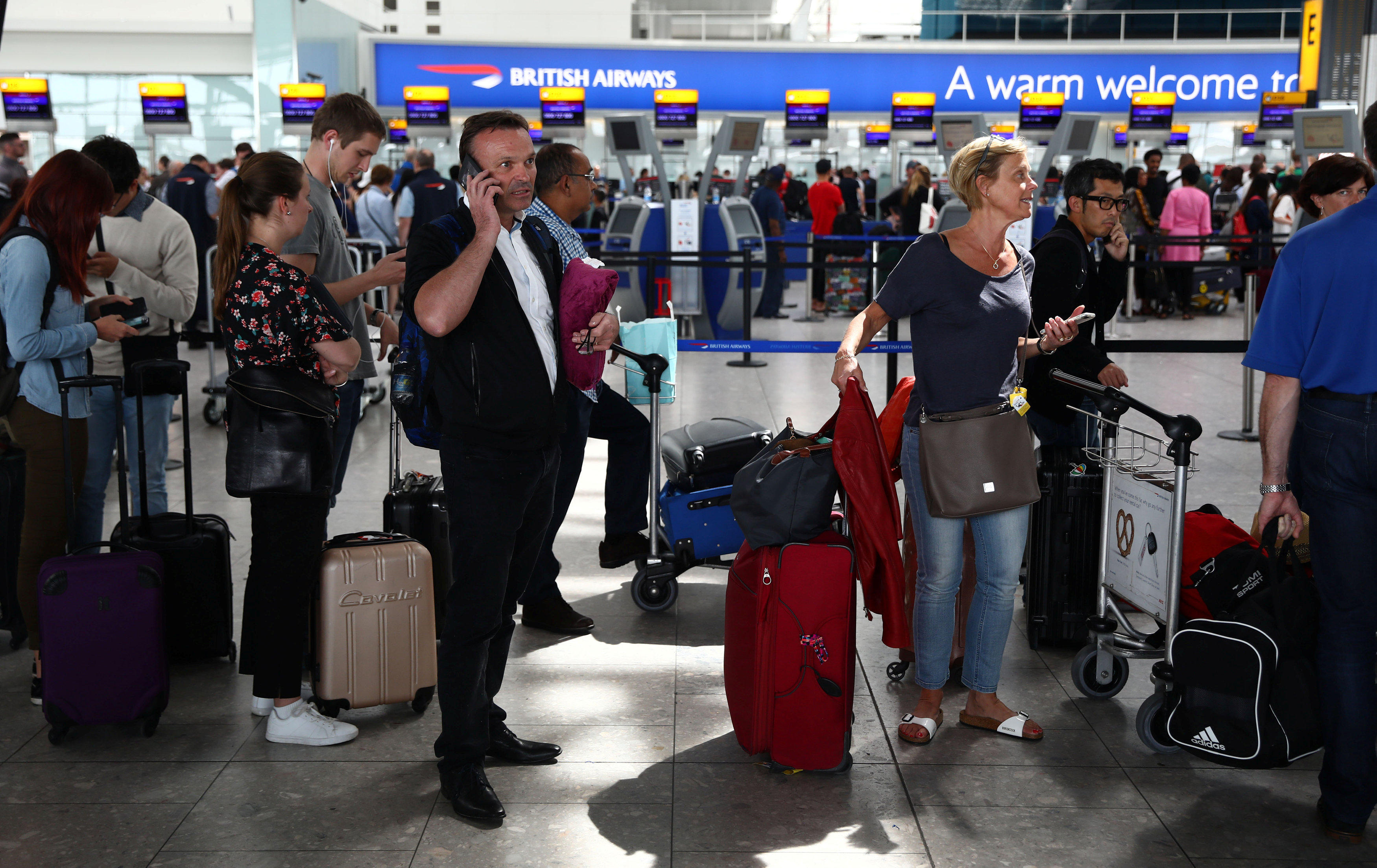 LONDON -- British Airways said Sunday it was still working to restore its computer systems, a day after a global IT failure crippled its services.

"Work continues to restore all of our IT systems but we expect some further disruption today," BA said in a statement.

Alex Cruz, British Airways chairman and CEO, said that "many" of the airline's IT systems were back up on Sunday, and that his colleagues across the airline were working "very hard" to "build back" the flight program.

He said that at Gatwick, the airline was running a "near full" operation, although some flights may be subject to delays. At Heathrow, the airline planned to fly all of its long-haul services, he said. Cruz said that there will be delays and some short-haul cancellations.

"On behalf of everyone at British Airways, I want to apologize for the fact that you've had to go through these very trying experiences, and to thank you for your patience and for your understanding," he said.

BA canceled all flights from both airports Saturday, upending the travel plans of tens of thousands of people on a busy U.K. holiday weekend. BA operates hundreds of flights from Heathrow and Gatwick on a typical day -- and both are major hubs for worldwide travel.

The airline blamed a power supply issue for the outage and told CBS News correspondent Kris Van Cleave it had no evidence that the disruption was the result of a cyberattack.

On Saturday, passengers at Heathrow and Gatwick faced long lines at check-in counters and the failure of both the airline's website and its mobile app. BA said the crash also affected its call centers.

Many passengers complained about a lack of information from the airline.

"Some 80-year-old lady was standing around waiting for announcements, et cetera, and she fell over," said Londoner Terry Page, who managed to get on one of the last flights from Heathrow to Dallas-Fort Worth Saturday. He and other passengers arrived, but their luggage did not.

"We helped her up and she said 'I'm just so tired,'" Page said. "It's been a terrible, terrible day."

The airline said it would refund or rebook customers affected by the IT failure.

While not that frequent, when airline outages do happen, the effects are widespread, high-profile and can hit travelers across the globe.

BA passengers were hit with severe delays in July and September 2016 because of problems with the airline's online check-in systems.

In August 2016, Delta planes around the world were grounded when an electrical component failed and led to a shutdown of the transformer that provides power to the airline's data center. Delta said it lost $100 million in revenue as a result of the outage.