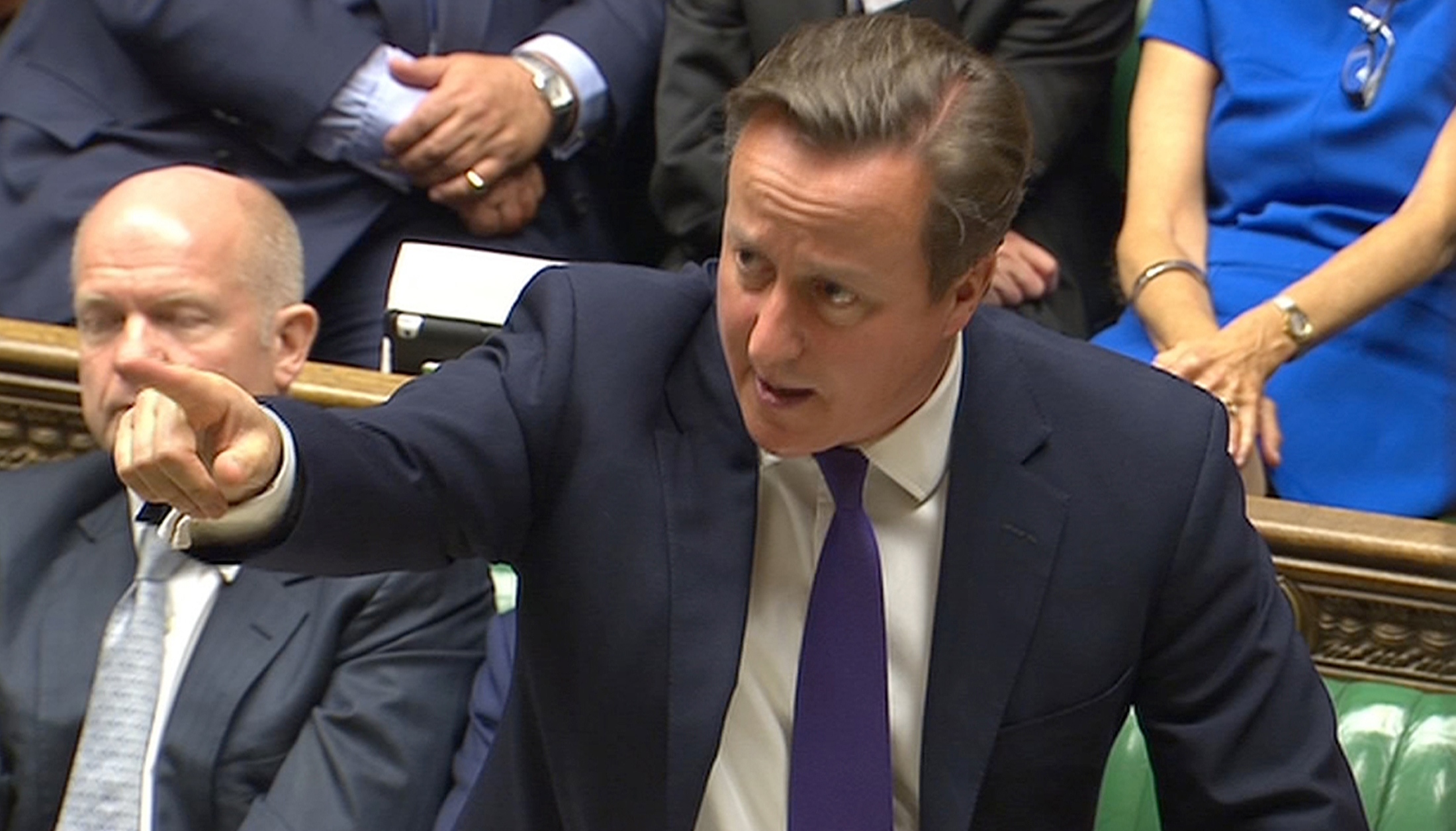 LONDON -- Britain, Belgium and Denmark on Friday joined the U.S.-led coalition of nations that are launching airstrikes on Islamic State of Iraq and Syria (ISIS) militants in Iraq, committing warplanes to the struggle against the extremists.

The European lawmakers flatly described the moves as critical to security on home soil, arguing that facing down terrorists has become a matter of urgency. British Prime Minister David Cameron made a passionate plea that spelled out the consequences of inaction in drastic terms - noting that the militants had beheaded their victims, gouged out eyes and carried out crucifixions to promote goals "from the Dark Ages."

"This is about psychopathic terrorists that are trying to kill us and we do have to realize that, whether we like it or not, they have already declared war on us," he said. "There isn't a 'walk on by' option. There isn't an option of just hoping this will go away."

Cameron told a tense House of Commons in a more than six-hour-long debate that the hallmarks of the campaign would be "patience and persistence, not shock and awe" - a direct reference to the phrase associated with the invasion of Iraq under Saddam Hussein. The unpopular intervention in Iraq has cast a shadow over the discussions because critics fear that Europe will be drawn into a wider conflict, specifically involving the fighting ISIS fighters in Syria.

British lawmakers voted 524-43 for action. Belgium also overwhelmingly approved the matter, voting 114-2 to take part, despite widespread concerns that more terrorism may follow in their homeland as a result.

In May, Belgium was shaken when a gunman opened fire at a Jewish museum in Brussels, killing four people. The suspect arrested, French citizen Mehdi Nemouche, has been identified as a returning Islamic fighter from Syria, and leaders in Belgium and other European countries have expressed their fears that other returnees from Syria and Iraq may cause further havoc.

"We must fight against torture, against decapitations, so it's time to act," said Belgian lawmaker Veli Yuksel, a Flemish Christian Democrat

Danish Prime Minister Helle Thorning-Schmidt said her government would send four operational planes and three reserve jets along with 250 pilots and support staff. The deployment will last for 12 months. Lawmakers in Denmark must also approve, but that is considered a formality.

"No one should be ducking in this case" she said. "Everyone should contribute."

Britain is expected to deploy Tornado fighters, a handful of which are in Cyprus - striking distance of northern Iraq.

The addition of the RAF Tornados gives the coalition the ability to hit moving targets with the use of the Dual Mode Brimstone missile, said Ben Goodlad from IHS Jane's. He said the weapons will have the ability to hit convoys and fleeing targets that would previously have been harder to strike.

The British resolution does not address any action in Syria, though many lawmakers tried to push the government to admit that taking on militants there would be the likely next step. Cameron has justified action in Iraq as lawful because the Iraqi leadership has asked for help - but his detractors say action in Syria would be illegal because President Bashar Assad has not invited outsiders in to assist. No European nation has yet agreed to strike in Syria.

American-led coalition warplanes destroyed four ISIS tanks in eastern Syria on Friday, the U.S. military said, targeting the militants in a key oil-producing area that has generated millions of dollars in revenue for the extremist faction.

CBS News national security correspondent David Martin reports that there was another strike overnight that hit an ISIS training area and headquarters near the Turkish border. The strike hit in the area where refugees have been desperately trying to escape into Turkey.