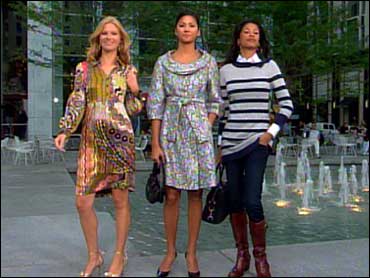 Don't let the near silence make you think the room isn't filled with fear, tension, excitement and exhilaration. Bridge players become masters of hiding their emotions - and they are passionate about their favorite pastime.

"Doesn't seem possible," says player George Jacobs, "but it's the most exciting thing you can ever do with your clothes on."

One of those passionate, outwardly calm competitors is Microsoft's Bill Gates, one of the richest men in the world, but not one of the world's best bridge players.

Bridge, it turns out, is one of the great equalizers.

"Is that one of the atttractions?" CBS News' John Blackstone asked the powerful CEO. "I mean you've conquered most everything else."

"You know, I'm here playing with people who are better than I am, so I can always improve," said Gates.

"And clearly, since you got knocked out," Blackstone pointed out, "they 're not intimidated by you either."

"Not one iota," Gates agreed, "If anything, maybe they try even a little harder."

"You know, if I'm playing bridge and a naked woman walks by, I don't ever see her," he said, laughing, then added, "don't test me on that!!"

"You know," Buffet told Blackstone, "I wouldn't mind going to jail if I had the right three cell mates, so we could play bridge all the time."

You'd think a pastime so loved by America's two richest men would be embraced by the young and ambitious, but there was a lot of gray hair at a recent tournament in San Francisco.

Though a tournament like this one can attract thousands, the truth is, bridge in America is in trouble. You just don't see many young people.

We could perhaps blame Bill Gates himself for giving kids computer games and the internet, but bridge has been fading since the 1960's - maybe it's television's fault.

For the first half of the 20th century, bridge was almost the biggest thing going.

A bridge scandal even made national headlines in 1929 when Myrtle Bennett shot and killed her husband after a badly-played hand, justifiable homicide says bridge champion Sharon Osberg.

That may explain why Osberg's husband doesn't play bridge with her, but both Bill Gates and Warren Buffet do.

And the three of them now are on a mission to get young people playing bridge.

"The main thing to do is to get them playing," Buffet said, "and have them play long enough so that it grabs them."

Gates and Buffett have invested a million dollars in programs to teach bridge in schools.

At Glenwood Academy, in Atlanta, the kids don't seem the least intimidated by the complicated rules.

"I really do like the part about the tricks, the bidding part," said one student.

"Once you know the basics, it's very straightforward," explained Gates, "I mean, the high card takes the trick. It's deliciously simple in the rules, but deliciously complex in doing it well."

So complex, Gates says, it hasn't been mastered by computers.

"I think it'll be a long time before computers are anywhere near the top players," Gates predicted.

"So the human mind is still a whole lot better for this?" Blackstone asked.

"It's incredible," Gates told him. "This is actually one of the last games where the computer is not better."

"It takes some investment to play it," cautioned Buffett, "I mean, you can not sit down and learn how to play it like most games."

"If you tell me it takes some investment," Blackstone said laughing, "I'll take your word for it."

"Once you get started, you can't stop," one young player enthused.

"Are there lessons for business," Blackstone asked, "for later life in this game?"

"There's a lotta lessons in it," Buffett assured him, "you have to look at all the facts. You have to draw inferences from what you've seen, what you've heard. You have to discard improper theories about what the hand had as more evidence comes in sometimes. You have to be open to a possible change of course if you get new information. You have to work with a partner, particularly on defense."

Not to say that bridge will ever be as big as it once was, but you can do worse than heeding advice from Warren Buffett.

"I've never met anybody that spent time to learn the game that didn't consider it one of the great things in their life," he concluded.

"My mother tried to get me to play bridge," Blackstone recalled, "I resisted. Here we are today, you're Bill Gates, I'm not. Is that because of bridge?"

"Well," Gates suggested, "you could take it up."