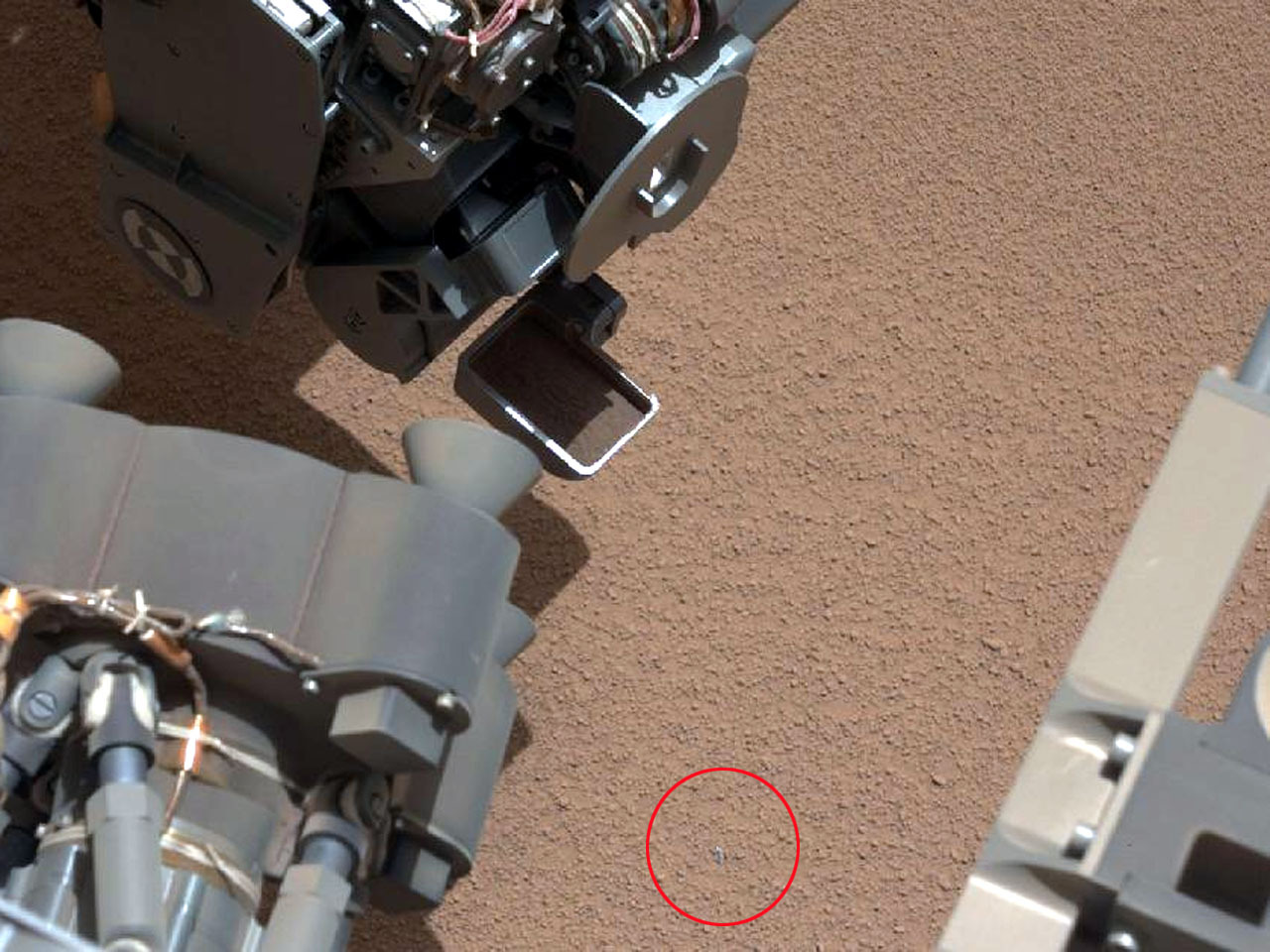 Curiosity team members spotted the odd bright object on Sunday (Oct. 7) while studying photos of the rover's first Martian soil-scooping activity. Curiosity then spent much of Monday photographing the scrap further, allowing researchers to determine that it likely came off the 1-ton rover -- though they're still not sure what exactly it is, or if its absence will affect Curiosity's mission appreciably.

"The rover team's assessment is that the bright object is something from the rover, not Martian material," mission team members wrote in an update today. "It appears to be a shred of plastic material, likely benign, but it has not been definitively identified."

Researchers will continue to investigate the object for another day before deciding whether or not to resume processing of the soil sample, which remains in Curiosity's scoop, the update added.

Yesterday's close-up photos of the mysterious sliver were shot with the Remote Micro-Imager of Curiosity's Chemistry and Camera instrument, or ChemCam. The rover will likely take more pictures of its surroundings today with its workhorse Mast Camera, researchers said.

This past weekend's activities were the first test of Curiosity's soil-scooping system, which is located at the end of its 7-foot robotic arm.

Samples from the scoop are designed to be dropped into two instruments on the rover's body known as Sample Analysis at Mars (SAM) and Chemistry and Mineralogy (CheMin). SAM and CheMin are two of the main tools Curiosity will use to determine if Mars could ever have supported microbial life.

The first few scoops are meant to clean out Curiosity's sampling system, to ensure that any material delivered to SAM and CheMin in the future is purely Martian, without any oily residues left over from the rover's construction and assembly here on Earth, researchers have said.

The $2.5 billion Mars rover Curiosity landed inside the Red Planet's huge Gale Crater on Aug. 5 and is expected to spend the next two years or more roving about its Martian environs. At about the size of Mini Cooper car, Curiosity is the largest robotic rover ever sent to explore another planet.

These lizards bleed lime green thanks to evolution gone weird