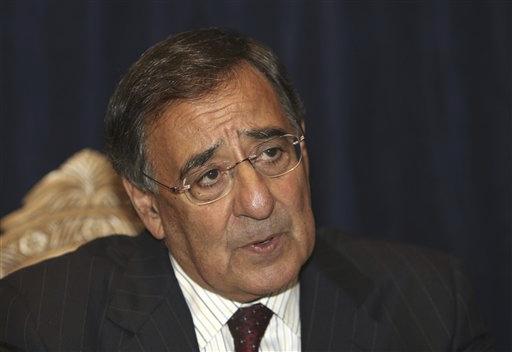 If you were one of the few people who did not make it to the Consumer Electronics Show in Las Vegas last week, it was a doozy of a gadget-fest. Bill Gates presented his vision of integrated and ubiquitous devices that transcend computers. Having several demos crash in the midst of his keynote address may not have helped the case. Never mind. Four days and ten thousand products later, the point was abundantly clear: stand-alone computers are history. We have entered the age of the media center.

While at CES, we previewed new electronic devices soon to be unleashed, I felt somewhat sad about several cool new gadgets that arrived before the Las Vegas frenzy that I have not shared with you yet. So, here's a few of my favorite new devices I've been holding out on you: a pair of LED flashlights that bury incandescent "torches" of yesteryear; a set of MP3 sunglasses from Oakley that rock 'n roll; Motorola's hot new RAZR V3 phone; plus the Treo 650.

Afraid of the Dark? LEDs are here to the rescue!
Nothing is more frustrating than fumbling in the dark for a dead flashlight. Bid farewell to filament-based flashlights: brighter, longer lasting, and far more efficient LEDs (Light Emitting Diodes) are replacing fickle incandescent bulbs. Two of the brightest lead the pack: the "JeanieLite" and Surefire's U2 Digital Ultra.

JeanieLite
Precision toolmaker Don Hutchins designed a petite escape light to honor friend Jean Roger, a flight attendant killed on 9/11. A lithium ion battery (with a ten-year shelf life) powers "JeanieLite's" 1-watt gallium nitride LED. The teal-green light, magnified with a collimator, is visible for at least a mile. The remarkably broad beam is ideal for evacuating smoky halls or darkened stairwells. Machined in Springfield, Mass., from solid brass then chrome and nickel-plated, "JeanieLite" stands a mere 2 ¼-inches high. At under $50, it is elegant and unobtrusive in any office and, best of all, is ready to work whenever you need it.

SureFire's U2 Digital Ultra
SureFire's latest tactical flashlight, the U2 Digital Ultra, packs a blinding 100 lumens from the 5-watt LED. Unique circuitry and a selector ring allow the user to dial between six different levels of bright white light. Carved from aerospace-grade aluminum and anodized matte black, the U2 Digital Ultra is the ultimate flashlight, with a suggested retail price of $270. One LED diode outlasts dozens of tungsten or xenon bulbs; efficiently producing more light and less heat; insuring this next generation of flashlights will last longer when you need them.

Oakley's THUMP
My snowboarding kids will tell you that I am not cool enough to wear Oakleys. Happily, wearing the THUMP MP3 music-playing sunglasses, I cannot hear them. All I hear is the amazing sound from these side-hanging ear-buds off the fashionista frames. I may not know "bling" from "blang" but I do know that with 256 MB of onboard RAM, you can store a good selection (50 to 75 songs) on these fun pair o' shades. They're not cheap: $395 for the 128 MB version and $495 for 256 MB beauties I tested. The lenses (Polarized, natch) flip up when you go indoors but even I realize when I wear them that way I look like a dork. Who cares? I wear my sunglasses at night… so I can see and now hear the visions in my head. Connects and recharges via USB.

Sushi Disk Memory Stick
Speaking of USB, in a small shop in Akihabra, Tokyo's electronics district, a master sculptor makes a strange new art form: Sushi Disk, "Japanese Traditional USB Memory." At first glance, it is hard to believe you will want to carry your documents and images on a piece of tekamaki or uni. But we're truly talking about art here: sculpted plastic reproductions of sushi (including a masterful tobiko w/quail egg) containing different sized USB memory devices. It's available exclusively from the nice folks at Dynamism.com. By the way, these are not mass-produced, so do not be surprised if they run out pretty quick. Sushi Disks range from $50 and up, depending on the memory size. (Did I mention they glow when they are connected?)

Motorola's RAZR V3
Ultra-sleek, Motorola flattened the cell phone into two aluminum slivers. They've added a bright LCD screen, a smaller front screen, and a decent VGA camera with 4X digital zoom. Available via Cingular, the RAZR is a GSM quad-band world phone, with speakerphone, internet browsing, and Bluetooth capability. The etched aluminum keypad is elegant and the design indisputably beautiful: just a ½-inch thin but more than 2-inches wide. The cost of the RAZR V3 depends on your phone plan: ranging from $400 at a minimum to $800.

TREO 650
The TREO 650 Smartphone is a total pocket solution: phone, organizer, camera and display, internet browser and more. The thumb-type keyboard appears tiny but is more than adequate to use for email and note taking. It also has Bluetooth connectivity, of course. I'm fond on the Palm OS and am amazed that this is not only a great organizer but an astounding phone. Some may be annoyed with the protruding antenna, but when I was struggling with poor service with one cell phone, the TREO 650 was getting full service on the same system in the same place. Initially, I feared the TREO 650 was too big to carry around, but the form-factor is fine and it carries well. You will not be disappointed with the bright, readable screen. You may monkey around with the camera but I'm not sure how often you'll really use it. Costs about $449 but that also depends on your phone service.