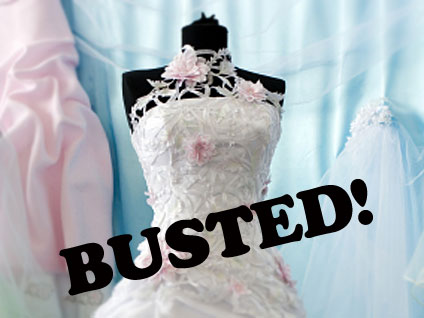 BOSTON (CBS/AP) Thousands of bridal show exhibitors were jilted in an alleged scam in Boston, according to the FBI, which says a Pittsburgh woman cheated wedding businesses out of thousands of dollars for a "show" that never happened.

Tucker and an uncharged co-conspirator allegedly posed as representatives of a business known as The Boston 411, then led the Massachusetts Convention Center Authority to believe they would hold an extravagant home and bridal show at the Hynes Convention Center over three days in March.

The heavily promoted show promised exhibitors face time with thousands of pre-registered brides-to-be, though few were actually lined up, authorities said. Prosecutors said Tucker and the other person collected fees in advance from exhibitors, but used most of the money for personal expenses, including rent, restaurants and shopping trips to Wal-Mart.

Tucker's business even promised some money from the never-held show would be used to help victims of the Haiti earthquake, authorities said.

Tucker made a brief appearance in U.S. District Court in Pittsburgh on Tuesday. She will be held without bail until a detention hearing can be held in Boston.

Boston wedding photographer Aram Orchanian said he paid $750 through the PayPal online money transfer service to rent a corner booth at the Boston show and spent $3,000 more to produce promotional materials for it.

"I don't understand how somebody can do this," Orchanian said after learning of Tucker's arrest Tuesday. "It's just money to her, but to the people she did this to, it is their business."

Tucker also allegedly conducted scams against wedding businesses in Ohio, Florida, Maryland, Nevada and Texas. Authorities said she ran a scheme in Miami between March and July of 2009, when an online version of "South Beach Bride" magazine was created with the promise that a printed magazine with ads from paid advertisers would be published and distributed. No printed magazine was published and the advertisers were not refunded their money, authorities said.