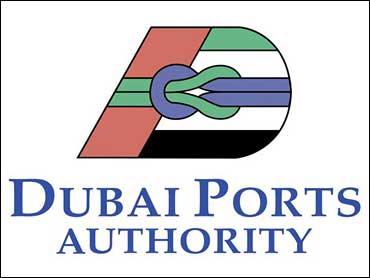 Things got so bad for the Chicago Cubs on Thursday that 40-year-old third baseman Gary Gaetti was warming up in the bullpen during the ninth inning.

Jose Valentin hit two-run homers from each side of the plate as the Milwaukee Brewers powered past the Cubs 19-12 in the type of game Wrigley Field is famous for.

Â"Not too many people have done that,Â" Valentin said. Â"I didn't think it would happen to me. I'm lucky to have played in Wrigley Field.Â"

Marquis Grissom hit a three-run homer in an eight-run fourth inning as the Brewers won for the eighth time in 11 games. Ron Belliard went 4-for-5 with a pair of two-run doubles and a career-high five RBIs, and Dave Nilsson also went 4-for-5.

With the wind blowing to right at 16 mph, Milwaukee scored its most runs since a 20-7 win over Detroit on July 16, 1996. The Brewers tied a season high with 21 hits and had their biggest inning since scoring eight times against the Cubs last Sept. 12.

Â"I'll tell you what, I was happy when I hit the second one but I didn't realize that it was the first time I did it from both sides,Â" Valentin said.

Mickey Morandini homered twice for Chicago, and Mark Grace and Jose Hernandez also homered. The Cubs lost for the first time in six games this year in which they scored in double figures. Chicago pitchers have allowed 10 or more runs in seven of their last 14 games.

Â"This is no fun. It's not a fun game to play in,Â" Morandini said. Â"Obviously, we can't continue to play like this.Â"

Gaetti, who has pitched twice before, including two scoreless innings of two-hit ball against Colorado last July 24, would have been a last resort. Fans started chanting his name when they saw him wrming up.

Sammy Sosa, who had homered in his previous four games, went 2-for-4 with no extra-base hits. He leads the major leagues with 30 homers.

Milwaukee took a 6-1 lead in the second, watched the Cubs close to 6-4 in the third, then went ahead 14-4 in the fourth. But Chicago got two runs in the bottom half and closed to 14-12 with a six-run sixth.

Â"When they came back 14-12, I knew that in this place you can't give them any chance,Â" Valentin said. Â"You've got to come up with as many runs as you can.Â"

Cubs starter Steve Trachsel (2-11) was pounded for 10 runs nine earned and nine hits in 3 2-3 innings, losing his seventh straight decision since May 15.

Â"There are 40 different reasons why I'm struggling from 80 different people,Â" Trachsel said. Â"I'm just going to go back and start from scratch.Â"

How long will Riggleman keep Trachsel in the rotation?

Â"I was talking to myself on the mound, saying `Throw strikes, throw strikes,' Â" Nomo said through an interpreter. Â"I wasn't getting hit hard. It was just too many walks.Â"

Milwaukee went ahead in the first on Jeromy Burnitz's run-scoring groundout and Nilsson's RBI single.

Morandini, who had the first multihomer game of his career, homered in the bottom half, but Milwaukee took a 6-1 lead in the second on a run-scoring throwing error by catcher Tyler Houston, Belliard's two-run double and Jeff Cirillo's sacrifice fly.

Nomo walked the first two batters he faced in the third and Grace followed with his 11th home run, making it 6-4.

The Brewers sent 12 batters to the plate in the fourth, chasing Trachsel with Nilsson's RBI single and Grissom's eighth homer. Valentin homered off Serafini and Belliard hit another two-run double.

Morandini and Sosa hit RBI singles in the bottom half, and the Cubs closed in the sixth on Morandini's second homer, Henry Rodriguez's two-run double and Hernandez's homer. Pinch-hitter Alex Ochoa had an RBI single in the seventh.

Grace is having trouble understanding the losing.

Notes: Valentin had the third right-handed homer of his career, his first since Sept. 22, 1997, at Minnesota. ... The Cubs released Nomo on April 23 after a three-start minor league tryout. ... Grace's 11 homers are the most he has ever had before the All-Star break. ... In 24 games between the Cubs and Brewersthere has been just one (April 17 at County Stadium) without a home run. .. The Cubs' Jeremi Gonzalez will have elbow surgery Friday. Dr. Lewis Yocum, who operated last August on the pitcher's right elbow, will operate again. ... Chicago sent outfielder Robin Jennings outright to Triple-A Iowa and recalled left-hander Ray King.