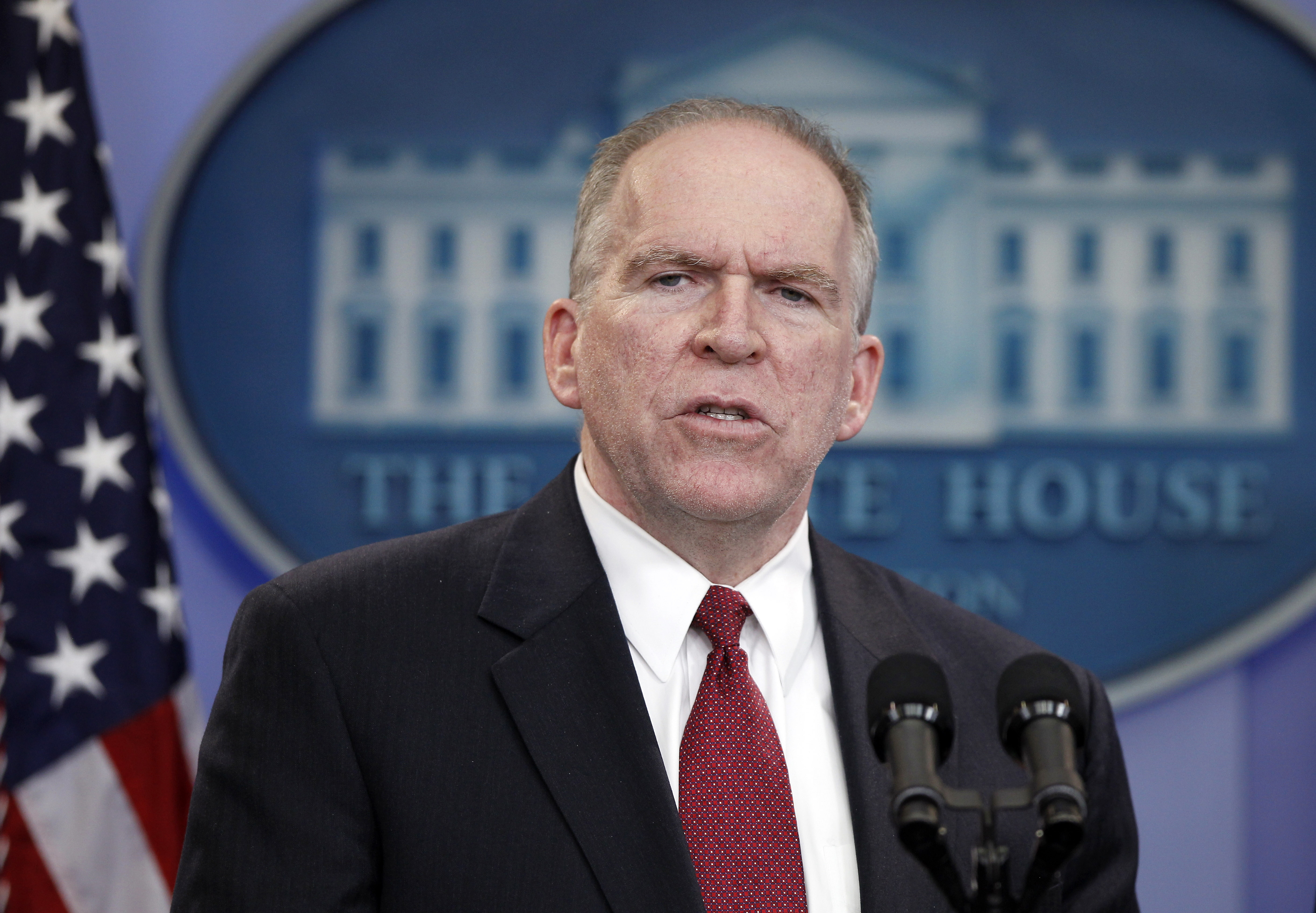 After the White House agreed to share information on its drone policies, the Senate Intelligence Committee today approved of John Brennan's nomination to serve as CIA director by a vote of 12 to 3.

Brennan's nomination now moves to the full Senate, where Republicans are expected to attempt to block it with a filibuster.

Republicans plan on trying to block the nomination primarily because of lingering questions over the Sept. 11, 2012 attack on the U.S. consulate in Benghazi, Libya. Brennan, President Obama's counterterrorism adviser and a 25-year CIA veteran, also faces questions over his position on torture. The White House, meanwhile, insists it is going to great lengths to answer senators' questions.

Sen. Dianne Feinstein, D-Calif., chairman of the committee, said that the committee was finally able to approve of the nomination today after the White House agreed to give the committee access to all opinions from the Justice Department's Office of Legal Counsel related to the targeted killings of American citizens. With access to those documents, as well as the additional details related to the Benghazi attacks that the administration is giving the committee, Feinstein said Brennan should be confirmed as CIA director.

"It was unfortunate these issues delayed the process, but I am confident that they have been resolved," she said in a statement.

Feinstein said later she expects Brennan to get the 60 votes of support needed to break a filibuster. Sen. Saxby Chambliss, R-Ga., said he was one of the three committee members to vote against Brennan today. However, he added, "I don't intend to encourage a filibuster of Mr. Brennan, I think it will run its normal course and he will probably be confirmed."

Still, the administration's use of drones is still a matter of serious controversy tied to Brennan's nomination. Sen. Rand Paul, R-Ky., had promised to hold up Brennan's nomination until he received answers on whether the U.S. could hit a U.S. citizen on U.S. soil with a drone strike. Brennan and Attorney General Eric Holder finally responded to his queries this week.

Holder refused to rule out the possibility of a strike on U.S. soil, which Paul said was "more than troubling." And while Brennan responded that the CIA could not authorize such an operation, Paul noted that Brennan failed to answer several other questions he had.

Meanwhile, other senators who are not on the Intelligence Committee are also pressing for more information on the Benghazi attacks. Sunday on CBS' "Face the Nation", Sens. John McCain, R-Ariz., and Lindsey Graham, R-S.C., vowed to "stop" Brennan's confirmation until they received more details about the White House's handling of the Benghazi attack.

"John and I are hell-bent on making sure the American people understand this debacle called Benghazi," Graham said.

McCain also said on "Face the Nation" that in addition to questions on Benghazi, "I have some questions about torture."

During a tense hearing before the Senate Intelligence Committee last month, Brennan said that he raised "personal objections" to "some agency colleagues" while he was at the CIA about the use of enhanced interrogation techniques like waterboarding. He said he did not officially object to the use of those tactics because he was not at the time in the chain of command at the CIA. He insisted, however, that he considers waterboarding "reprehensible" and would not use the method if confirmed as CIA director.

On the Senate floor yesterday, Reid dismissed the GOP concerns as political theater.

"At a time when America faces so many threats abroad, it's crucial we have a talented and dedicated individuals like John Brennan leading our most prominent intelligence agency," he said. "Yet Republicans have, again and again, injected politics into the confirmation process - both when considering judicial nominees and, most recently, when considering Cabinet nominees."