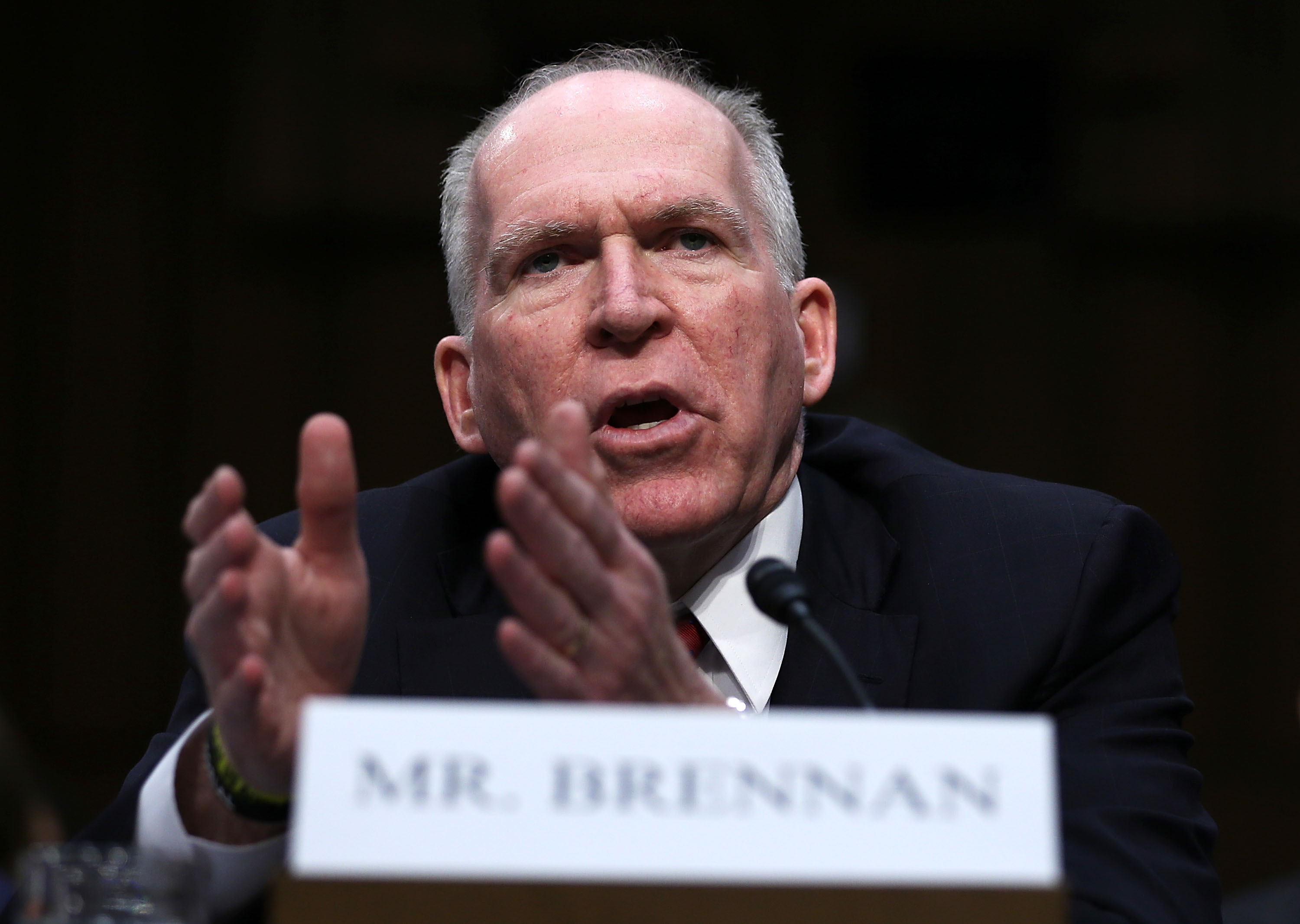 After initial interruptions from protestors, White House counterterrorism adviser John Brennan today faced a tense grilling by the Senate Select Intelligence Committee during his confirmation hearing to be CIA director, repeatedly fielding questions about the U.S. drone program that he has helped shape over the past four years.

Brennan, who has served for the past four years as President Obama's principal policy adviser on homeland security and counterterrorism, was interrupted by protesters five times during his opening remarks, leading committee chairman Sen. Dianne Feinstein, D-Calif., to demand a halt to the hearing and that "associates" of the group leading the protest be excluded from the audience.

When the session reconvened, Brennan defended the controversial, mostly-clandestine policy of targeted, "drone strike" killings that he has helped architect - and which has been a point of much criticism among those on the left -- including inquiries about the recently-leaked memo outlining the expansive justification with which the U.S. authorizes the use of drone strikes.

Brennan argued that the there is a "misimpression" among the American people about the circumstances in which strikes are implemented, and suggested that the protesters were "reacting to a lot of falsehoods that are out there" about how the program operates.

"We only take such actions as a last resort to save lives when there is no other alternative," he said. He argued that he had taken great pains to "try to institutionalize and to ensure we have as rigorous a process as possible," and that "we're taking the appropriate actions at the appropriate time."

"The president has insisted that any actions we take will be legally grounded, will be thoroughly anchored in intelligence, will have the appropriate review process, approval process before any action is contemplated, including those actions that might involve the use of lethal force," he said.

Brennan said that the U.S. should acknowledge to its foreign partners, and in an "ideal" circumstance, the public, if a drone strike killed someone accidentally. He also promised the committee members to advocate for them in getting the information they need for oversight purposes.

Feinstein specifically asked Brennan why the U.S. couldn't have arrested Anwar al-Awlaki, an American in Yemen with ties to al Qaeda, rather than killing him.

"There are parts of Yemen that are ungoverned and beyond the reach of Yemeni security and intelligence services," Brennan said, insisting capturing him would have been impossible. At Feinstein's request, Brennan discussed Awlaki's ties to al Qaeda, the underwear bomber Umar Farouk Abdulmutallab and Ft. Hood shooting suspect Nidal Malik Hasan.

The nominee also responded to concerns about his record with regard to the enhanced interrogation techniques used by the CIA during the Bush administration, maintaining that he while he raised "personal objections" to "some agency colleagues," he did not officially object to the use of those tactics because he was not at the time in the chain of command at the CIA.

"I did not take steps to stop the CIA's use of those techniques," he said, of the tactics - such as waterboarding - that the CIA sometimes used on detainees in an effort to extract information. "I was not in the chain of command of that program. I served as deputy executive director at the time. I had responsibility for overseeing the management of the agency, and all of its various functions. And I was aware of the program."

He insisted, however, that he would not use waterboarding under his watch, if he's confirmed, calling the tactic "reprehensible."

Near the end of the hearing, Sen. Richard Burr, R-N.C., joked, "I'm going to try to be brief because I've noticed you're on your fourth glass of water, and I don't want to be accused of waterboarding you." The joke elicited some laughter, with Feinstein responding, "That's a good one."

During the questioning, Brennan discussed a planned 1998 strike against Osama bin Laden, which he admitted to opposing when asked by Sen. Saxby Chambliss, R-Ga.  Brennan was stationed in Saudi Arabia for the CIA at the time.

"Based on what I had known," Brennan explained, calling the plan not "well-grounded."

"I didn't think it was a worthwhile operation," he said

He added that he had "no second thoughts whatsoever" at the time and there was a good chance "other individuals were going to be killed."