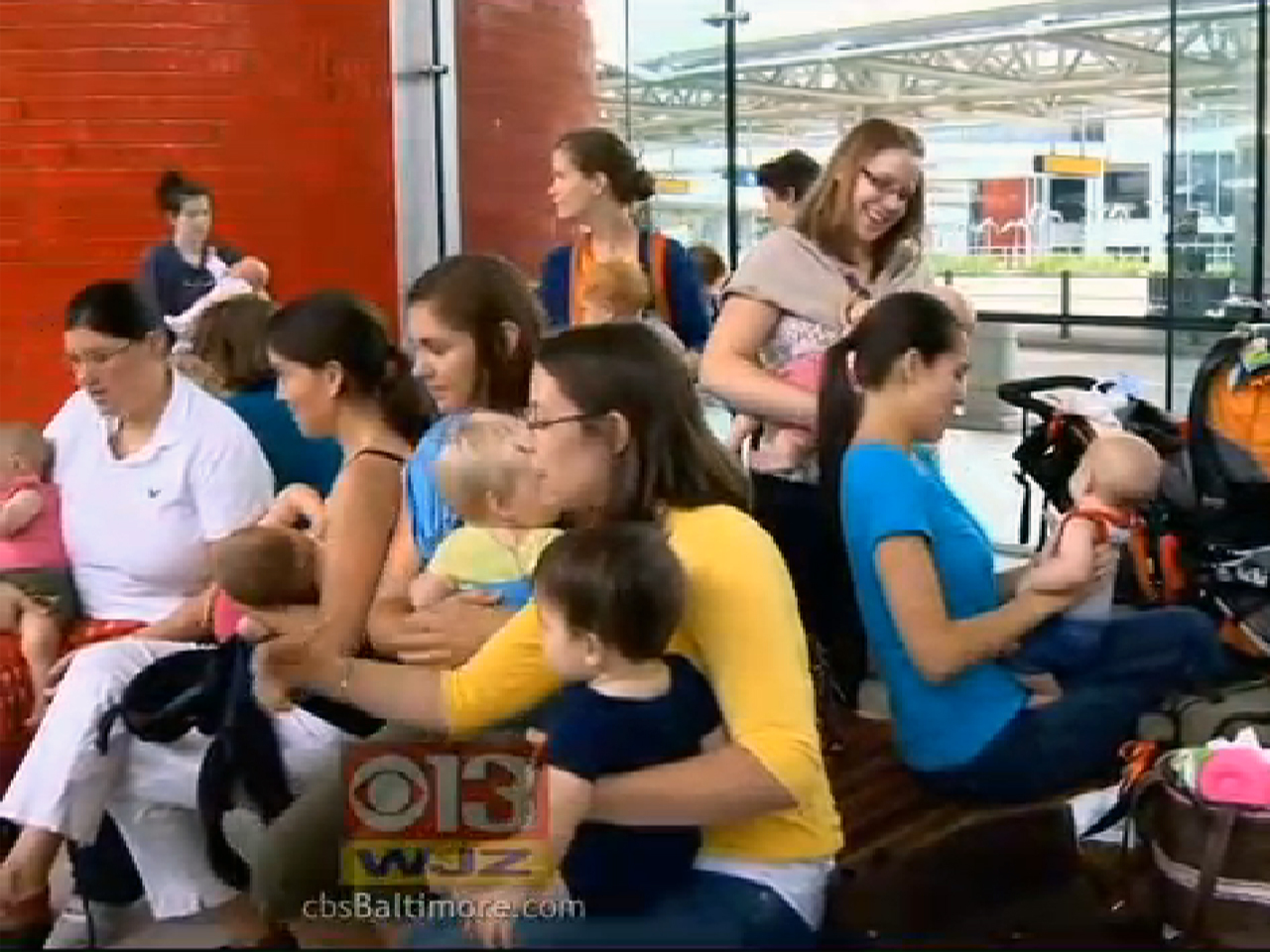 An incident in the air has led to a large protest at Baltimore-Washington International Thurgood Marshall Airport. It is a quiet protest of about 25 nursing mothers and their 25 nursing children, but it's attracted worldwide attention.

"It's common that breastfeeding moms are asked to cover up or asked to feed their babies elsewhere, when really it's illegal to do so. They are allowed to breastfeed however and wherever they see fit," said Katy Whipple, protest organizer.

They are in front of the American Airlines ticket counter.

One of the members of their Mommy-group called "The Milkmakers" had this happen on a recent American flight: "She was discreetly nursing her son, and a flight attendant came over and made her feel really shamed, really unwelcome and asked her to cover up," said Whipple.

The woman complained and American sent her a letter. Her friends are not satisfied how American handled the apology.

Now, American is clarifying its position: "We apologize to the breastfeeding mother who was offered a blanket during a recent flight by a well-intentioned flight attendant. The intent was to make everyone on board comfortable," American said in a statement.

Since they're talking about breastfeeding, the moms made a point to breastfeed.

"I'm fine with it. It's a natural process. Babies get hungry," said Cindy Nell, passer-by.

Schuh asked a media representative from American Airlines if the protest and the attention it got on social media will in any way change their policy.

He said it's in discussion now and social media changes the game.

The airline reiterates that it did apologize to the nursing mother and that nursing is allowed at any time during the flight.