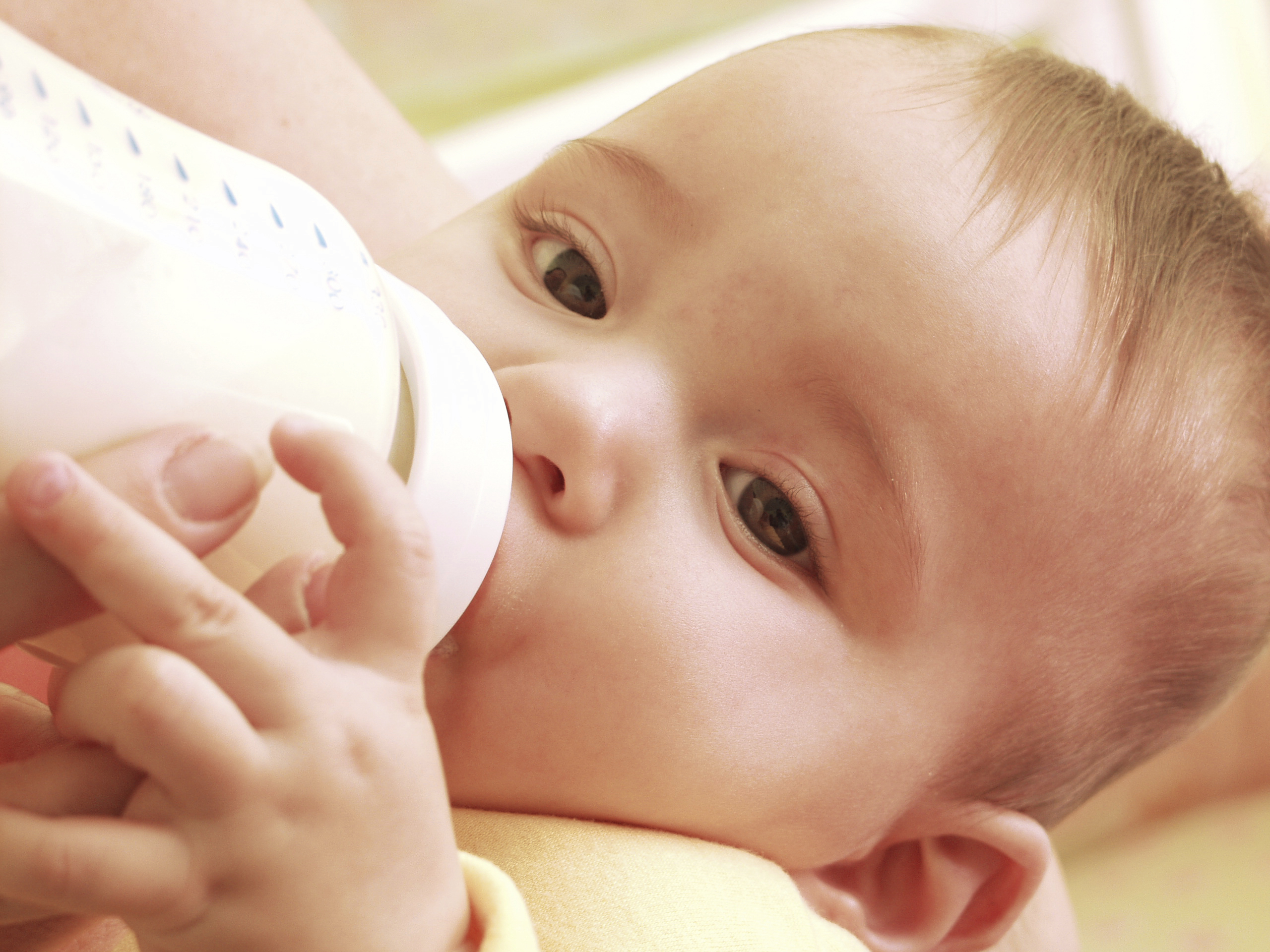 Thanks to successful public health campaigns and greater awareness, more new moms in the U.S. and elsewhere are warming up to the idea that "breast is best." However, some women run into challenges with breastfeeding or are unable to nurse due to issues beyond their control, such as chronic health conditions, medication or the baby's medical problems. As a result, some mothers have turned to the Internet to buy breast milk, thinking it will be better for their newborn than formula.

A study conducted by Dr. Sarah Keim, principal investigator at the Center for Biobehavioral Health at the Research Institute at Nationwide Children's Hospital in Columbus, Ohio, found that 1 in 10 milk samples purchased online is actually blended with cow's milk, which is detrimental to a baby's health.

A total of 11 out of 102 samples purchased by Keim and her team were found to have both human and bovine DNA, according to the study which was published Monday in the journal Pediatrics. Using polymerase chain reaction, a type of molecular biology for DNA analysis, the researchers also discovered that 10 of the samples that contained bovine DNA concentrations had levels that indicated intentional contamination.

"Breastfeeding is very popular and it's something moms, in particular, think is very important for their baby's health and growth," Keim told CBS News. "So I think that is part of the motivation that some parents are interested in getting breast milk at any cost. They're willing to do anything to avoid feeding a baby formula."

Keim said babies under 12 months of age shouldn't drink cow's milk because it does not contain the complete nutrients a baby needs to thrive early in life. Additionally, many babies are found to have allergies to cow's milk, including even baby formula made from cow's milk.

Procuring breast milk online is becoming a more popular practice. It's estimated that there are currently some 55,000 women in the U.S. participating in the selling, purchasing or exchange of breast milk via the Internet. Keim said that number is up from 13,000 in 2011.

A recent survey of 499 women also conducted by Keim and published in journal Breastfeeding Medicine, found 25 percent of women had at some point considered milk sharing and almost 4 percent of women shared milk among friends or relatives or had a preterm infant who received donor milk.

But even breast milk ordered off the Internet that doesn't contain cow's milk could pose a number of serious health risks that mothers need to consider.

"We have substantiated in our previous work that one of the other risks is the risk of infectious disease," said Keim. "We previously confirmed that milk that's being sold online, about three-quarter of it had levels of bacterial contamination or bacteria that can cause disease such as e. coli or salmonella."

In previous research Keim found that the temperature at which the milk is frozen is not a predictor of whether or not it will contain bacteria. Even frozen milk that looks safe can pose health risks.

The World Health Organization currently recommends mothers share breast milk in countries where the water supply is not potable and there are no other options for babies, according to Keim.

However, in the U.S. there are other choices to ensure a baby receives proper nutrition. Keim says new mothers should discuss their options with a pediatrician before they resort to purchasing milk online. She also suggests women who wish to help new mothers may want to consider donating extra milk to non-profit milk bank instead of selling it over the Internet.

"Women who have difficulty making enough milk for their child should work with their pediatrician to identify safe, healthy ways to feed their baby, and the options will vary depending on whether the baby is growing well or has any medical conditions," said Keim. "Women need lactation support that is timely and of high quality, as this can help a large proportion of women feed their baby their own milk."