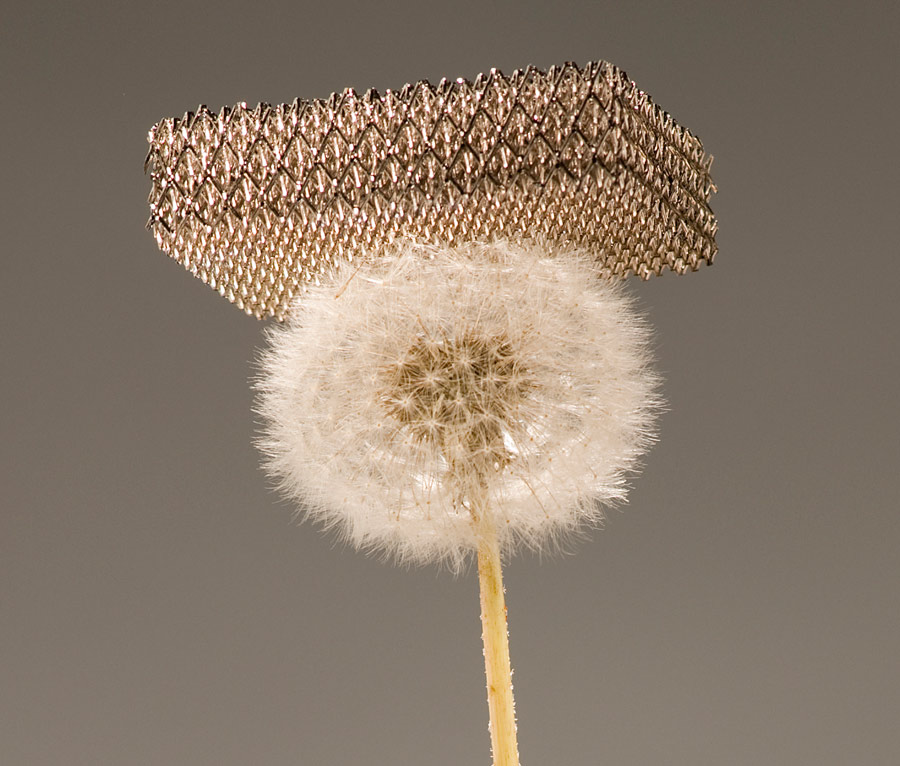 Call them a bunch of intellectual lightweights.

Researchers at HRL Laboratories and the Composites Center at the University of Southern California have created what they say is the lowest-density material, a lattice of hollow tubes of the metal nickel.

Its volume is 99.99 percent air, and its density is 0.9 milligram per cubic centimeter--not including the air in or between its tubes. That density is less than one-thousandth that of water.

The metallic microlattice, as the researchers call it, could be useful for absorbing sound, vibration, and shock. Other possibilities, according to HRL: electrodes that could increase how much energy lithium-ion batteries can store and lower their manufacturing costs; air-cooling devices for computing electronics; and lighter-weight materials for automobiles, aircraft, and spacecraft.

The researchers made it by fabricating structures with features whose dimensions range from millimeters to a ten-thousandth of that. They described their methods in a paper published yesterday in the journal Science.

"The trick is to fabricate a lattice of interconnected hollow tubes with a wall thickness of 100 nanometers, 1,000 times thinner than a human hair," said Tobias Schaedler, the HRL researcher who's lead author of the paper. Another HRL author, Bill Carter, likened the design to a small-scale version of the Eiffel Tower: strong, but mostly air.

Another notable property: When it's squashed, the tiny tubes buckle, but when the pressure is removed, it rebounds. A sample compressed to half its original height rebounds 98 percent of the way. That makes the material similar in some ways to elastomers that are a widely used cushion against shock.

The lattice is constructed through several steps, Carter said. First, lasers beam ultraviolet light into a reservoir of a resin that forms polymer fibers when the light hits it. The fibers follow the path the light takes, and using multiple beams creates multiple interconnected fibers.

The dimensions of the lattice can be adjusted by changing the properties of a perforated mask through which the ultraviolet line is beamed, the paper said.