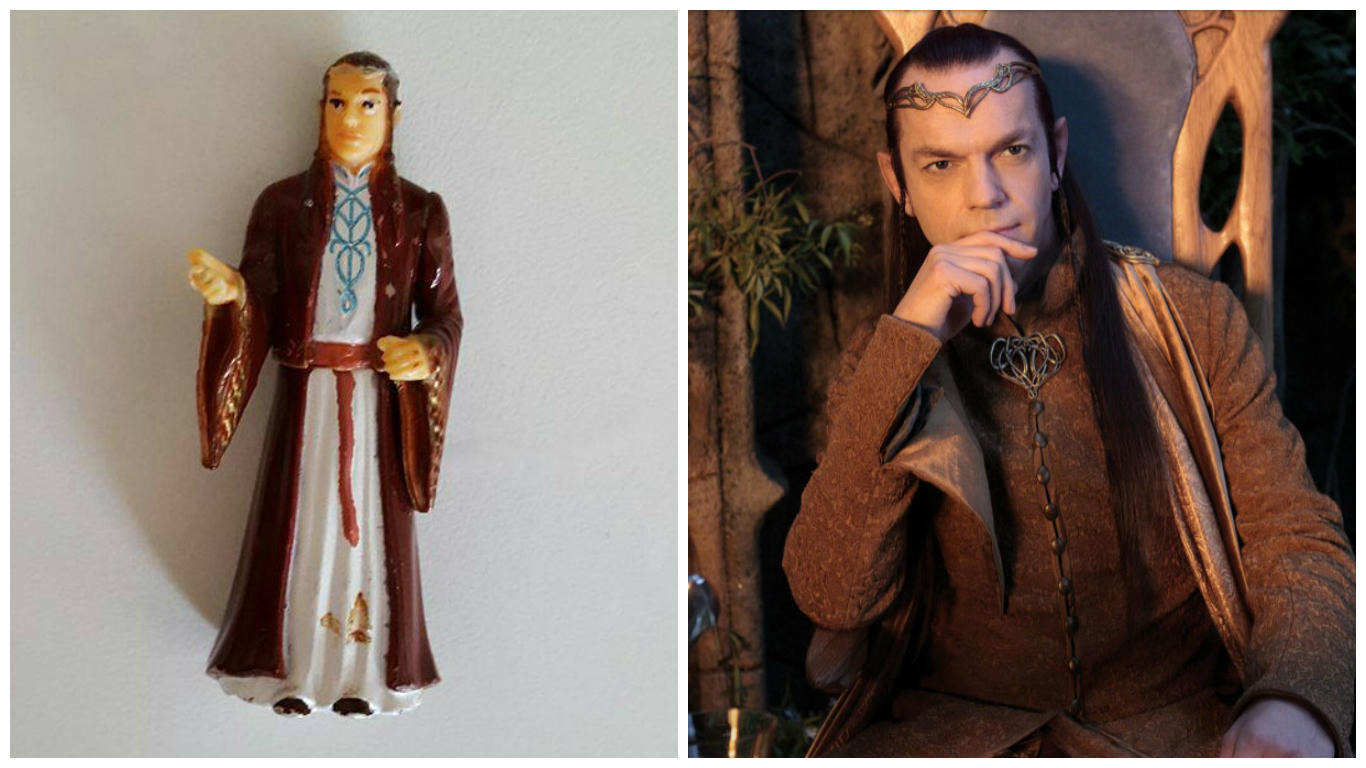 Religious saints are often pictured in long flowing robes. They also occasionally don crowns on their heads. Saints have that in common with medieval royalty, the Wise Men and, it seems, elves from the “Lord of the Rings” movie franchise.

So, when a Brazilian grandmother, named Dona Nely, received an Elrond figurine from her boyfriend as a gift one year, she simply assumed it was a saint -- Saint Anthony, to be exact -- and began praying to it nightly.

“She had it for years, and prayed to it as Saint Anthony almost every night by her bed,” said Gabriela Brandão, Dona Nely’s granddaughter by marriage. “But nobody noticed all these years.”

Nobody noticed that the little robed figurine by Dona Nely’s bedside seemed a bit off, until one day recently when her great-granddaugter -- Brandão’s daughter -- began playing with it and brought it into the kitchen, where the family was seated.

“That’s when I saw it and asked, ‘Guys, does Saint Anthony have long hair?’” Brandão told CBS News.

As it turns out, he doesn’t. Saint Anthony of Padua -- the patron saint of lost or stolen articles -- is either depicted with very short hair or bald with a ring of hair around his head.

“I Googled the logo on the bottom of the figurine and found out the truth,” said Brandão. “The moment I found out was one of the funniest moments of my entire life. We laughed about it for days.”

In the end, Dona Nely thought the case of mistaken identity was funny, as well.

“My mother-in-law explained to her that it wasn’t Saint Anthony,” Brandão told CBS News. “She laughed about it. And we got her a new one a few days later.”

So, Dona Nely now has a proper Saint Anthony figurine with which she can pray for miracles, lost causes and matchmaking... no doubt the way she intended it all along.

As J. R. R. Tolkien characters go, however, Lord Elrond of Rivendell isn’t such a bad one to have mistakenly worshipped all those years. A “Lord of the Rings” figurine could certainly get a lot worse.