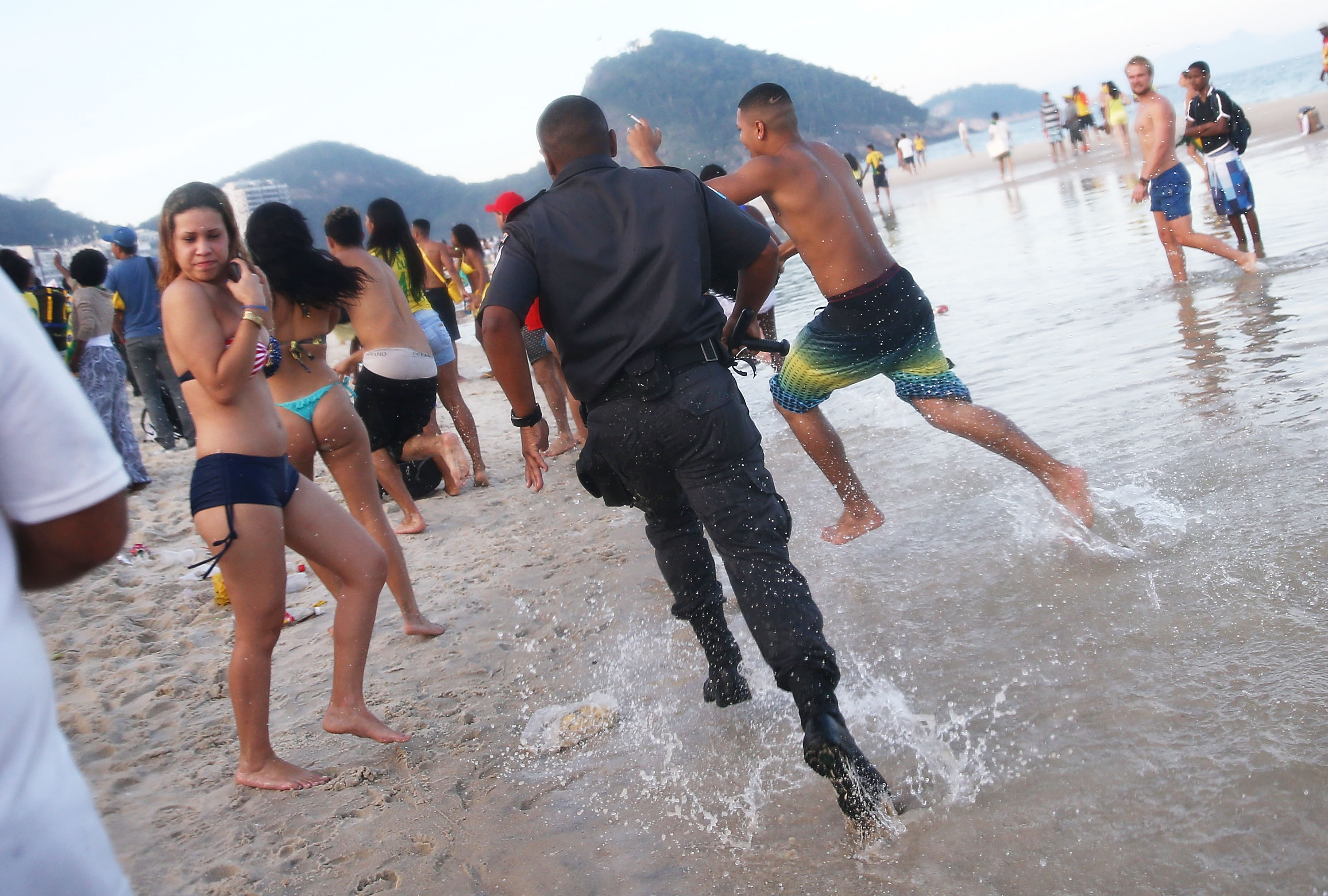 SAO PAULO -- Brazilian police killed more than 11,000 people between 2009 and 2013 for an average of six killings a day, a public safety NGO said Tuesday.

"The empirical evidence shows that Brazilian police make abusive use of lethal force to respond to crime and violence," the report said.

There were 416 people killed last year in Rio de Janeiro state, giving it the highest per-capita rate for 2013.

The study also said 50,806 people were killed in all homicides last year, about one person every 10 minutes.

Nearly 70 percent of the homicide victims were black and more than half were ages 15 to 29, it said.

In addition to using excessive force, Brazilian police frequently execute suspects, said Bruno Paes Manso of the University of Sao Paulo's Center for the Study on Violence. He called it "a practice rarely investigated."

Many residents in slums have complained of heavy-handed police tactics.

Before the World Cup, more than 20 police who patrolled in Rio's largest slum, Rocinha, were facing charges for the torture, disappearance and presumed death of a slum resident there, whom they were questioning in an effort to find caches of drugs and guns in the community.