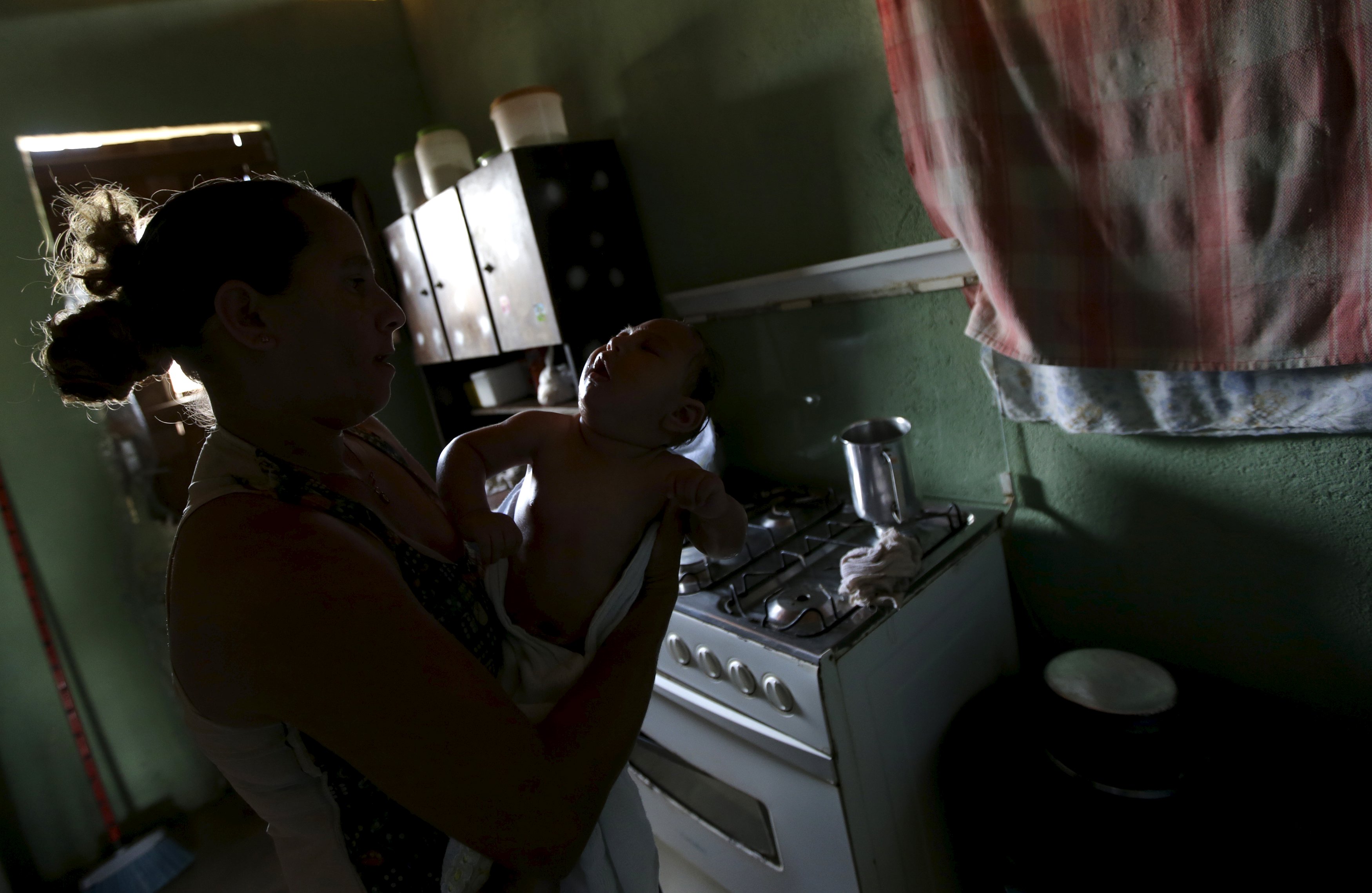 CAMPINA GRANDE, Brazil -- Last May, as the first cases of Zika were being detected in Brazil, cities at the frontlines of the epidemic stopped receiving government shipments of insecticide to kill mosquitoes.

In Campina Grande, a city of 400,000, the shortages continued even after President Dilma Rousseff declared the mosquito-borne virus a national health emergency on Nov. 11.

The lack of larvicide is one of a string of public health failings crippling Brazil's ability to manage the Zika outbreak and the surge in rare birth defects believed linked to it. A weeklong tour by The Associated Press of the impoverished northeast where the epidemic is most severe found public hospitals starved for funding and local officials scrambling to care for the stricken babies.

"In 19 years of working in environmental control I've never seen so much disorganization," said Rossandra Oliveira, who manages mosquito control in Campina Grande.

The immediate culprit is Brazil's deepest recession since the 1930s. But experts say the collective failure to tackle corruption and crushing inequality is also to blame.

If addressing such longstanding scourges weren't a steep enough challenge, Rousseff must now do so while fighting for political survival. This week, thousands of Brazilians poured into the streets to demand she resign over a widening corruption scandal now ensnaring her mentor, former President Luiz Inacio Lula da Silva.

Health Minister Marcelo Castro was at a loss to explain what happened.

"If there was this shortage - which I cannot attest to if there was or not - it was for a short time, and was an isolated incident that does not affect the overall situation," Castro said.

Castro said shipments have been normalized since he took office last October.

"We've made a huge effort to ensure that there's no lack of larvicide in any part of Brazil," he said in an interview.

But documents obtained by the AP from prosecutors indicate that the shortages were so severe supplies had to be rationed nationwide between August and October.

Castro said that the most effective way to fight mosquitoes is eliminating the breeding sites lurking inside homes.

But virologists say it's important to leverage all weapons, including larvicide, which is dropped into makeshift cisterns that proliferate in the northeast due to a lack of reliable running water.

Instead of past failures, Rousseff has been appealing to national pride. The T-shirt she wore to kick off a nationwide clean-up campaign read, "A mosquito is not stronger than an entire country."

Ground zero is Pernambuco and Paraiba. Since Zika was detected in Brazil, the two states have accounted for 40 percent of the 6,480 reported cases of babies born with shrunken heads, a rare condition known as microcephaly.

In the dusty town of Monteiro, walk-ins to the town's hospital tripled around Christmas. In a single 24-hour period, the hospital burned through a month's supply of pain killers.

"It was a very sad New Year's. There were no parties, no fireworks. Every family had at least one person sick," recalls Ana Paula Barbosa Oliveira, the hospital's pregnant director, who worked throughout the panic until falling ill herself with what she feared was Zika.

The hospital had to handle the stampede after the state government - for 15 months - stopped sending checks to keep the facility running. The town sued last year and won. But over $1 million in back payments remains uncollected.

Paraiba's health secretary said the state assisted local officials during the crisis with two visits to the town. But when pressed, he didn't provide details.

The city-run Pedro I hospital in Campina Grande is another example of government neglect. There, 29 babies with microcephaly are receiving physical therapy to help their long-term development. The mayor's request for $1.5 million from the Health Ministry to buy an MRI scanner has gone unmet.

It's not just Brazil's long-neglected backwaters struggling. For years, the public health care system has been on life support.

In Recife, a city of 1.6 million, where more than 300 babies with microcephaly are being treated, health secretary Jailson Correia feels frustrated. A pediatrician with a doctorate in infectious diseases, he requested $7.5 million in emergency funding in a Nov. 24 meeting with Castro. Only $300,000 arrived.

The insult was double when Rousseff visited a few weeks later to inaugurate a highway.

"It's amazing how a 1 centimeter mosquito is unmasking so many of our problems," reflects Correia. "I'm not saying a crisis of this proportion is welcome, but perhaps it will finally make us reflect on what kind of society we want to live in."