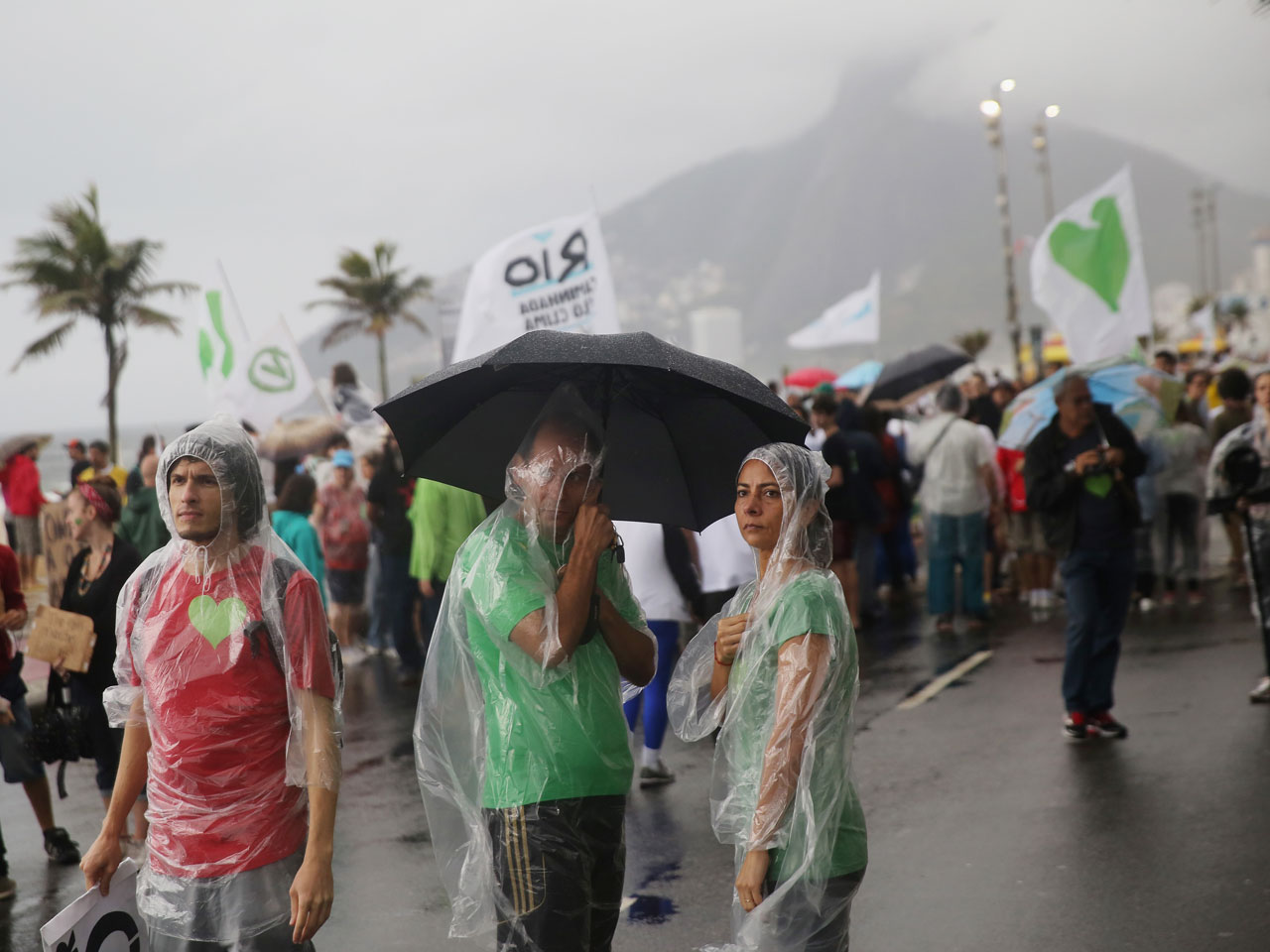 UNITED NATIONS - More than 30 countries set the first-ever deadline on Tuesday to end deforestation by 2030, but the feasibility of such a goal was eroded when a key player, Brazil, said it would not join.

The United States, Canada and the entire European Union signed on to a declaration to halve forest loss by 2020 and eliminate deforestation entirely by 2030.

"This is the family photo we have been looking for decades," said Charles McNeill, a senior environmental policy adviser for the U.N. Development Program in an interview with The Associated Press. "The forest issue is where everyone comes together."

But, like in any family, there were signs of dysfunction before the agreement was formally unveiled on Tuesday. Brazil said it would not endorse the pledge, complaining it was not included in the preparation process.

Brazil's position also highlighted the divisions between countries as they prepare to continue formal negotiations later this year in Peru in the hopes of meeting a late 2015 deadline for a new international treaty.

"Unfortunately, we were not consulted. But I think that it's impossible to think that you can have a global forest initiative without Brazil on board. It doesn't make sense," Brazilian Environment Minister Izabella Teixeira said in an interview with AP on Monday.

If the goal is met, the U.N. says it would be the equivalent of taking every car in the world off the road. The group also pledged to restore more than one million square miles of forest worldwide by 2030. Norway vowed to spend $350 million to protect forests in Peru and another $100 million in Liberia. Dozens of companies, environmental groups and indigenous groups signed on.

But without Brazil, a halt to deforestation would nearly be impossible.

"A deforestation agreement without Brazil is like a carbon reduction plan without the United States," said Paul Wapner, professor of international environmental policy at American University.

McNeill said "there were efforts to reach out to Brazilian government people but there wasn't a response."

"There was no desire to exclude Brazil," McNeill said. "They are the most important country in this area. An effort that involves Brazil is much more powerful and impactful than one that doesn't."

Teixeira says her government had concerns that the text could clash with Brazil's national laws, which allow for managed felling of the Amazon and other forests.

However, three Brazilian states - Acre, Amapa and Amazonas - were among the signatories of the pledge.

McNeill, who said the UNDP facilitated the forest declaration process, said the effort to get countries to sign on would continue until the Paris summit. "Hopefully, Brazil will have a chance to get on board," he said.

Teixeira emphasized that Brazil is committed to protecting the Amazon rainforest, which is considered one of the world's most important natural defenses against global warming because of its capacity to absorb huge amounts of carbon dioxide.

Brazil's rate of deforestation has fallen 79 percent since 2004, according to government figures. But last year, the government reported that annual destruction of its Amazon rainforest jumped by 28 percent after four straight years of declines.

The destruction was still the second-lowest amount of jungle destroyed since Brazil began tracking deforestation in 1988, but environmental activists blamed the increase on recent loosening of Brazil's law meant to protect the jungle. They also say that the government's push for big infrastructure projects like dams, roads and railways is pushing deforestation.

Teixeira denied that the increase had anything to do with the revised Forest Code law, which was passed two years ago after more than a decade of efforts by Brazil's powerful agricultural lobby. The changes mostly eased restrictions for landowners with smaller properties, allowing them to clear land closer to riverbanks and other measures.

On the broader climate change talks, Brazilian President Dilma Rousseff said at the U.N. summit that any "new climate agreement must be universal, ambitious and legally binding," though she said Brazil "will not relinquish the need to reduce inequalities and raise the living standards of our people." Along with Brazil's progress in combatting deforestation, Rousseff emphasized her country's efforts to promote low-carbon agriculture and renewable energy.

After the last climate change talks in Copenhagen five years ago, which failed to produce a binding treaty, Brazil set a voluntary goal of reducing its emissions by nearly 40 percent by 2020