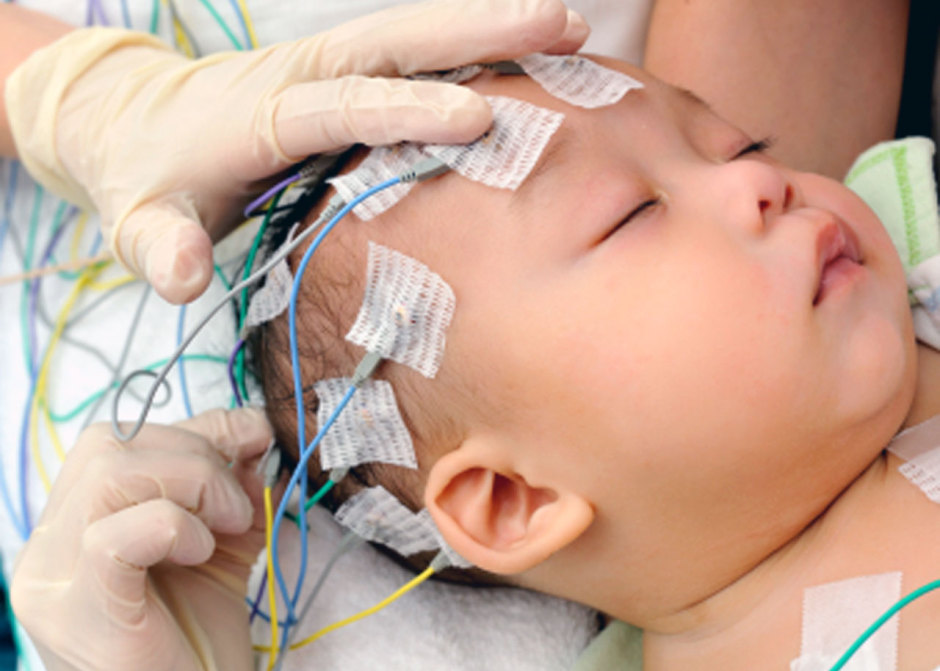 Measuring how quickly a child's brain processes sounds might help identify the severity of autism, according to a new study.

"The finding that the brain's response to certain types of information is associated with autism severity is hugely promising," said senior researcher Sophie Molholm, an associate professor of pediatrics and neuroscience at Albert Einstein College of Medicine in New York City.

"A major goal of autism research is to develop measurements to diagnose the disorder as early as possible, and that can help to identify areas of weakness, and strength, so that treatments can be optimized," Molholm said. "Our work shows that measuring brain activity is a viable approach to achieving these goals."

The findings were published in the Sept. 22 online edition of the Journal of Autism and Developmental Disabilities.

Approximately one in 68 children has been diagnosed with an autism spectrum disorder, according to the U.S. Centers for Disease Control and Prevention. But the experience of autism for these children differs significantly in terms of their symptoms and impairments.

Molholm's past research found that among children with autism, the brain takes slightly longer -- measured only in milliseconds -- to process sounds, sights and other sensory information.

In this study, Molholm and her colleagues measured this processing speed in 43 children with autism, aged 6 to 17, using electroencephalograms, or EEG (brain wave) recordings. When the children were shown an image, played a tone or provided a tone and image at the same time, they pressed a button while the EEG recorded how quickly their brains registered the stimulus.

Then Molholm's team compared the children's visual, audio and audiovisual processing speeds to the severity of their symptoms. The researchers based their assessment of autism symptom severity on how great the children's social-communication difficulties were, how severe their repetitive behaviors were and how restricted their interests were.

"As we develop EEG probes that measure areas of dysfunction, or even areas that individuals with autism are unusually good at, we should be able to use them as tools to help diagnose autism," Molholm said.

This study's particular finding on audio and audiovisual processing, however, would only apply to those with slower sensory processing. That may not necessarily include all individuals with autism spectrum disorders, she said.

In addition, the association seen in the study does not prove a cause-and-effect relationship.

One autism expert expressed optimism about the study, but noted it has some significant limitations.

"The finding is intriguing and may well open new areas of researching the problems those with autism spectrum disorders have in interacting with their environment," said Dr. Glen Elliott. He is a clinical professor of psychiatry at Stanford School of Medicine and chief psychiatrist and medical director of the Children's Health Council.

Elliott emphasized, however, that the study is very small, with several different variables and with measurements taken at only one point in time. He added that measuring "severity" of autism can be problematic.

"There really is no standard, partly because it's multidimensional," Elliott said. "One can't just count symptoms because a severe impairment in one area might be much worse than mild impairments in a number of areas."

But if further research in this area could overcome that challenge, then using brainwave measurements may be helpful, he suggested.

"An objective measure of autism severity would, indeed, be a boon -- for example, allowing regional centers to set a cut-off of who does and does not qualify for services, even if they meet criteria for autism spectrum disorder," Elliott said.

Molholm said she plans to continue looking at ways that EEGs can be used to assess individuals with autism spectrum disorders.

The more precise these tools can become, then the more information they might be able to provide long before it's currently possible to diagnose autism based on behavior.

"We imagine that once developed, these will be used in conjunction with clinically based diagnostics, at least for the foreseeable future," Molholm said. "However, the hope is to get to the point where they can be used for very early diagnosis."