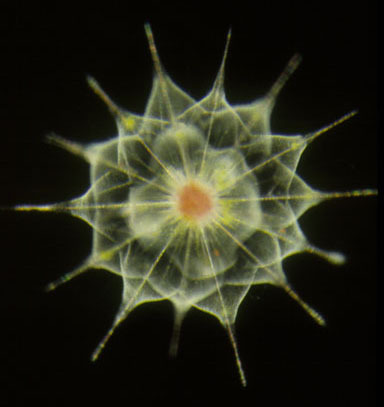 (CBS News) Health officials are investigating the death of a 9-year-old Minn. boy who may have ingested a brain-eating amoeba while swimming in a local lake.

Brain-eating amoeba: How to stay safe from Naegleria fowleri

CBS Minnesota reported that the Minnesota Department of Health was looking into the death of Jack Erenberg, who died from a brain infection called amoebic meningitis on Tuesday. Officials have closed Lily Lake in Stillwater, Minn. where the boy had been swimming prior to the infection.

According to the department, the suspected case of primary amoebic meningoencephalitis (PAM) is a very rare form of meningitis associated with amoeba found in warm freshwater. Officials are working with the CDC to confirm the cause of the child's death and hope to hear results as early as Thursday.

The infection is caused by the organism Naegleria fowleri, which enters through the nose and is almost always fatal.

Lily Lake was eyed as a likely source in an August 2010 case of the infection in which a 7-year-old Annie Bahneman died, CBS Minnesota reported. Her family thinks she contracted the amoeba when trying to do handstands in the water. The lake remained closed on Wednesday as a precaution. Health officials have called the boy's death a "weird fluke."

"The risk of infection from Naegleria in Minnesota is very low," Richard Danila, assistant state epidemiologist, said in a health department press release. "Swimming is a very healthy summertime activity and we do not want to discourage people from swimming," he said. "Rather, simply avoid swimming, diving or other activities in obviously stagnant water when temperatures are high and water levels are low."

According to the department, there were 40 reported cases of infection with Naegleria fowleri from 2001 through 2011. Last summer three children died after contracted Naegleria fowleri. At the time, epidemiologists saidof the 118 people known to have had the infection since 1962, only one survived.

Jeremy Lewis, father of a 7-year-old boy, Kyle, who died in 2010 from the amoeba after swimming at Lake Granbury in Texas, disagrees with officials' contentions the amoeba is rare and risk is low.

"I ask you if three to four children dying a year is rare," Lewis told HealthPop. "How many children is it going to take before this is recognized as a danger?"

Lewis now heads the Kyle Lewis Amoeba Awareness Foundation, to spread awareness about the potential dangers of the amoeba that is found in many fresh water areas.

The CDC says swimmers can take precautions during extremely warm periods by keeping their head out of water, using nose clips or holding their nose shut, and avoiding stirring up dirt and sediment at the bottom of shallow freshwater areas.

The CDC has more information on Naegleria fowleri.