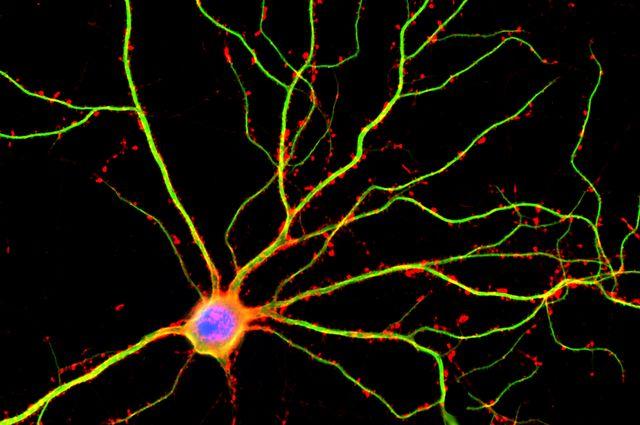 New research could challenge scientists’ fundamental conception of how the brain works, perhaps paving the way to new treatments for mysterious neurological diseases.

The study from the University of California, Los Angeles, published in the journal Science, takes a closer look at functioning of neurons, the nerve cells of the brain. Neurons are large, tree-like structures made up of a body, called the soma, as well as branches, called dendrites.

For years, scientists have believed that somas generate electrical pulses, or “spikes,” between each other and that dendrites primarily exist as passive vehicles that move those spikes along. This process forms the basis for how we make and store memories, how we learn, how we perceive reality, and more. The brain contains about one hundred billion neurons.

But the UCLA study could upend that understanding and reveal a bigger role for dendrites in thinking and forming memories.

The team let laboratory rats roam freely in a maze while measuring their dendrite activity with electrodes, using a newly developed technique that placed the electrodes near, but not in, the dendrites themselves.

They found that the rats’ dendrites were extremely active during periods of free movement. Not only do they generate their own spikes, but dendrites generate nearly ten times more spikes than somas. And rather than passively transmitting spikes from neurons’ cell bodies, they appear to make their own decisions regarding electrical pulses that stem from somas.

In short, dendrites do much more than play second fiddle to somas.

“It totally shocked us,” UCLA neurophysicist Mayank Mehta, senior author of the study, told CBS News. “That turns the whole story upside down.”

The research, by deepening scientists’ understanding of the brain’s nerve cells, could lead to new insights on neurological diseases that afflict those cells, Mehta said. Specifically, doctors may now look more closely at dendrite activity among patients with devastating neurological disorders, from Parkinson’s to Alzheimer’s to Huntington’s Disease.

“There’s a very high chance it’s actually the dendrites talking, not the cell body, which is a whole different language, and that has tremendous implications for the diagnosis of diseases,” Mehta said.

“That’s a new language of the brain that we’ve never studied before.”