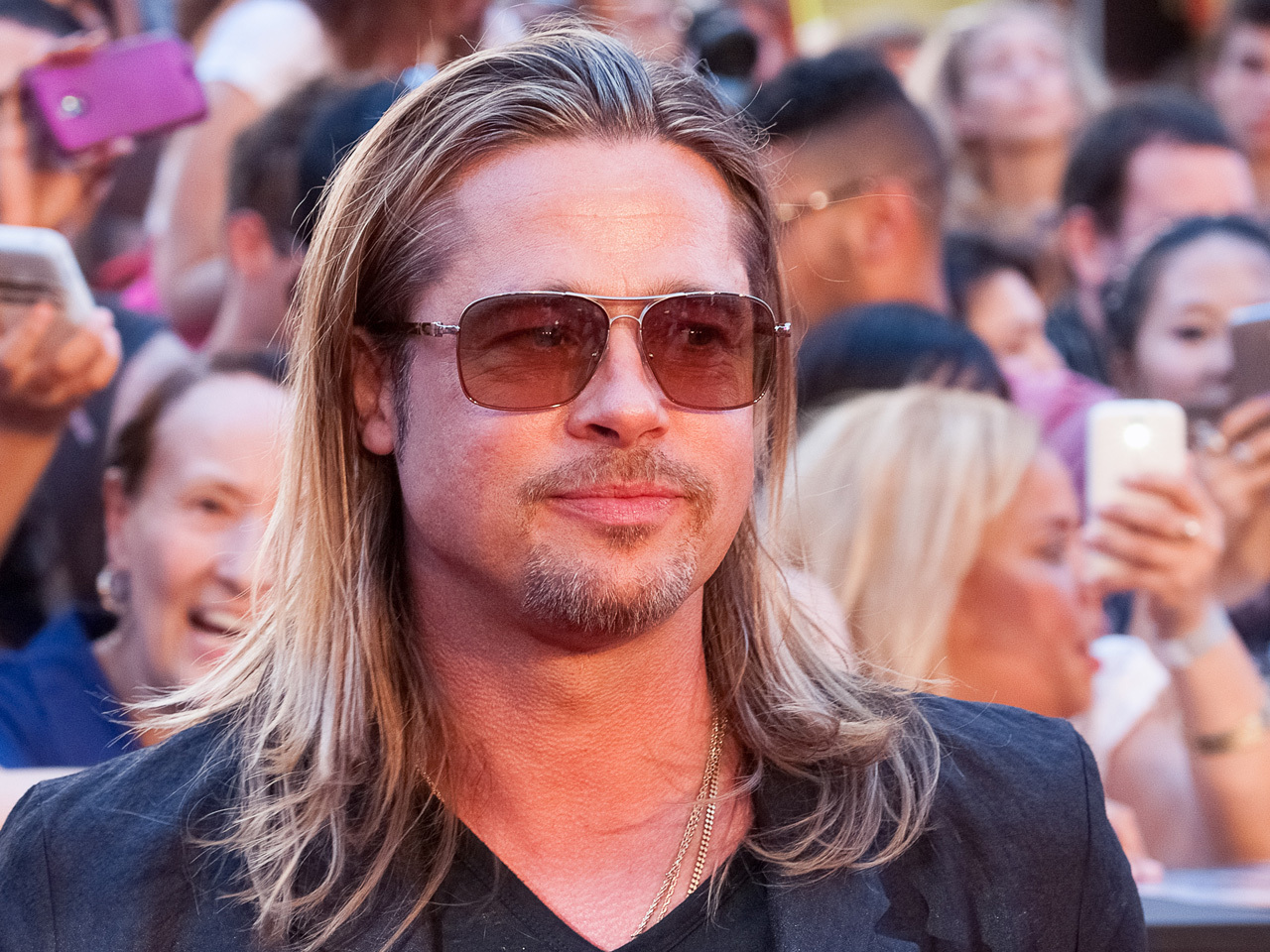 Brad Pitt was greeted by thousands of screaming fans in New York's Times Square Monday night at the premiere of his new film, "World War Z."

The Hollywood star went solo to the event, with fiancee, Angelina Jolie, and their six children staying at home in Los Angeles.

This gave Pitt plenty of time to take pictures with grateful fans and to speak with CBS News on the red carpet about the new apocalyptic thriller. In the film, he plays a United Nations worker who goes on a quest around the world to try to find a cure to a zombie pandemic. The script was adapted from Max Brooks' 2006 best-selling novel of the same name.

We asked the 49-year-old actor if there are any plans to turn "World War Z" into a multi-film franchise. Pitt hinted that this may not be the last we see of the zombie uprising.

"There's so much material in the book. We could only get a fraction of it into the film," Pitt said. "There's a long ways to go if we want to do so. If the people in charge want to do so."

Check out the video above to see Pitt at the packed Times Square premiere and to hear how the Hollywood actor's children motivated him to star in the zombie film, which opens Friday.