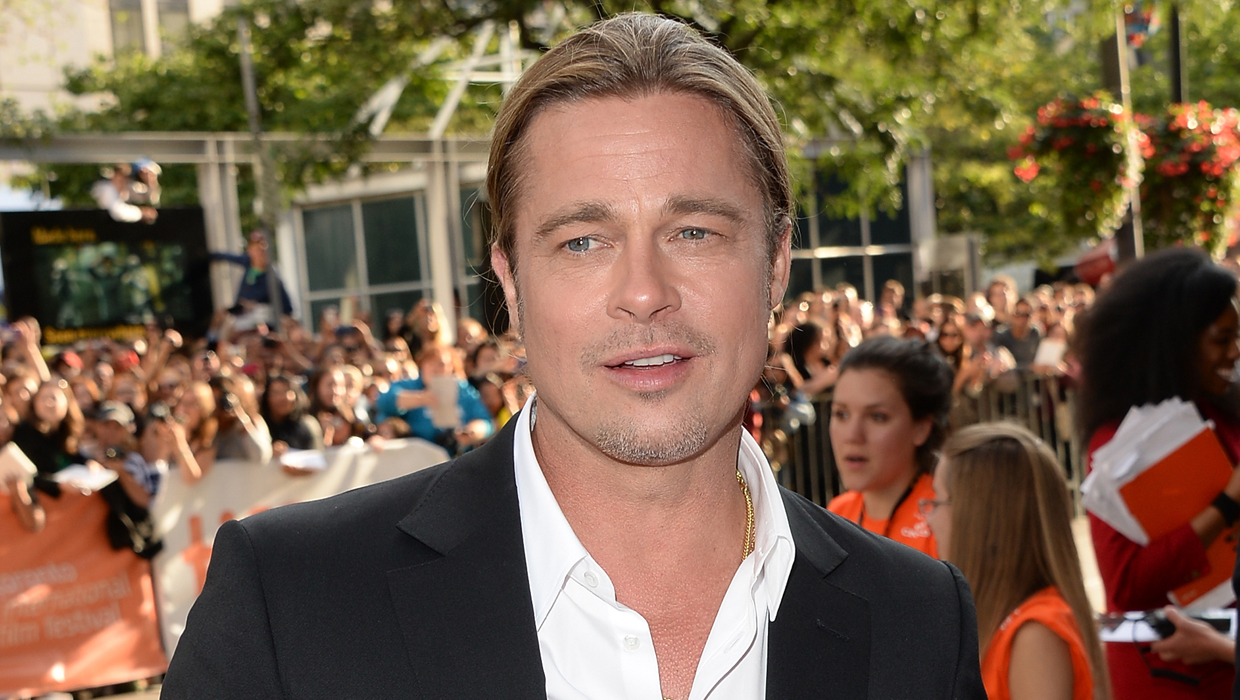 Pitt becomes part of the five-decade club on Wednesday, Dec. 18, and while there’s no word on how the actor, humanitarian and father of six is marking the big day (perhaps with a bottle of his and Angelina Jolie's award-winning wine?), the AARP is doing a bit of celebrating for him.

The organization (which Pitt is now old enough to join) honored Pitt with a special-edition birthday cover of AARP the Magazine to help him ring in the big 5-0.

Pitt can currently be seen on screen in the awards-favorite "12 Years a Slave," which he also produced. He's also producing the upcoming film "True Story" and HBO movie "The Normal Heart" under his Plan B Entertainment banner and will star in the World War II drama "Fury," which scheduled to be released in November 2014.

So how does he feel at 50? The three-time Oscar nominee -- whose film credits range from "Thelma and Louise" to "Interview with the Vampire," "Se7en," "Twelve Monkeys," "Fight Club," "Ocean's Eleven," "Mr. and Mrs. Smith" (with now-partner Jolie), "Inglourious Basterds," "Moneyball" and "World War Z" -- told Esquire earlier this year that he's pretty content.